Cursing the Day of One’s Birth

Cursing the Day of One’s Birth 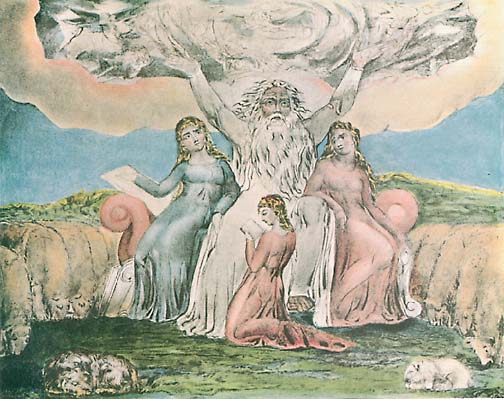 The concrete subtleties of Hebrew narrative can easily elude readers versed in theological talking points and religious "viewiness" (to quote Cardinal Newman).  We all have just enough pseudo-education in our blood that we cannot really help but reduce the Book of Job to a predictable series of lame paradoxes and postmodern clichés.  Meanwhile, the Job story demands intrepid readers—you know, the kind of seekers who peer at words in the same way explorers once groped doggedly along fog-shrouded shores seeking the elusive Northwest Passage.  Sadly, the age of exploration has long passed, and so, it seems, has the age of books and reading.  In their places, we have sated rich folks queuing up Everest at 60,000 dollars a pop, and instead of real books of discovery, we have commentaries on top of commentaries (and blogs to no end).

I am fairly certain that some exegete has already noted in his dismal commentary that when Job curses "his day" in Chapter 3, he was actually cursing God.  And I am sadly aware that in not a few North American Sabbath Schools, the resident wag will repeat precisely this querulous insight, letting it hang in the air like a stink bomb to the Faithful’s serene confidence in the Quarterly.  It follows that my reading of Job, Chapter 3, will be a primitive one: concrete instead of abstract.  Ancient literature has ever been "of the world" in the sense that it trades in the res; the things that God has made (however marred by sin).  What secular modern and postmodern man invents: the abstractions, the generalizations, the pomposities of theory and speculation cannot be found in the world of God made things.  They exist only in our sordid minds.

When Job curses "his day" (his birthday, that is), he is not cursing his life.  Neither is he cursing the God who gave him life.  If, as Augustine claims, words mean something because they signify what God has made, we can only understand the semantic value of Job’s cursing of "his day" if we leave the words in the linguistic welter of things that make up Chapter 3.  A quick read of the chapter reveals a crescendo of lament: first, Job would have the day of his birth "perish"; he desires his birthday to vanish from the calendar— a day that never dawned; a day "stained by the shadow of death."  A day uncreated by God because that day failed to abort Job’s birth—it failed to "shut up the doors of my mother’s womb" (verse 10).  Second, failing the removal of his birthday from the calendar (the erasure of history, as it were), Job wonders (more realistically) why he could not have just died at birth: "why did I not give up the ghost when I came out of the belly?", and rather perversely, "Why did the knees prevent me? Or why the breasts that I should such?" (verse11-12).  Finally (and here the crescendo reaches it climax), Job contemplates the advantages of being dead and of dying in the present, very real advantages, by the way, which we often fail to acknowledge in our inculcated paranoia of death:

[In the grave], the wicked cease from troubling; and there the weary prisoners rest… the prisoners rest together; they hear not the voice of the oppressor.  The small and the great are there; and the servant is free from his master.

Verse 19 is telling, given its implied longing for a just world: a world in which "the servant is free" from oppression.  Note, too, how the crescendo reaches a bleakly positive climax: death is good to the extent that it achieves the great leveling or just equalizing of human society.  Here Job reveals his tragicomedy dilemma: justice will come to each of us, but only, it seems, in the grave.

Job’s desire to have died at birth (or his wish for death as an adult) does not mean that Job has come to hate God; nor does it in the least signify that Job is suicidal (this is not a tragic story and not just because of its happy ending!).  Job wishes he had died at birth (if not before), not because he presently hates life or the God of life; rather, he has come to hate the "misery" in life, its injustices, to be precise (verse 20). And for that reason, alone, he desires to have never been born (There is no evidence in the text that Job ever contemplated self-murder).  Job resolutely maintains a distinction between life and the misery that inhabits life, like some grotesque cancer.  Job longs for the grave because the dead "rest" there (verse 17); it is the rest he desires, not the grave, per se.  Job also expresses a wish to die because he can see no purpose in knowing the light of justice in a world where dark injustice seems to prevail. The question is raised: "Why is light given to him that is in misery, and life unto the bitter in soul…?" (verse 20).  To put it bluntly, Job is fed up with injustice, and for this reason, and this reason alone, death has become attractive to him.  His question is a profound one: why can I not just die and, thus, escape the gross injustice that now stains my life?

The indirect but superbly ethical and concrete answer to that question is only found in the Book’s epilogue when Job grants his second set of daughters "inheritance among their brothers."  Here, and nowhere else, we discover the ethical imperative within human suffering: Job must suffer and God must allow it, not only to settle a metaphysical dispute, but also to enable Job to gain empathy as a necessary condition if Job is ever to recognize the suffering of others and do something to remedy it.  You see, in Job’s culture, sisters were often invited to their brothers’ birthday feasts (the Ugaritic tables bear this out), but they were not, as far as we know, typically granted equal inheritances with their male counterparts.  The contrast between Job’s treatment of his first set of daughters (their benign but unjust inclusion at the brothers’ birthday feasts) contrasts heavily with Job’s treatment of his second daughters.  What changed?

The only plausible inference we can draw here is that Job’s suffering enabled him to move from a conventionally benevolent regard for his daughters to an empathetic understanding of their plight as women.  Job’s misery, alone, made possible the radical and culturally incomprehensible change with respect to how Job both regarded and, thus, treated his second daughters.  It is as if God says, "No, Job, you cannot die just yet; the grave may be a ‘fine and private place, but none, I think, do there embrace’ (apologies to Andrew Marvell).  No, Job, while it is true that the dead are ‘together" (verse 18), it is not true that they enjoy relationships.  The Epilogue enjoins a truer kind of sociability: the unity of shared pain and the promise of a greater level social justice in this life (no secular utopianism here; just ethical actions that change things as much as possible).

The point is clear: only Job’s own unjust suffering enabled Job to see what his culture had blinded him to: namely, the painful scenes of his first daughters attending their brothers’ birthday feasts year after year but never having any birthday parties of their own.  It follows that God does, indeed, answer Job’s question as to why he must endure misery and injustice as a Believer.  The answer is in the epiphany of Job’s suffering, an epiphany without which no truly liberating ethical action would ever be possible, given the self-absorbed nature of the fallen consciousness.[1]

Karl G. Wilcox is a Professor of English Literature at Southwestern Adventist University.

[1] A scholarly version of this essay is forthcoming in the Journal For the Study of the Old Testament.  I would also hasten to observe that this essay does not qualify as a species of feminist criticism, since it allows that a patriarchal figure (under God’s rather severe instruction) may possibly remedy the abuses of women in his family if not his entire culture without having to either abandon his patriarchal role or empower said women to remedy their own injustices themselves.