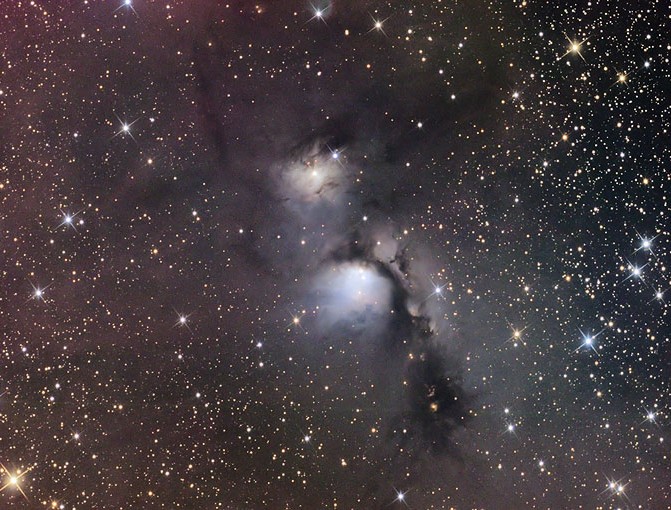 Theodicy, or the justification of God in the face of evil, is a presumptuous undertaking.  Why should deity necessarily be the epitome of all that is good?  The ancient Mesopotamians did not assume so.  The Sumerian and Babylonian gods were capricious, fickle, and only sometimes beneficent; there was no expectation of ultimate goodness. These were as humans on a higher plane of existence—what we are to the animal world.  We cherish some, we eat some, we exterminate others.  It was a long journey to Anselm’s assertion that “God is that than which nothing greater can be conceived.”  The life of Jesus was transformational in showing God’s universal love and compassion for all creation.  This was the Good exemplified perfectly in a life on Earth (Mark 10:18).  But suffering exists.  So how could God also be all-powerful?

Job presents two or even three theodicies.  The good friends who come to comfort Job press the Deuteronomic principle that God blesses the righteous and punishes the wicked.  It is still a popular principle considering the runaway success of the little book The Prayer of Jabez a few years ago.  It is appealing to believe that doing right brings material as well as spiritual blessings.  Job, in his suffering, challenged this worldview.  He too had assumed it, but experience forced him to reject it.  And not he alone, for many on Earth the hard world interposes and results in Job-like questing for new answers.

God’s speech condemns the friends’ view of evil but pushes the answers to the unknowable realm.  It is not a fully developed theodicy.  Job is humbled, rebuked, but also vindicated in his protest that he has not brought this suffering upon himself by his actions.   He gets no ultimate answers, but neither is he blamed.

But it is with the inclusio (Job 1-2, 42) that Adventists have most identified. The Great Controversy Scenario (GCS), the idea that evil originates in quasi-externality from ourselves and lingers for reasons bigger than our bit-parts in the cosmic play, pushes the problem beyond our lifespans.  It is apocalyptic in the sense that like apocalyptic prophecy, justice comes at the end.  Good and evil are played out on Earth to show the outcomes: that God is good and evil is not a viable alternative.  The Good sustains, but its counterpart, in fruition, destroys.  In subordinating God’s power to his goodness for the sake of preserving freewill, we have to assume the cost of suffering.  Why so many; why so much; why so long?

The answers in this theodicy aren’t completely satisfying.  Like Gödel’s Incompleteness Theorem in mathematical logic[1], which states the truth of a system can never be proven from inside the system, the complete picture can only be viewed from beyond.

In teaching a class on the prophetic books of the Bible some years ago, I closed the last class of the quarter with a question to my students:  Which book did they most resonate with?  Some chose a minor prophet, others a major work. I chose Isaiah.  Only one individual in the large class chose an apocalyptic book (4th Esdras was our reading).  He was the most damaged child, the one who had cried out again and again each time he was sexually abused for God to stop the older males; but God did not.  For him, no explanations were worth the breath exhaled.  Only an answer from beyond, at the end of all things, chanced to satisfy.

The GCS has been a long time in the making.  The first and last chapters of Job frame the inexplicable suffering of Job, the treatises of the friends, and God’s monologue, in a cosmic story.  Beyond Job’s purview, events are unfolding for the vindication of God’s claims.  Good and evil struggle to prove the root of goodness.  Is it bought or chosen freely?  At what cost is goodness and truth?  Is it worth the lives of Job’s ten children and their families?  Is it worth the cost of the quotient of suffering in Earth’s history?  Job’s final verses (42:10-17) run the risk of reinstating the theology of the friends.  So God does make it right in this life, after all?  Walking through the ruins of the Auschwitz-Birkenau gas chambers, I knew there was not always deliverance.  Innocent children, desperate mothers and fathers, prayed for God to intervene. But God did not.

Central to the vindication of God before Satan was whether Job chose God of his free will and not from coercion or bribery.  The role of free will is central to the GCS and has its roots in two thousand years of Christian reflection.

The early Church Father, Irenaeus, Bishop of Lugdunum, Gaul (now Lyons, France), a hearer of the aged Polycarp who was himself a student of John the Apostle, came close to a free will theodicy.  He wrote that God allowed evil because to intervene to prevent evil would be to interfere with free will.  The free will of my student’s abusers must carry through; the free will of a Nazi regime accomplishes its final solution.

But of course this can only beg the question. Is freedom this precious? Is this really the greatest good? Yet anything less places God with the Mesopotamian deities who do not always choose the highest good.  When is enough, enough?  Like Gödel, we can see an unassailable answer is not available from inside the system.   In effect, we return to God’s monologue, “How can we mortals presume to know?”

The GCS was expanded in hexameral literature by playwrights and poets in the Middle Ages.  Their morality plays and verses provided scenes of heavenly warfare, scheming fallen angels, and even the immediate effect on weather when Adam and Eve ate the fruit.  Heaven and earth were not far apart, but a great gulf was fixed.

The Copernican revolution posed a theological crisis to the medieval worldview where heaven was above, humankind was at the center, and perdition lay below.[2] Newton’s clockwork universe further pushed back God’s place in space.  But in time, a fixed, orderly universe was incorporated in theological cosmology and was held to reflect the mind of God.

In Paradise Lost, John Milton concatenated established traditions and elaborated on medieval scenes.  He placed them in a universe of stars and planets wheeling about in their fixed motions.  Earth, the newest creation, became the home turf of the expelled angels.

Milton’s Satan, Adam and Eve, angels, and God navigated the realms of a relatively small Heavens and Earth.  E. G. White fitted them in a Herschelian universe of expanded dimension and multiple worlds but still quite Newtonian.  Fixed, orderly, permanent, only Earth suffered the ravages of the unleashed forces of nature.  Life on the exoplanets was peaceable, perfect, and permanent.

In an age of Hilbert space, stellar life cycles, colliding galaxies, proton decay, and a universe destined to heat death or big crunch, perhaps it is time for a UCS (Universe Controversy Scenario).  Our purview has now extended 14 billion light years into the past and beheld the dynamic composure of the universe.  Not all of the answer can be ascertained from inside the system, but the entire universe is God’s origination; God, permanency, and the answers lie beyond.  Perhaps we should all be “apocalyptic theodicists” in accepting this.  Could our entire universe be the stage and all its parts merely actors? Good and evil play their parts and, in the end, expire.

A morally compromised universe that nurtures originality and free will that in the end answers eternally, ‘What is Good?’ might be worth it.  With Job, we can’t really speak, but we can live for the Good.  With Job, we will someday know.

[2] Max Wildiers outlines much of this history in his book, The Theologian and His Universe.