Sharing Music in the City of Angels

Sharing Music in the City of Angels 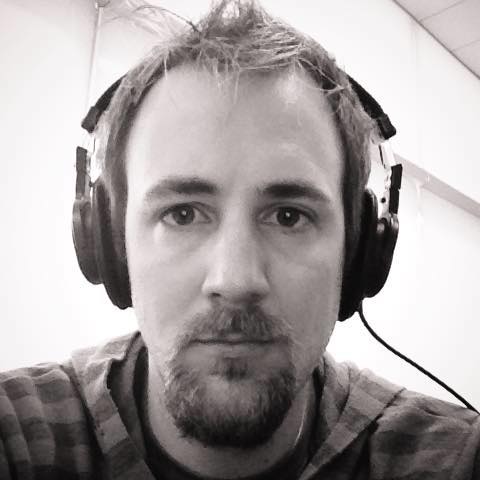 Brian Lauritzen, 2006 graduate of Southern Adventist University, is a big name in broadcasting in Los Angeles. Here he talks about the power of radio to make connections, why he feels the Adventist church is perpetuating oppression, and what it was like to interview a spandex-wearing Placido Domingo.

Question: You are the producer and host of Classical KUSC's nationwide concert broadcasts of the Los Angeles Philharmonic as well as KUSC's weekly arts magazine Arts Alive and the choral music program Soul Music. What is the best thing about working in radio?

Answer: Radio, more than any other medium, is about companionship. For me, that's what sets it apart and what makes it so rewarding. It's a mass medium, but one that is directed toward the audience as individuals. When I open the microphone, sure, I'm speaking to tens of thousands of people, but my goal is to sound like I'm speaking to one person: you. I love that I'm able to make personal connections with people I've never met through the music that I play on the air.

Question: You have interviewed top classical musicians and artists in your job, including Placido Domingo, Itzhak Perlman and Gustavo Dudamel. Who were you most nervous about meeting and interviewing? Who was the most fun? What makes a good radio interview?

The key to a great interview is to listen. That may sound obvious, but it's truly an art. The kinds of interviews that I do are with artists who are at the top of their field. So, there's no such thing for me as over-preparation. I have to know an artist's work intimately: who inspired them, who they inspired, their philosophies, and very importantly, what they despise as well. You can't fake knowing an artist's career. He or she will call you on it every time. I never go in with a list of questions, because that limits the freedom of conversation. I do keep a list of topics at hand, but I only use them as the basis for moving the conversation forward.

Probably the most apprehensive I've ever been going into an interview was a few years ago: my one and only interview with the late French composer and conductor Pierre Boulez. He was one of my idols growing up and also had a reputation for being difficult. (He once interrupted a concert of music by Igor Stravinsky, leading a group of young composers banging hammers on the chairs of the auditorium, protesting the fact that Stravinsky's new music was too conservative.) Turns out, Boulez couldn't have been nicer. He gave me a thoughtful, engaging interview and it turned out to be an experience I will never forget.

Another favorite interview was one I did with Placido Domingo. He was singing in an opera where his character dies at the end of Act II, but he had to stick around during Act III so he could come on at the end and bow with the rest of the cast. So, during the third act, he had some time to kill. He listened to an audition or two and did an interview with me. It was a very modern production and he was still in costume, since he had to go out and bow later, so I have vivid memories of sitting in Domingo's office at LA Opera, interviewing perhaps the greatest tenor who has ever lived while he's wearing an electric blue mohawk wig and very tight spandex.

You got your start at Southern Adventist University's radio station WSMC. Did you feel your training there was first-rate? How well did it prepare you for your job in LA?

I will always cherish my time at WSMC. I'm forever grateful to Richard Hickam, who convinced me to come shadow a few of the hosts at the station and who hired me. There's something invaluable about learning by doing and WSMC gave me that experience.

Question: Did your classes in broadcast journalism teach you what you needed to know? Can you credit your success now back to your student days? Are there things you wish you had learned that you didn't?

My broadcast journalism classes certainly gave me a good springboard for my career, both in terms of knowledge and in helping me discover my passion for storytelling. Stephen Ruf, in particular, really helped awaken that passion in me. He demanded excellence and it really inspired me knowing that he had worked in the field professionally as well. I got many papers and projects back from him with tons of red ink all over them. Minimizing the red ink became a huge motivation to me.

All of the journalism professors were insistent that we do internship(s) during our student days. I'm very grateful for that insistence, which drove me to apply for and have the opportunity to intern at NPR in Washington, D.C. That is where I ultimately realized I wanted a career in radio.

You grew up playing the cello, I believe. Do you still play? How does your background as a musician help you in your job?

How did you get your job at KUSC?

Not only did my internship at NPR confirm to me that I wanted a career in radio, it also opened professional networking doors. The people who I worked with at NPR put me in contact with the woman at KUSC who ultimately hired me. I sent her a demo of my work and she called me in for an interview.

Are you ever recognized around LA by people you don't know?

Not often, because I don't think a lot of listeners know what I look like. However, my wife and I were standing in line at IKEA once, talking about an LA Philharmonic concert we had been to recently, and the guy in line in front of us turned around and said, "Are you Brian Lauritzen?" He recognized my voice. . . .and the subject matter of our conversation.

Do you have other projects you are pursuing, as well as your day job?

I do a fair amount of public speaking about music: pre-concert talks, hosting public Q&As, etc. Two projects I'm most proud of: 1) I host a concert series at the LA Philharmonic called Inside the Music, which includes a video series tied to each concert. 2) I'm the Resident Host for a chamber music organization called the Salastina Music Society. We present concerts where, in the first half, I deconstruct a certain piece of music that has been deemed a "masterpiece," basically answering the question "Why is this a masterpiece?" Then, in the second half of the concert, the musicians perform that piece. It has proven to be a very popular concert format that really helps connect audiences to the music. I also produce podcasts for various arts organizations like LA Opera and the LA Chamber Orchestra.

What are your ultimate career goals?

My goal is to share the power and the joy of great art with as many people as possible. Through my work, I hope to show how that art connects to their lives, helps bring people together, and contributes to a well-functioning society.

Tell us a little bit about your family.

My wife, Brianne Slusarenko, is a physical therapist and co-owner of Body Synergy Physical Therapy in Pasadena and we have two rescue cats, Jacques and Fiona.

Do you consider yourself an Adventist still?

It's difficult for me to claim the label of "Adventist" given how the church currently treats women and LGBTQ individuals. Right now, official church policy is that women are less qualified to serve the church than men are simply because of who they are. Right now, official church policy is that, if you identify as LGBTQ, who you are is not acceptable in God's and the church's eyes and you must change. That is oppression. If I claim to be an Adventist, I am complicit in that oppression. Growing up in the church, I was taught that Jesus fought oppression and injustice every time he encountered it. As long as the church runs counter to His example, perpetuating oppression and injustice while marginalizing large groups of people, I question whether I can claim membership in that organization.

I'm grateful to have been raised in the Adventist church. I still agree with many of the church's fundamental beliefs. But in its insatiable quest for correct doctrine, the church has instead found dogma. The casualties of this are human. It makes me sad.

In 1924, a jazzman and Broadway composer named George Gershwin wrote a piece of music for piano and orchestra called Rhapsody in Blue. It was neither classical music, nor was it jazz. It was a hybrid style that lived in the liminal space between genres. It could have easily been dismissed as not fitting into either world: not jazzy enough for the clubs; not serious enough for Carnegie Hall. But instead, Rhapsody in Blue was embraced by both the jazz crowd and the classical music elites.

That's the kind of inclusion I wish the Adventist church would strive for. Rather than denouncing the music because it didn't "fit" the genre, the music served as a tool to open both jazz and classical audiences' ears to new sound worlds. To me, religion and spirituality is far too vast and wonderful of a mystery to allow a corporate entity to limit and exclude people from the process.