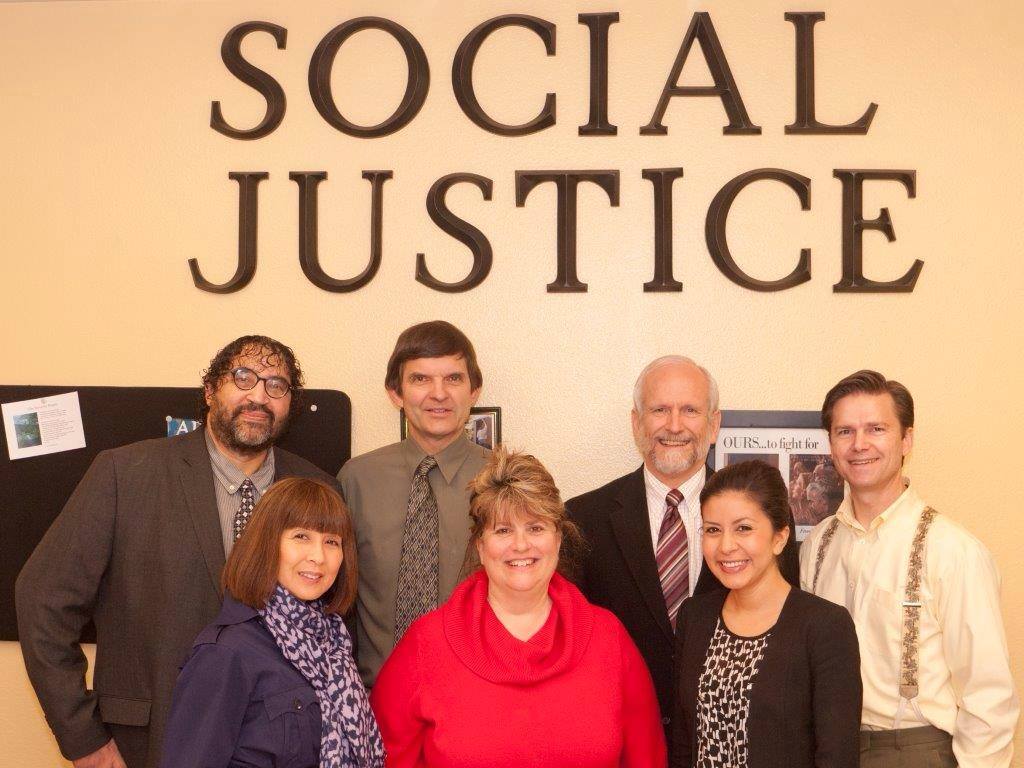 Dr. Greg Schneider, Chair of Pacific Union College's Psychology Department, has confirmed that yesterday afternoon he submitted to the Academic Dean his letter of resignation as department chair. Of the department's of the six faculty in the department in fall 2013, only one would remain. Four have resigned or retired within the last two years, protesting what is regarded as the college administration's curtailing of academic freedom. A fifth member of the department, Aubyn Fulton, has stated that he received notification that he will be fired at the end of this term, though that has not happened yet.

The news that Fulton would be let go, along with the resignations of professors Fiona Bullock and Charlene Bainum within the last month, shocked many students and sparked a campus-wide student demonstration. On Wednesday students marched across campus to the office of President Heather Knight with a list of requests, including a request for a town hall meeting. Last night, President Knight was joined by administrators Dave Lawrence (financial vice-president), Lisa Bissell Paulson (vice president for student services), Jennifer Tyner (vice president of enrollment and marketing), and Walter Collins (vice president for advancement) in a town-hall meeting hosted by Chaplain Jon Henderson. It was President Knight who did most of the talking.

Animated Town Hall Discussion
In the sometimes-animated town hall meeting during which students applauded and spoke passionately, Knight asserted that students' faith must be protected above all. "I think there is a journey that we have to take our students on intellectually and spiritually," Knight said, "but we've gotta hold their hands and we've gotta bring them back to a place of faith." Concerning academic freedom, she said, "There are some rights, there are some responsibilities. There are some limitations."

Much of the town hall discussion focused on Knight's decision to disinvite former Adventist pastor-turned-atheist Ryan Bell, whom Aubyn Fulton had invited to speak for a psychology class. Knight said Bell was too controversial of a figure to be a suitable guest lecturer.

"So was it more about public outcry?" a student asked. The student suggested that a more important consideration than how the public might react was the question, "Is this tied to our education?" The student said the Psychology and Social Work Department has produced results that demonstrate quality teaching. Knight responded that it matters what happens outside of campus because PUC is set up, operated and funded by the Seventh-day Adventist Church. If Ryan Bell, who had been "defrocked" by the Pacific Union Conference, were to come to campus as a speaker, PUC's reputation would take a hit, Knight said. She also noted that the union provides Pacific Union College $3.6M a year. Later, when pressed on whether money were the issue, Knight said she wasn't concerned about money because "God provides." She noted that the college had just received a $1.1M check from a community member who passed away and left money to the institution.

The president did not express concern at the mass exodus of professors from the Psych and Social Work Department. "The school will go on," she said. 'There are fine candidates (to replace the professors) out there. PUC has been here since 1882 and we will continue to be." She indicated that the issue with academic freedom was limited to one department and to one individual in the department. Rejecting the idea that the concerns from within the Psych and Social Work Department had "spilled over," Knight said, "It hasn’t really happened anywhere else. We have 100 faculty members. We’ve had issues with one particular faculty member, and you know what I’m talking about."

When asked why she seems able to "unilaterally and singularly decide" the limits of academic freedom, Knight responded that she has been tasked by the college's board of trustees with "the very tough job" of providing direction for the university. The student went on, saying that the Psych and Social Work Department "has existed as it is for 20 years before you got here, so what changed?" Knight said that the department has been here and will continue to be here. "I'm doing the role that I've been brought here to do," she said.

Responses to Town Hall Meeting
During and after the town hall meeting, students, responses to the event poured in through email and social media indicating a mix of support for administration and frustration. Former PUC staff member Brittnie Sigamoney commented during live video streaming of the town hall meeting, saying, "What the President is saying about it being one department isn't true. I resigned from the Communication Department March 21, 2016 because of Academic Freedom issues and the President's unwillingness to support free speech and the practice of journalism!"*

"We were expecting answers, we were preaching transparency, but we did not get that. We just got more questions." — Madison Greene, Psychology sophomore

"It was basically a ploy by the administration to pacify the students without any damage to themselves and without having to answer students' complaints." — Dominique Townsend, English sophomore

"For Dr. Knight to suggest that a faculty member should 'consult' with her, an administrator, when creating a curriculum really shows me that she no understanding of what academic freedom is." — Jonathan Chow, Psychology and English senior

"It is disingenuous to say that the disinvitation of Ryan Bell was not damaging to our education. I was in the class Bell was supposed to come to, and it was much less enriching experience than if Bell had come. Considering this and the notorious reputation of Bell, I think disinviting him was motivated more by public relations concerns than academic concerns." — Edward Stockton, Psychology senior

"From the time of Wednesday's peaceful demonstration to Thursday night's Town Hall, PUC's administration demonstrated that they respected students' time as well as the request for a Town Hall. Their answers to questions at the meeting were thoughtful, and while many students were left wishing for more, I appreciate their willingness to publicly dialogue with us." — Tara Hattendorf, History, Political Studies and Ethics senior

Mitchell Cameron, a PUC graphic design student, also expressed appreciation for the administration's willingness to talk: "Sad thing is that no students know at all what it takes to run a college. Respect to admin for getting up there and taking questions when they didn't have to."

For alumna Becky Galvez-Nelson (B.S. Psychology, '06), a Clinical Social Worker in San Bernardino County, California and contract instructor in La Sierra University's Social Work program, the town hall event was a cause for sadness. She shared this reflection:

I don't understand why my tenured professors with decades of experience couldn't be trusted with their teaching content and topics. These same professors provided me with an education and mentoring that only made me a better professional and Adventist today. This situation saddens me deeply. It makes me grieve the loss of a place I once called home. PUC's Psych and Social Work Department is where I found myself, my calling, and my faith.

Galvez-Nelson's statements about her professors in the Psych and Social Work Department have been echoed in hundreds of social media comments of appreciation for the faculty members who have left and are leaving the department.

Greg Schneider has declined to comment on his resignation as department chair, but confirmed that he intends to stay on next year to teach capstone courses that graduating seniors generally are required to take.

*Pacific Union College responded to Brittnie Sigamoney's statement saying, "Brittnie Sigamoney was staff, not faculty. She was adjuncting some classes, but adjunct faculty cannot "resign." She resigned her staff position." Administration has also noted that faculty vacancies in the Psychology and Social Work Department have begun to be filled.

UPDATE: Pacific Union College Students behind the Free PUC website have published a lengthy and thorough response to the town hall meeting, and have published letters from Psych and Social Work Department professors detailing the professors' reasons for resigning.