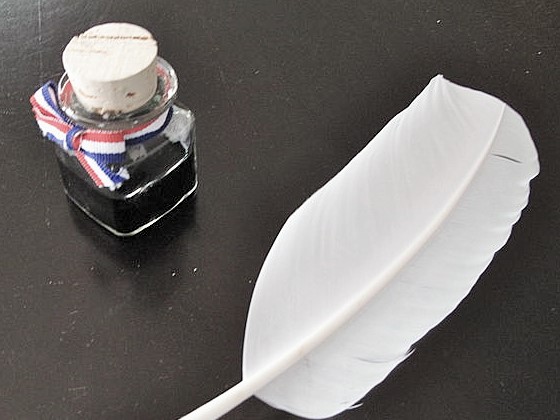 The occasion of Josiah’s religious reform was the repairing the temple of the LORD(2 Kgs 22:5). The dramatic discovery of the Book of the Law (Heb. sefer hatorah) resulted in a religious reformation throughout the country. The reform began with the repairing of the Temple of the LORD. It helped that he seems to have had an honest group of repairmen.

Jeremiah’s writing does not mention Josiah’s reform, which happened after he had been in ministry for five years already. Instead it only mentions that it was during the time of Josiah’s reign when the word of Yahweh came to him. However, 2 Chronicles 35:25 records Jeremiah’s lamentation on the death of Josiah (see historical background above). Why did Jeremiah not mention Josiah’s reform in the 52 chapters of his book? Is it possible that Josiah’s reform would only benefit him personally and not the whole nation of Judah?  It is something to think about.

Consider that when Huldah, the prophetess interpreted the words from the Book of the Law, she mentioned the benefit of Josiah’s humility to himself, but not to the whole kingdom of Judah. Huldah declares, “‘Behold, I will bring calamity on this place and on its inhabitants—all the words of the book which the king of Judah has read . . . But as for the king of Judah. . . you shall be gathered to your grave in peace; and your eyes shall not see all the calamity which I will bring on this place” (2 Kgs 22:16, 18, 20).[1]The “peace” mentioned does not seem to reflect the violent nature of his death and thus may be a reference to his relationship with God.

Or, is it possible that Jeremiah did not bother to write about Josiah’s reform because it had no effect on the succeeding generation? Josiah’s reform was not carried on by his successor. The succeeding kings did not perpetuate his sweeping reform. Because of this, could his reform be considered a failure? Does it suggest that any kind of reform is not just a one-time event? Apparently, we need an ongoing and continual reformation, not just annually, monthly, but daily reformation.

The importance of the written material as an impetus of reform cannot be denied. Josiah’s rediscovery of written material mirrors the written material of Jeremiah’s message. Hearing the written sefer hatorah, King Josiah was moved by it, tore his clothes as a symbol of humility, and initiated the needed religious reform (2 Kgs 22:11). He recognized as a leader that “our fathers have not obeyed the words of this book; they have not acted in accordance with all that is written there concerning us” (2 Kgs 22:13). Josiah’s response after hearing the reading of the book of the Law is in contrast to his successor, Jehoiakim. According to Jeremiah 36:23, 24, Jehoiakim tore (qara) the document but not his clothes, while Josiah tore (qara) his clothes upon the reading of the scroll.

Then Josiah asked religious leaders, government officials, and his assistant to inquire of the LORD(2 Kgs 22:13). The literal rendering in Hebrew goes like this: “Seek the LORDon behalf of me . .” (2 Kgs 22:13). Religious leaders and government officials consulted a prophetess named Huldah (2 Kgs 22:14) in regard to the interpretation of the words of the Book. Prophetic guidance is essential in the religious reform. Josiah did not come personally to the lady prophet to know the interpretation of the words of the Book he heard. He also stated that “great is the wrath of the LORDthat is aroused against us, because our fathers have not obeyed the words of this book, to do according to all that is written concerning us”(2 Kgs 22:13). Josiah included himself as one of the recipients of the wrath of God but had no part in disobedience of his forefathers.

Josiah as a king had to head the religious reform. Reformation initiated and started at the top level of the society. As a king, he was responsible of promoting religious reform. He was the one who lead out in reading the Book of the Law in front of the people (2 Kgs 23:2). He himself made a covenant first with the LORDand then the people followed (2 Kgs 23:3). On this part of the narrative there is a shift of naming the book. The book of the Law (sefer hatorah, 2 Kgs 22:8, 11) is now called the book of the Covenant (sefer haberit, 2 Kgs 23:3). Interestingly, he started the covenant with the people while the idols, statues, and other pagan things are still in place and were still inside the temple.

Josiah’s reform was accompanied by the celebration of the Passover. According to the text, “There had been no Passover kept in Israel like that since the days of Samuel the prophet; and none of the kings of Israel had kept such a Passover as Josiah kept, with the priests and the Levites, all Judah and Israel who were present, and the inhabitants of Jerusalem” (2 Chronicles 35:18). Passover commemorates Israel’s concrete redemption from Egypt’s slavery.

Josiah’s reform ends with the eradication of all pagan idols, statues, worship, prophets, and everything pagan in the whole kingdom. In spite of this sweeping and kingdom-shaking reform of Josiah, it was not handed down to the next generation. The succeeding kings ended up worse the previous kings until the kingdom of Judah was finally expunged. This teaches us a lesson that reformation is not just a one sweeping and exciting event. Reformation is a daily event in each individual heart!

[1] All Bible quotations throughout this essay are from the New King James Version, unless otherwise stated.