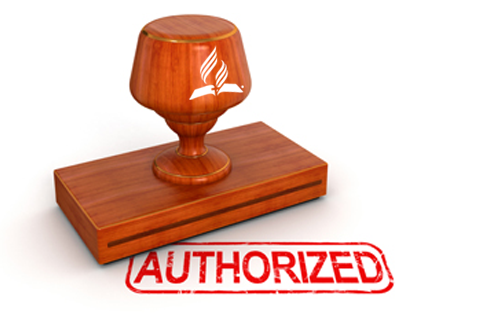 In the wake of the ordination vote in San Antonio, the question of biblical hermeneutics is on the General Conference agenda. It is not a coincidence.

What the Theology of Ordination Study Committee demonstrated conclusively is that the issue of ordination cannot be solved on a purely textual basis. My sense is that until the church is willing to engage in a critical encounter with its own, more or less hidden, philosophical-theological presuppositions, and prejudices, debates like these will be divisive, heated, and ultimately inconclusive.

A basic prejudice, as I see it, is the need to define human existence within an essentialist framework of “God’s divine order,” i.e., a strong and absolutist metaphysical theology. The debate over ordination illustrates this. At the one end of the debate, you have headship proponents who argue for a divine order of male headship, established as far back as creation itself. They argue that this is the naturally given, directly from the hands of the Almighty. On the other end of the spectrum, we find the opponents who argue that ordaining women is a moral-ethical issue of equality. They posit that it has nothing to do with a naturally given or divine order. Behind these two positions lies two completely different presuppositions and that is my task here.

My summer reading has been Hannah Arendt’s book “The Human Condition,” and Marieke Borren’s comments on Arendt’s philosophy. I discovered during my reading, unexpectedly, that Arendt has something relevant to say on the present debate over ordination and biblical hermeneutics in the Seventh-day Adventist Church. She is a German philosopher, who after World War II spent a large part of her life in the United States, her writing deeply informed by Holocaust and by Totalitarianism.

A basic premise of Arendt’s philosophy is that human beings are primarily “worldly beings,” i.e., situated in concrete, lived experience. She stresses the intersubjective nature of human existence, and that our sense of reality depends upon “sharing a world with others.” Human understanding and knowledge is embedded in our practical dealings with the things of the world and with each other.  As “interpretive beings” we try to reconcile ourselves with the world and “to be at home in it.” She asserts that the world is the sole life-context within which human meaning-making unfolds. It is in the world that we live our lives and die. While Arendt shares Heidegger’s notion of the human lifeworld as “being-in-the-world,” she also stresses the component of human plurality: “being-in-the-world-with-different-others.”

From this starting point, Arendt’s launches her critique of (strong) ideologies, which claim a total and absolute explanation of reality. Her claim is that essentialist ideological systems have a tendency to suffocate plurality and leave us with a sense of “unreality.” Here she includes both political totalitarian ideologies and strong metaphysical theologies. Their “specialty,” she claims, is that they try to create a coherent system of rational propositional truths, which they subsequently projects onto history, nature and culture. In her view, the working principle of these ideologies is that they want to explain reality deductively from one (given) basic premise. In the case of the Holocaust, it was race, and in the case of San Antonio, male headship won the day.

Their ideological-theological narratives are based on the premise of a “natural order.” While, on the one hand, these ideologies are seemingly logical, coherent, and consistent, they are, on the other hand, coercive and totalitarian in the sense that they shut off the dialogical aspect of intersubjective reality, i.e., a world constituted by the lived plurality of human experiences. Arendt claims that this may lead to a complete blindness to our common notion of lived reality, a devaluation of the dialogical aspect of life, and a denial of the situated character of our understanding of the world.

Furthermore, Arendt claims, that by asserting absolute truths as the given “natural”—“God’s divine order”—such ideologies annul the plurality of voices, which is constitutive of our common intersubjective world. Such totalitarian ideologies are only friends with unity as a boneless and faceless uniformity of submission, but enemies of unity in diversity of embodied “flesh and blood.” They disable discourse among people, shut off independent thinking, isolate people in their own minds, and undermine individuality. The world becomes one-dimensional and homogeneous.

To avoid this “illusory reality of sleepwalking,” she suggests we must distinguish between “equality” and “sameness.” For her, equality is not a descriptive notion of something “naturally given,” because “equality is possible only under conditions of plurality,” but a political “normative notion” that refers to a “moral ideal or task.”  Sameness, she claims, is about belonging to the same species—homo sapiens—of a shared biological and existential constitution. Equality does not make us the same, and sameness does not make us equal. Equality is not opposed to heterogeneity, but to sameness. If equality were a description of a given natural sameness, it would destroy the intersubjective plurality of lived experience.

As I understand Arendt, her answer to male-headship proponents would have been that by making their ideology into a strong metaphysical theology of “God’s divine order,” theology becomes coercive and destroys plurality—the “presence of others.” In addition, a natural theology denies the situatedness of the intersubjective aspect of human existence and meaning making, conditioned by time, history, and culture. She would also claim, based on her own first-hand experience with totalitarian ideologies, that by reducing “equality” to “sameness”; by naturalizing and ontologizing moral values, we ruin our notion of human freedom.

Hermeneutics requires more than an archaeological excavation of the “purity” of biblical texts. It is also about the uncovering of our own, often hidden, philosophical, theological and cultural prejudices underpinning our theologies.

Ole-Edvin Utaker writes from Norway. He holds degrees in Theology from Newbold College and in Sociology of Religion from The Norwegian School of Theology, along with studies in Divinity through Andrews University, Newbold campus.