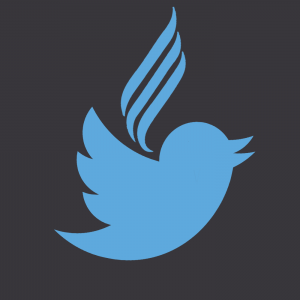 Tweets are flying at the Alamodome in San Antonio as delegates, attendees, and media share insights about the proceedings. Here is our Twitter roundup from Day 6:

Day six picked up where yesterday left off, with edits to the Fundamental Beliefs. One noticeable change from yesterday’s proceedings was the presence of Ella Simmons as chair of the meeting. Her presence was well-received by the Twitterverse.

Madame Chair you are on fire! #credittotheholyspirit #GCSA15

Simmons had a knack for adding some sass into what could be viewed as a tedious session. She also took the time to explain some of the technicalities of how the General Conference’s version of Robert’s Rule of Order operates.

Chair reminds Goldstein "That the microphones are working very well" in response to his shouting *cough* preaching. #GCSA15

A large majority of the morning discussion revolved around the technicalities surrounding Fundamental Belief 6 (Creation).

Adrian Platts SID: A week has elapsed when the sun has risen and set 7 times. The Gen 1 week only had only 3 or 4 literal days. #GCSA15

Stele is explaining attempt to harmonize FB6 with statement on Creation given to the committee. #GCSA15

Ted Wilson spoke a few words and explained his understanding of creation, which he believes took place over six literal days in the last six thousand years.

"Recent is supposed to mean not old." Elder Wilson on definitions. #GCSA15

"Creation took place not that long ago." Well, I know mine didn't. #Millennial #GCSA15

The amendment passed after Wilson expressed strong support for it.

Twitter provided real-time analysis for those outside…and inside the Dome.

How many delegates on floor following Twitter feed for instant commentary and punditry? #GCSA15

Some noted the increasingly cold temperatures in the Alamodome.

@ItsRachelLogan @Alamodome we have renamed it "the Fridge"

@sethjpierce @Alamodome I second this if it is instead a motion. Not sure though.

At the lunch break, one tweeter rejoiced at the General Conference Session lunch option.

In the afternoon, the big topic of conversation was the lack of delegates attending the business session. The meeting was set to cover revisions to the Church Manual.

@AWWritesStories @MegenJM not sure what's worse.... them leaving or the delegates who are sleeping

I second the motion. So many are itching to replace the aging boomers... (No offense intended, but...) https://t.co/1vD6rbvud0

Frustrated that the church pays so much to bring delegates to @gcsession yet so many skip meetings. #GCSA15 #GC15NW https://t.co/PddVnD0LwM

Newsflash: Your church is run by those that show up. #GCSA15 #GC15NW https://t.co/Mclul6QNo4

"You're the largest generation in the world and your church needs you now." Srsly can we live stream #impactsa2015 sermon into Dome? #GCSA15

@ItsRachelLogan I haven't been jealous of anything you all have reported until now. #wishiwerethere

On Wednesday, July 8, the discussion turns to Women’s Ordination. Stay tuned for our next Twitter roundup covering the vote!