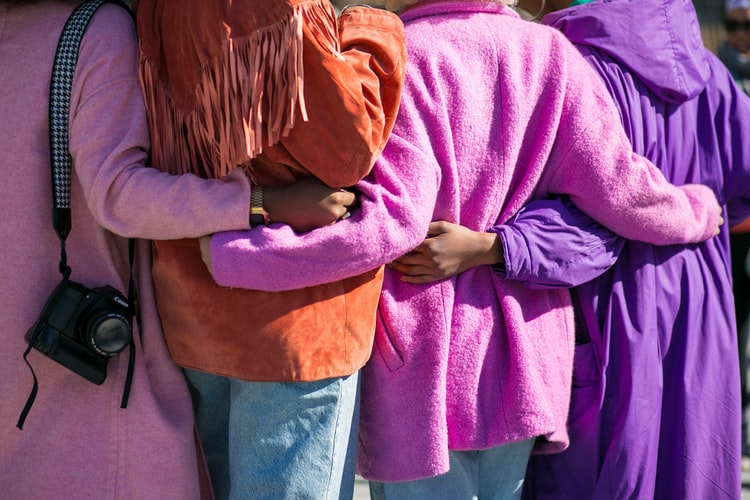 The idea of unity has been referenced a lot in Adventism lately. At the Adventist Forum Conference this past weekend I had the opportunity to spend some time thinking about and discussing the upcoming GC session. It may just be my own myopic and biased view of the situation, but it seems to me that we come into this session, much like our nation, more polarized and separated than ever. This realization led me back to the conversation on unity we’ve been having recently. And as I thought more about the subject, I thought of five things that could help our church become more unified.

1. Remember that we are all the same. Before the cross of Christ, we are equal. In Gal 3:26-29 Paul makes it clear that in Christ there is no Jew or Greek, no male or female. Yet so many problems churches face are issues of how we try to divide ourselves from each other. It saddens me that our church still has problems with race and gender in light of Paul’s counsel. These types of problems don’t make sense when we all are supposed to be equal before the cross, heirs to the promise, and working toward the same goal.

2. Remember that we are all different. It is true that we are all the same before the cross. But this doesn’t mean that we lose our individuality. Unity does not equal uniformity. We all have different talents and abilities, and we have different conceptions about the best way to go about the work that Christ has asked us to do. Our problem is that we sometimes get the impression that everyone has to be down with the way we want to do something, and if they’re not, they are somehow less of a Christian. For example, everyone should spread the gospel. I agree with that. But everyone should not go door to door and talk with people. Some people do not have that skill, that talent, that ability. In fact, there are some people I wouldn’t want to go door to door. At the same time, I’m not saying no one should do it either. In 1 Cor 12, Paul talks about spiritual gifts. In that chapter Paul makes the point that we can’t all be the same thing. The body does not function if we all decide to be a hand, or an eye. Each of us has our own role to play, and we can each do what best suits our personalities, talents and abilities, and be of benefit to the church.

3. Realize that we have to let some “doctrines” go. In Acts 15, the church was in crisis. Some Jews started telling Gentiles that they had to be circumcised in order to be saved. After much debate they decided to go discuss it with the apostles in Jerusalem. Then, after much discussion, Peter said, “Now therefore why do you put God to the test by placing upon the neck of the disciples a yoke which neither our fathers nor we have been able to bear?” His point was that the particular elements of doctrine like circumcision were things that Jews were called to do (and that Jews had not done a good job in keeping the law themselves). Those were not things that Gentiles were supposed to bear. We see the same thing going on in churches today. People attempting make people live by the yokes that God only gave to them. We sometimes cause dissension, discord, and destroy unity in our church because we think we should try to get everyone to live by the rules of life that we think our important, but are really just the things that help us navigate through the Christian life.

4. Speak the truth in love. The last point does not mean that we don’t ever say anything to anyone about the way we live. Unity does not mean that there will not be disagreements. Unity does not mean that we avoid conflict. However, unity is served if we find ways to say difficult things in love to one another.  In Eph 4:14-16 Paul talks about not being moved by every doctrine. It’s important that we help each other to live the way God wants for us. But this does not mean we take it upon ourselves to say what needs to be said, in whatever manner we choose. We have hurt so many people, not because we spoke the truth, but because we chose not to speak it in love. My heart hurts for all the youth that I know who left church because they felt unloved and disrespected. My heart hurts for all those who were young in the faith and did not feel the love of Christ from us. I truly believe that we will be called into account for some of the hurtful things we have said to people.

5. LOVE! This is the ultimate point. We have to learn how to better love one another. If you want to know what love is, there is no better place to go than 1 Cor 13. I’m sure all of us are loving people. But I also know that we can learn to love each other better. How many times can I say that I have treated everyone the way Paul calls us to in verses 4-7 of this chapter? Have I always been kind? Or patient? Or unselfish? Or humble and not arrogant? If I’m not these things all the time, then I have more work to do. And that work could be the difference in someone’s salvation. I think it’s worth the effort.

Why is unity so important? I found the answer to that in John 17:20-23. In his prayer for the believers who will come after the disciples (that’s us) Jesus prays for us to “all be one; even as You, Father, are in Me and I in You, that they also may be in Us, so that the world may believe that You sent Me.” Our disunity hurts the very mission we say we uphold. Our lack of unity makes it hard for the world to believe that God sent Jesus to us to save us. We are so quick to blame everything else for the condition of our society and our world. We blame the devil, we blame sinners, we blame theories, we blame politicians. We say, “If such and such would happen, this society would be a better place to live, or people would be more willing to come to Jesus.” I believe that if we would love each other more, if we would be more unified within our individual churches, within our denominations, and amongst denominations, people would be able to see Jesus in us, believe the God sent Him, and be saved.