TikTok Users on “Losing My Religion” 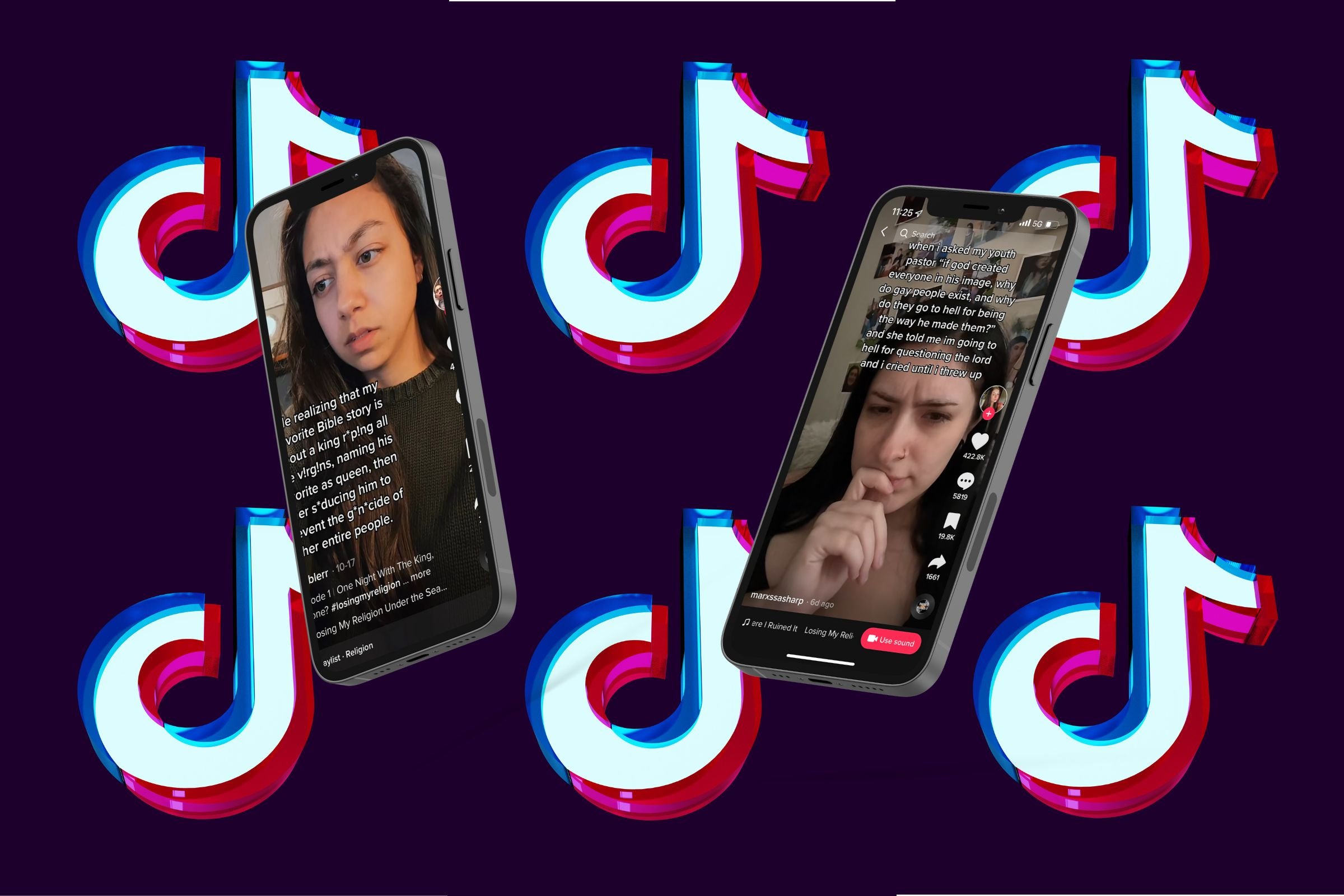 From its early beginnings as Musical.ly, TikTok has evolved significantly from the “dance app” it once was. According to a recent study, TikTok users are the second most active group on social media, spending an average of 1.5 hours per day using the app.

TikTok serves as a source of casual entertainment, but in a larger sense, it has empowered users with the ability to share vulnerable life experiences. One such example comes from the recent “Losing My Religion” trend.

TikTok user @thereiruinedit took creative license to change the lyrics of The Little Mermaid’s “Under the Sea” to those of R.E.M’s “Losing My Religion”: “that’s me in the corner / that’s me in the spot-light / losing my religion.”

The viral trend currently shows more than 22,200 videos under this song, with people from all walks of life explaining the moment they essentially lost their religion. While generalizations attempt to rationalize the current exodus of younger members from Christian congregations, the following TikToks stand as a more personal explanation.

When the Bible Doesn’t Make Sense 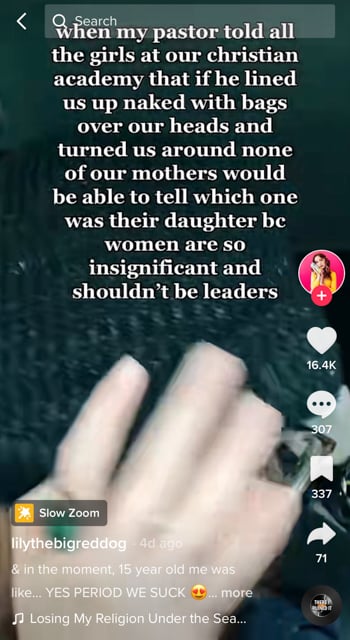 When Questioning = Going to Hell

When Bible Teachers Give Bad Theology 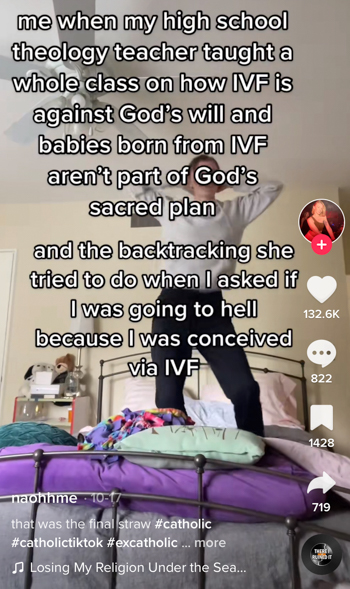 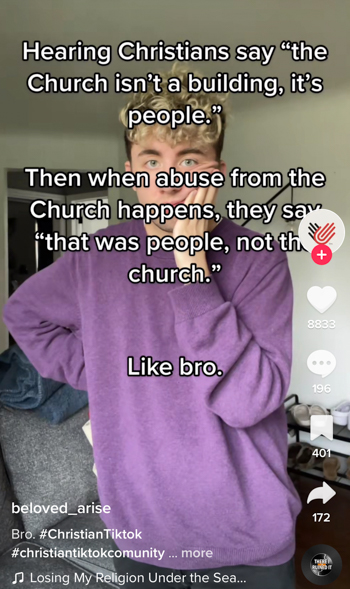 While many of the TikToks on this trend are lighthearted and humorous, many videos also go down a darker path as people share traumatic stories of abuse at the hands of Christianity. Reports may numerate the decline of Christianity, but more importantly, this trend paints a vivid picture as to why. There are many Christians who have been slighted, who have received bad theology, who have seen Christian hate at its worst. And, rightfully so, they found more peace outside church walls than inside them.

We must make a conscious effort as a church, a congregation, and as Christ's followers to recognize each person as their own unique story rather than as a statistic. It is time church leadership listens and watches when these stories are shared. Only then will the church be effective in helping others from losing their religion too.