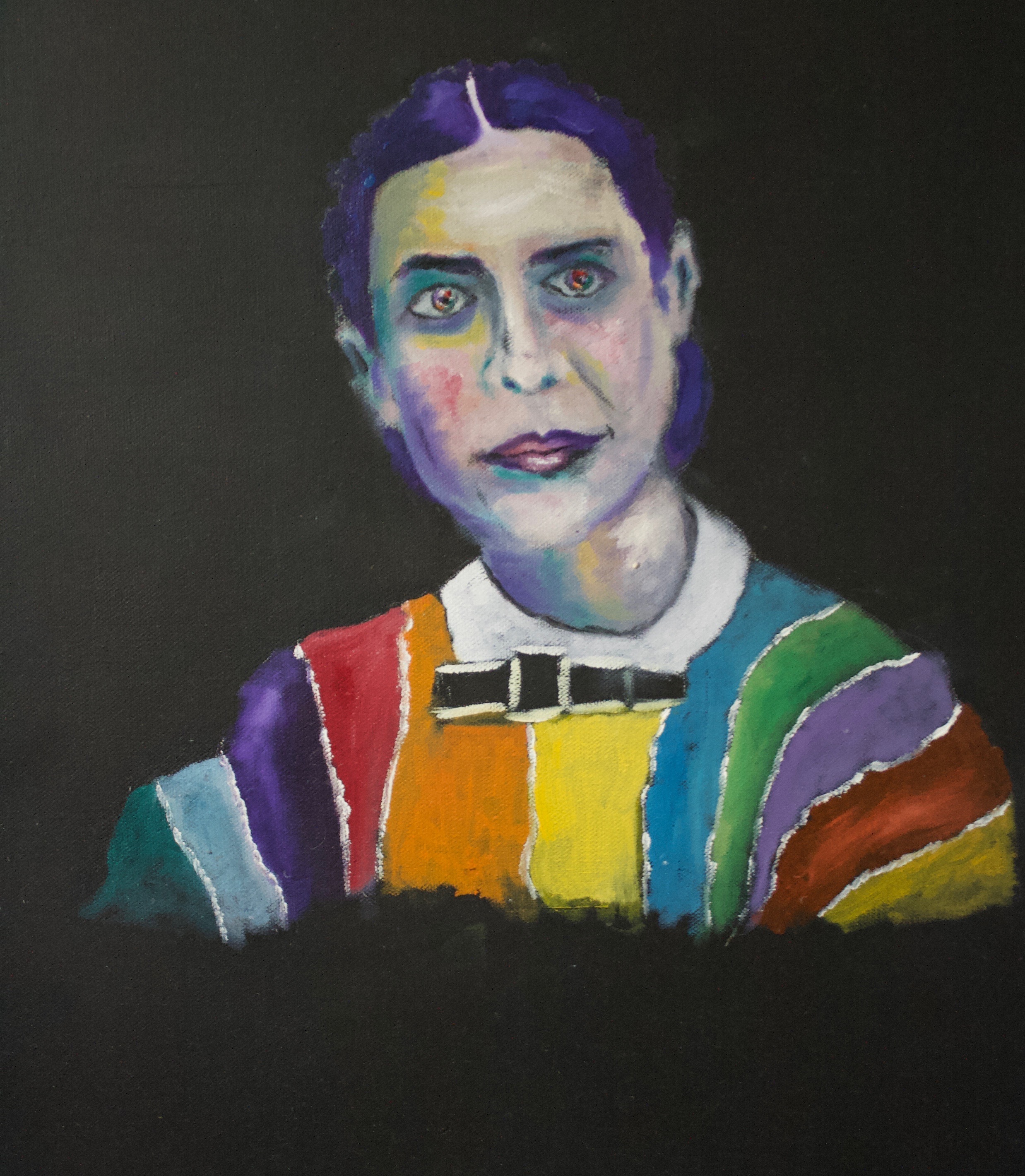 I took a trip to Pacific Union College earlier this year. It had been about four years since I had graduated from that institution, and I had largely not thought about my relationship to Adventism since leaving. Coming back to the campus, seeing old friends, and visiting Ellen White’s home Elmshaven brought it all back for me. I found myself on a journey of self-discovery and reflection about what it all meant. I realized a few things that stayed with me for months after my visit. First, there are still people who believe everything they are told, who have never really stopped to wonder why they believe what they believe. Second, there are people who have dared to question, who have become individuals, but many of them stay silent and don’t want to make waves. Third, I didn’t want to remain silent. I wanted to do something, even if it was a small gesture, just to add my voice to the inspirational few who have contributed to this cause. I am an artist, and I haven’t seen a lot of ex-Adventist/badventist inspired art. I thought to myself, “Why not me? Why can’t I create that?” And so, I did.

Growing up in the Adventist Church as a closeted gay person while being constantly exposed to Adventist doctrine, I felt like I was constantly struggling to stay afloat. I believed everything I was told readily without question and internalized a great deal of homophobia. As I got older, I realized there were more things about the church’s doctrine that felt wrong to me, but I continued to feel guilt about questioning them. Ellen White called herself the “lesser light,” pointing to the light of Jesus. A lesser light in her written estimation but an overwhelming light, an interrogation spotlight in my eyes, directed at me by the church, I think of her as the pinnacle of institutionalized Adventism. I had friends who were not allowed to go to the movies with me because Ellen White said it was evil. We didn’t have dances at school because dancing is evil, said White. It is more than just what she wrote and who she was, it is who the church has made her and what has been done in her name.

My intention for this piece is not to break down an individual’s religious beliefs but rather the way in which they have been taught. Being blinded by the lesser light with no constructive questioning, no individual thinking, no original thoughts—this is what I’m fighting and what I believe is the biggest issue in institutionalized religion. I became sick of accepting what I was told and had to learn by myself (and with the help of some friends and teachers) to think for myself. I had to learn to break the spectrum of the White light in order to see myself, the church, and beliefs in all their various colors and wavelengths. I want people to look at this painting and see Adventism in a different way, to see the idolatry of a church figure in a different way, and most of all, to question what they have been taught and who they have become.

Harrison Cale earned a BA in Fine Arts and Literature from Pacific Union College, Angwin, CA. A polyglot ESL teacher, Harrison is currently studying Speaking and Hearing Science at the University of Utah with the goal of becoming a speech pathologist.