Only Your Friend Will Tell You When Your Mouth Smells

Only Your Friend Will Tell You When Your Mouth Smells 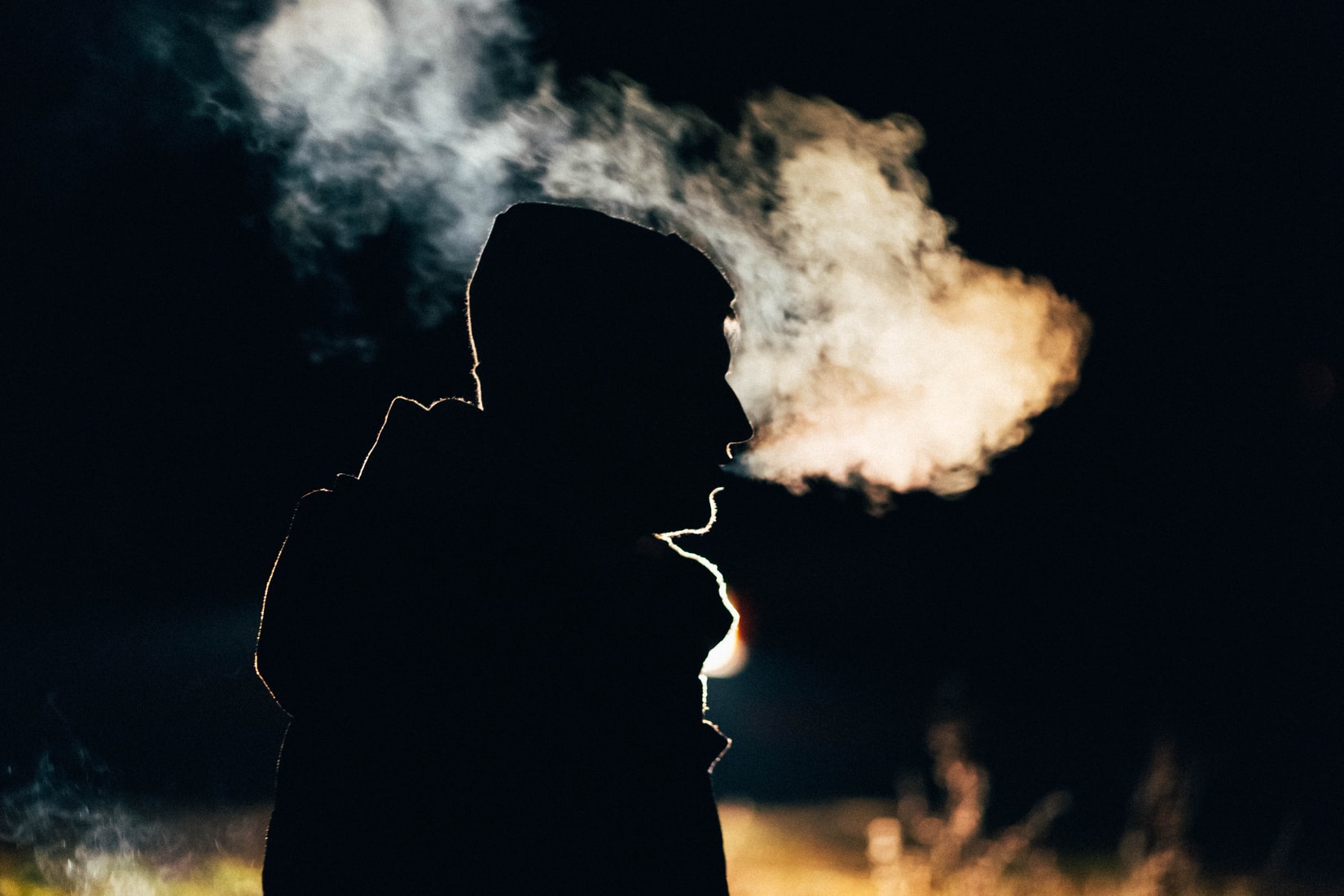 Leave it to West Africans, especially Akans of Ghana and Igbos of Eastern Nigeria, who would rather risk offending delicate sensibilities with word pictures than sparing at the expense of clarity. For them, succinct pithy sayings, which often quickly escalate into full blown proverbs, are the key ingredients of artful dialogue. This is what Nigerian novelist Chinua Achebe is getting at by saying that when his forebears are engaged in serious conversation, “proverbs are the palm-oil with which words are eaten.”

During my last visit to Ghana, I inquired about a close relative who was not present at my welcoming gathering. He is a respected elder clansman whose absence was unusual because elder clansmen usually live for such happy occasions. In lieu of a detailed explanation about my uncle’s apparent fall from grace, my aunt simply said: “He who disrespects his anus, will fart in his stomach.” Translation: You get what you pay for. My tribesman’s absence was self-censorship for a personal failing that has negatively impacted the clan, and his nonattendance was his way of making amends. I think my elders would have been in good company with the Jewish community that gave us Proverbs, Ecclesiastes and other biblical wisdom literature.

I recognize the foregoing for what it is, a shy apology for the graphic title of this essay: “Only Your Friend Will Tell You When Your Mouth Smells.” The core sentiment of this expression, similar to the notion of speaking truth to power, is that truth should be honored even when doing so is unpleasant or disadvantageous to the truth-teller. It takes an insider, maybe a friend who has the ears of the powerful, to offer a contrarian view. A move that person understands could cause loss of privileged access.

A subtler implication of this saying is the recognition that there is an irksome “something rotten in Denmark” which has escaped the attention of the powerful. The irony here is that the truth which bears telling is also public knowledge. The entire community knows what is amiss but somehow goes along with the charade because no one is willing to bell the proverbial cat. This is not unlike the common awareness that the emperor’s backside is exposed. The only reason he doesn’t know he’s compromised is because his subjects are either afraid to tell him or are happy about his predicament. Neither situation speaks well of him and may explain why it takes an uncalculating child to point out the obvious.

Adults often tell the powerful only what they want to hear, fearing that doing otherwise could cost them influence. Politicians are notorious for this. They sidestep what is manifestly evident, choosing prevarication to remain in the good graces of a powerful leader. But this creates an unfortunate loop where the powerful find themselves surrounded mostly by “yes men” whose behavior reinforces the insecurity of their leaders. And together they float in a bubble of self-created alternative consciousness where the only permitted information is good news that comes from within.

This interplay between the powerful and truth-telling undergirds the relationships among the main characters – Lear, Goneril, Regan and Cordelia – in Shakespeare’s King Lear. A key takeaway in this dark tragedy is the necessity to tell the truth in real-time to the powerful, regardless of consequences. Edgar’s commiseration in the play’s final lines: “Speak what we feel, not what we ought to say,” is wasted counsel, offered too late to be useful. For by this time Humpty Dumpty’s fall was too great and its shattered pieces too numerous to be glued together again. The king was dead. So were his three daughters. As were others. Yet the critical precipitating incident that caused this carnage comes early when the aging self-absorbed king conditions the division of his kingdom among his three daughters to words on love.  A setup primed for deception, as the winner just has to speak of love and not necessarily demonstrate it.

His two hypocritical older married daughters are quick to the challenge, no doubt concluding that pandering to a deluded old man to secure a third of his kingdom was sufficient reason to exaggerate or lie outright. Goneril, the oldest, sets the stage:

Sir, I love you more than word can wield the matter;
Dearer than eyesight, space, and liberty;
Beyond what can be valued, rich or rare;
No less than life; with grace, health, beauty, honor;
As much as child e’er loved, or father found;
A love that makes breath poor, and speech unable.
Beyond all manner of so much I love you.

Not to be outdone, Regan, Lear’s middle daughter, would vow chastity to “joy” as evidence of her superior love:

I profess Myself an enemy to all other joys
Which the most precious square of sense possesses,
And find I am alone felicitate
In your dear Highness’ love.

Cordelia, the youngest and the one Lear would confess to loving “most,” wonders in an aside: “Why have my sisters’ husbands if they say [t]hey love you all?” And when it was her turn to obfuscate her way into fortune, she said: “Nothing.”

Taken aback, because he was not used to candor, having made lifelong companionship with flattery, Lear pushes Cordelia to consider the consequences of saying “Nothing.” He reminds her of the stakes and why she should follow her sisters’ fawning example, insisting “Nothing will come of nothing.” But his daughter is unswayed, coolly restating her understanding of their relationship:

You have begot me, bred me, loved me.
I return those duties back as are right fit,
Obey you, love you, and must honor you.

Sensing he was losing the upper hand, the king changes tactics to minimize his overall intentions. Telling her not to make too much of his demands, as if the whole exercise was just word games, he entreats: “Mend your speech a little.” But she would not. And for refusing to indulge his narcissistic impulses, Lear would disown, disinherit and ban Cordelia from his presence, forever. It is not insignificant that Lear is hung up on the shallow edges of words, conflating rhetorical flourishes with the measure and depth of love. The tendency by insecure leaders to equate flowery-language with emotional depth is all too common.

The point of interest in the Lear story is that a mad king carried his penchant for self-absorption to unrestrained ends and was aided by enablers who actively, or by inaction, cheered him on. Which begs the question: Why do people close to power and influence so often fail to be corrective? There’s no doubt that the cost of personal nonconformity is real and dear: demotion, sidelining, outright firing. Sometimes worse: shunning, defaming or threats of harm.

As costly as the immediate repercussions for speaking out might be, personal cost should not dictate the need for silence. Instead, what should weigh on our minds in these situations ought to be posterity’s judgment of our choices and whether our interventions might make the future better for others. There is a long list of Christians who chose to speak truth to power, whose actions have made the world better, and they provide a wall to lean on. Consider these examples:

1) The early Christian Church was at a crossroad and needed direction. Should they remain insular and tethered to their Jewish heritage or open to outsiders and outside influences? The core leadership had no interest in others joining their movement unless they came in as Jews. Peter, the de facto leader of the group, had a vision (Acts 10:1-11) which metaphorically showed that God purposed a new covenant in which Jews and non-Jews were invited to eat together.

Yet at the Jerusalem Council, Peter seemed to have forgotten about the vision and Cornelius’ interpretation of it. Together with his lieutenants, Peter was supportive of circumcision as a rite of passage into Christianity. It took Paul, the newcomer, to step in on behalf of the gentile outsiders. And with that one step, he changed the course of history. Just think what the young Christian movement could have ended up being if Paul had not spoken up and the old guard had prevailed. I have witnessed ten- and twelve-year-olds go through ritual circumcision as an initiation rite into adulthood. How many adult males in Paul’s day would have subjected themselves to circumcision to become Christians? And how universal would Christianity be today?

2) It was big business, the lucrative practice of selling indulgences to heaven. And nearly every branch of the Catholic Church, from the Pope down to the common cleric, was involved. The scheme was simple: develop a theology around dead souls stuck in purgatory. Have them hanging between heaven and the abyss, with the only thing needed to push them to the better side being priestly prayer. Which was not cheap. This went on for a long time not because people were unaware of its dubious ethics. It lasted as long because the power behind it was entrenched.

Enter Martin Luther and his 95 theses attacking what had devolved into tricking the common people into paying their way into heaven. When the dust settled, one man’s refusal to normalize a diabolical system, despite its overwhelmingly powerful backers, would usher in one of the most important change-events in history: the Protestant Reformation.

3) Desmond Ford had every reason to be quiet and play along. He was a much beloved professor in a church organization he treasured. But his conscience would not let him rest. Our belief and teaching about the Heavenly Sanctuary had been problematic from the onset because many argued it was contrived to save face from the Great Disappointment of 1844. More than any of our 28 Fundamental Beliefs, it is the sanctuary doctrine that has justified our existence. And for that reason, our leaders have guarded it with fierceness against periodic onslaughts from inside and out. When Ford questioned its premise, the church could not disengage, as they had done with lesser critics. He was a serious scholar who many young pastors and church administrators admired.

He presented his dissent to a mass gathering of church officials. Then was summarily defrocked. And yet, Adventist church historians are beginning to discern a before and after the Glacier View event. Our pulpits have largely gone silent on the sanctuary belief and associated historicist/prophetic emphasis. It is as though he opened to public view that what we privately have known for a long time was problematic. And after the unmasking, we felt no need to continue the pretense. And we have, almost en masse, without coordination or compulsion, decided not to engage, but ignore this questionable doctrine out of existence. Which is a good thing.

We remember these characters because they dared to point out wrongs in the face of stiff opposition from entrenched forces and theological orthodoxy. Because they did, we are better off for it. Those that played it safe are only footnotes in history and remembered for their timid responses when their moments called for boldness. These people, and the many who are inspired by them and follow their footsteps, are the true friends who are unafraid to challenge a propped-up status quo or let his highness know when his mouth smells.