Mediating the Problem of Unanswered Prayers 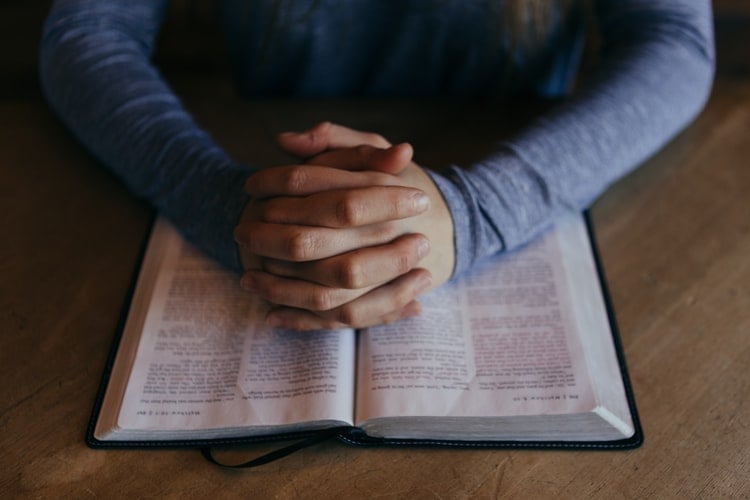 With prayer, are our actions—what we petition or praise God for—informed by our beliefs, or do our beliefs push us to pray? The difference is crucial. What we believe need not make rational sense, as when we posit the existence of a God we have never seen.  But what we do—actions that flow from the belief that an existing God reacts to our prayers—has consequences. Believing privately that God heals our ailments requires no verification, but if that belief leads us to pray for a specific healing for our loved ones, for example, we should do so with the expectation that what we pray for is “happenable.” If we doubt God would grant what we ask for, it seems pointless to make the request. Engaging in liturgical prayer with doubts of its efficacy is like playing a shell game.

This essay revisits the issue of prayer, the subject of last month’s column. This time, the focus is on the complexity of remediation, here defined as preventing the loss of faith when prayers go “unanswered.” In my previous article, I introduced the key question of whether God intervenes in life’s affairs when or because we pray. Do our prayers—for healing, protection, comfort, i.e., for favors—make God bend his will to ours? Because we prayed must he reorder events to our benefit that would otherwise have affected us adversely? Or does he always allow life to take its predictably unpredictable course?

We return for another look. But now, I want to be especially careful, because how we view God on his response to prayer likely parallels how we see God on the question of his “allowance” of evil, even to the extent of apparently permitting it to thrive. For if God is: genuinely good and incomparably powerful, ethically perfect and loves his creation without reservation, and has the capability to intervene and stop evil, or at least do something about it—then why hasn’t he?

Christian apologists have proffered many explanations for why God’s hands are sometimes seemingly tied and cannot or will not do what compassion demands—mitigate or eliminate suffering and evil. Probably the most influential theistic argument advanced to counter God’s perceived impotence in addressing the “problem of evil,” is the Free Will Defense. Alvin Plantinga, one of the chief proponents of this argument, sees no contradiction in the coexistence of a perfectly good God and suffering/evil. Because, in his estimation, suffering/evil, at least as brought about by humans, is the price God pays for granting humans free will, with its attendant unfettered choice.

But there is much to contest about this claim. Why didn’t an omniscient God create a universe peopled by free beings without the concomitant environment of evil and suffering? And the free will/free defense fails to explain why God doesn’t intervene before inanimate nature goes berserk and leaves in its wake an avalanche of harm. While it is plausible that humans are blameworthy for the choices they make that cause death and suffering, harm due to blind natural forces—tsunamis, earthquakes, crop failure, cancer, pandemics, etc.—cannot obviously be assigned to human agency. This prompts the question of whether human free will and choice would be diluted or compromised if God eradicated all disasters. If it wouldn’t, then why does God allow these disasters to continue?

Another explanation for evil and suffering, in the context of an all-powerful and loving God, involves a puzzling concept espoused mainly by fundamentalist-leaning evangelicals, in which Adventism holds quasi-membership. It is a twin idea whose stem proposes that God purposely allows evil and suffering for two reasons:

1) He has allotted a specific duration for evil and suffering to do its worst. That time is finite and, one day soon, “probation” will close. They point to Noah and Nineveh, then caution that when the “cup of iniquity is full,” evil will meet a similar fate. In a sense, God is giving suffering and evil a long rope with which to hang itself.

2) God uses humans’ self-perceived vulnerability, in the face of natural evil particularly, to reconcile us to him. Eleanore Stump makes this argument cogently:

The pain of disease, the intermittent and unpredictable destruction of natural disasters, the decay of old age, the imminence of death—takes away a person’s satisfaction with himself. It tends to humble him, show him his frailty, make him reflect on the transience of temporal goods, and turn his affections towards other-worldly things, away from the things of this world.

But in both situations God allows evil to continue generationally, as though he is waiting for a critical mass to accumulate before acting. Which prompts another question: how long is God willing to abide evil, and to what purpose, until he decides it is enough—and acts? Then again, this belief ignores the fact that ultimately humans are viewed by God as individuals, and what happens to each in their lifetime settles things for them, individually. We are not saved in groups. “The soul that sins, it shall die. The son shall not bear the iniquity of the father, neither shall the father bear the iniquity of the son” (Ezekiel 18:20). Consequently, the interminably long wait seems to serve no constructive purpose relative to mitigating evil.

And with prayer we find ourselves in a corollary conundrum. The ready reminders of suffering around us, despite our constant pleas for relief from an almighty God, provoke the same questions. Does he hear us? Does he have the power to redress our plights? Why do our entreaties go unanswered? We are urged to “ask and [we] shall receive, that [our] joy shall be full,” (John 16:24) “for every one that asks receives; and he that seeks finds; and to him that knocks it shall be opened” (Matt 7:8).

If what we petition of God does not happen, or happens with such infrequency that it equals chance, then it is prudent for us to be circumspect in what we say about prayer. We shouldn’t raise “unreasonable” expectations of fulfillment and thus set up the unsuspecting believer for letdown. A cumulative lifetime effect of unanswered prayer could be fertile ground for cynicism, leading to unbelief. In a way, we sometimes recognize this and attempt to protect against the sharpness of our asks. We frequently append, at least to our public and liturgical prayers, familiar expressions like: “not as we will but your will be done,” or “through Christ our Lord.” But these too could become perfunctory clichés, devoid of meaning.

If the goal of our prayers—regardless of our articulation difficulties—is beneficence, what is the moral justification for the same all good, powerful, and ethical God who loves us supremely to dishonor them? Skeptics suggest, as they have concerning the prevalence of evil, that the Christian God, if he exists, might not be as powerful, good, loving, and ethical as he is projected to be by his followers. Otherwise prayers, especially if they are unselfish, would be answered. It is tempting to dismiss this as ignorant of the deep meanings of religion, and thus should not be taken seriously. The core argument, however, should make us pause at least enough to examine the notion that, with unanswered prayers, we Christians might be playing both sides—thanking God when our prayers are answered and hedging when they’re not.

At minimum, we should be acutely conscious that prayer is a two-edged sword. For every perceived answered prayer, another person within the same group, and often in the same geographic proximity, may have their hopes dashed as their earnest entreaties seem to fall on deaf ears. Therefore, especially with public prayers, we should err on the side of not over-promising. We should recognize the possibility that our prayers are not really aimed toward God but toward ourselves.  And, if spoken on behalf of fellow parishioners in the public sphere as part of liturgy, then to some extent prayer could be likened to what we say during funerals and memorials: sentiments expressed on those occasions which do not benefit the dead. These services, ensconced in careful ritual, are for the benefit of the loved ones left behind who take comfort in the nice things others say about their departed. Similarly with prayer, God could devolve into merely a useful prop, an authority figure we set up to verbalize our wishes. Or maybe, sometimes just to hear ourselves talk.

It is true that, in the immediate sense, all prayers—personal or corporate, private or public—aim to reassure us or the community of a controlling power outside our purview who cares for us and will come to our aid if we are supplicant. That however does not mean we should use prayer as a magic wand to wave whenever there are crises in our lives. If we do, the backlash can be real and serious. The accretive effects of feeling our sincere prayers going unanswered, though internalized and silent, will run deep and last long. Then one day we might stop believing and resign ourselves to the crushing feeling that prayer is only a ritual we wished was true.

Which brings us to the issue of remediation for unanswered prayers. How should we guard against the inevitable disappointment when our prayers are not answered as expected? The same way we guard against being drawn under by the weight of the problem of evil if left unaddressed: with candor and engagement. It may require us to be more explicit in our equivocations. Like admitting to our youth, especially, that it is a complex philosophical and experiential problem that does not lend itself to easy solutions or disappear simply because we choose the easy way out and ignore it.

Therefore, I think the single most important safeguard to the shock of discovery, which inevitably unfolds with time, is the understanding that there is no certainty to the outcome of our prayers, no matter how fervently offered. And grappling with ambiguity provides the buffer we need when the expected falls through. We create this cushion by exposing church members to the unglamorous but truthful minefield when we admit we barely know how prayer works.

There is something liberating about being leveled with by authority figures who tell us there is a complex problem and they don’t have a full handle on it. When our leaders gift us with transparency and truth, they construct a trustful environment to engage with the problem. And even though certainty becomes a casualty in this process, the trust engendered opens the door for a healthier relationship among us regarding our transcendent God.