I Can’t Breathe Either

I Can’t Breathe Either 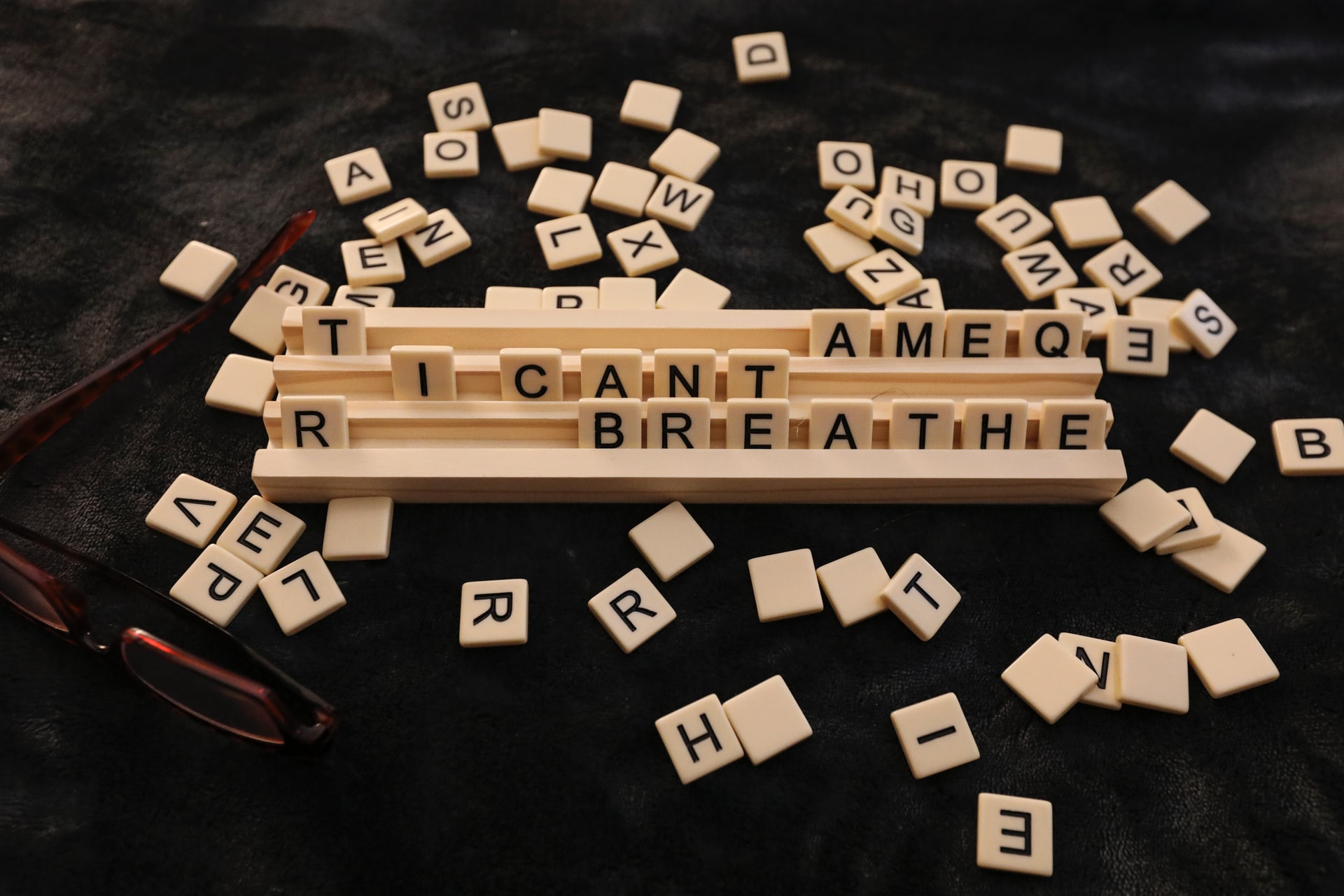 "I can't breathe" is a slogan associated with the Black Lives Matter movement in the United States, originating from the last words of Eric Garner, an unarmed black man who was killed in 2014 after being put in a chokehold by New York City Police. A number of other African Americans, including Javier Ambler, Manuel Ellis, Elijah McClain, and George Floyd, have said the same phrase prior to dying during similar law-enforcement encounters. According to a 2020 report by The New York Times, the phrase has been used by over 70 people who died in police custody. The phrase is now used in worldwide protest against police brutality in the United States and against the lack of police accountability due to qualified immunity.

“I can’t breathe either!” is a phrase I coin today in protest against the lack of accountability, transparency, and effective governance in God’s work in the Seventh-day Adventist Church, and against any system that dares suppress my God-given rights to serve and work in His vineyard.

With the coronavirus pandemic, the freedom to go and do as we please was removed seemingly overnight. Man, created as a social being, is now forced to social distance. Remote work. Virtual church. Zoom meetings and YouTube channels are now the options we must use in an effort to stay connected.

A few months ago, I viewed a Facebook panel discussion about Black Conferences. I listened carefully to the conversation of highly intelligent and degreed panelists. I realized that the much-needed reform among leadership has been discussed and documented, at a minimum, for over 100 years!

As of September 2019, I was voted and accepted to serve what is my third time as an Executive Committee member (2019–2023) at the conference level. My first term was 2007–2011 and my second 2011–2015. During my first term, I encouraged the voting of a Strategic Planning Committee (StratCom), and chaired this Committee. We worked with a hired pastoral military strategic expert, and produced the first and only Strategic Plan for the conference (along with a library of Terms of References for committees, and other critical documents). The plan was voted by the Constituency in 2011. A new president was voted to serve from 2011–2015, my second term on the Executive Committee. Unfortunately, the implementation and use of the constituency-voted Strategic Plan was blocked, and focus was instead placed on the president being the StratCom Chair, rather than on the Strategic Plan itself and its value to the organization. The plan to remove a competent chair was orchestrated by the president and the charge led by a pastor who served on StratCom. The entire process was unethical. But it got the job done. That day, the Strategic Plan died, and years of valuable work was lost.

With my return to the Executive Committee this 2019–2023 term, the same pastor who led the charge that killed the Strategic Plan said to me during a training session in February 2020 that the conference would be so much further ahead if we had followed just half of what was in the Strategic Plan that was voted in 2011. He also identified that the then president told him that he would “kill the plan” if he could not take credit for it. This pastor stated he did not mind the president getting the credit, and that I should have been allowed to continue to do the work! Maybe God returned me to the Committee this term just for that revelation — to affirm the strategic work that had been done.

After completing Year One of my four-year term, I took the initiative to complete a self-evaluation since the last voted Terms of Reference for Executive Committee members requires this and other evaluations. However, no Terms of Reference have been provided for any voted committees, which is in direct non-compliance with the Conference Bylaws and NAD Policy. Neither has there been any mention or reference to the once-voted Strategic Plan, nor a current plan, a strategic vision, mission, or values. As such, the Board has not been empowered and seated as a competent Board, aware of its legal governance and fiduciary duties of care, loyalty, and obedience. There are no performance measures in place, no measurable objectives, no strategic agendas for board meetings, no financial indicators to ensure our operations are sound, no safeguards to ensure proper segregation of duties, and therefore no governance which is a clear fiduciary failure.

With no governance and apparent fiduciary failure, the constituents of the conference cannot be served. I began to raise concerns about non-compliance with policy as early as July 2020. To date, no response has been received from the Executive Committee Board Chair. The conference is truly in a dangerous place.

At this juncture, most of the requests to officers for information during Year One have been ignored. In the last Executive Committee meeting (September 2020), as the Board Chair opened the meeting and introduced the devotional speaker, his exact words were “let’s pray for the spirit of criticism that opens the door for demon possession!” This statement to an Executive Committee who has full administrative authority and governance, and has fiduciary duties of care, loyalty, and obedience, clearly is a form of intimidation and bullying.

In the book Truth Decay: A Call for Accountability & Transparency in the Adventist Church by Dr. Al Koppel, he discusses the loss of forthrightness, full disclosure, openness, and integrity that exist at all levels of church administration and must be vigorously addressed.

Dr. Koppel states, “in my 88 years, I have yet to meet a single person (Adventist or otherwise) who singles out ‘honesty’ and ‘integrity’ as the crowning virtues he or she finds among Adventist people.”

He goes on to say,

“…the Adventist church is clearly governed by a ruling group, or network, that cooperates to maintain the group’s position of control by assuring that only ‘loyal’ new participants be admitted…. The rule of such a group, under current circumstances, poses grave dangers for the Church, if effective constraints are not put in place to limit harmful behavior.”

“The local executive committee members are by no means full partners in the ruling network. Only conference presidents and officers of the ‘higher’ conferences belong to this ‘network’.”

In 2013, the General Conference President issued a “Transparency and Accountability — Global Commitment” document. I was provided a copy years ago. Today, the 2013 version of the document remains archived on the General Conference Auditing Service (GCAS) website (see Resources). As a member of the laity, I am unaware of any progress at any level, of positive change, and certainly not where I currently sit and serve.

On May 25, 2020, with the world at almost a standstill with the coronavirus pandemic, many witnessed the public and brutal murder of George Floyd. For eight minutes and 46 seconds, a police officer held a knee on Mr. Floyd’s neck, even after he lost consciousness, until he was dead. This timetable became a symbol and rallying cry for protestors and ignited riots, marches, and a call for change, to stop the senseless killing of African Americans. The mantra: Black Lives Matter.

But who is outraged at the 100+ years of incompetence, bullying, and intimidation in God’s church that impedes His work? The call for reform has gone on much too long. Do the voices and lives of the laity matter?

God created human beings with free will and the ability to seek knowledge, wisdom, and understanding, and to apply what we learn. As such, all laity are entitled to the following rights:

• To work productively and effectively

• To have a say (this goes beyond having a vote), to contribute ideas, and to impact the decision-making process

• To know and understand the mission, strategy, and direction of the team

• To understand the role of each member on the team

• To want their conference to reach its best potential

• To expect leadership to be professional, rational, competent, and business literate

• To contribute to a legacy of leadership excellence, of which the current generation can be proud

Any attempt to block or suppress the laity’s voice or rights represents a knee on our necks, a knee in our back.

In the book Ellen White on Leadership: Guidance for Those Who Influence Others by Cindy Tutsch, DMin, she quotes White as saying:

“Organizations, institutions, unless kept by the power of God, will work under Satan’s dictation to bring men under the control of men; and fraud and guile will bear the semblance of zeal for truth, and for the advancement of the kingdom of God.”

So, what is at stake? Our salvation and the salvation of others. Jeroboam, King of Israel, was known as the “king who caused Israel to sin.” He created a god in his image, he instituted his own system of worship with illegitimate priests, and he created shrines with golden images to which he offered incense. Today, God’s work seems to still be plagued with modern-day Jeroboams, megalomaniacs who have no fear of God and His commands.

I believe the coronavirus pandemic is God’s way of giving us time to decide what side of the great controversy we are on. God is calling for a work of reform in His people. It is God who incorporated a people as a church and nation under the government of God! We are meant to be guardians and keepers of His law and truth. To be held in trust for the whole world!

We have a sacred calling. A holy purpose. And God has set up His people for success to do the work He commissioned them to do! God has not entrusted His work to any man to do as He pleases.

Photo by Mick Haupt on Unsplash