The Paradox of Conservative Adventism 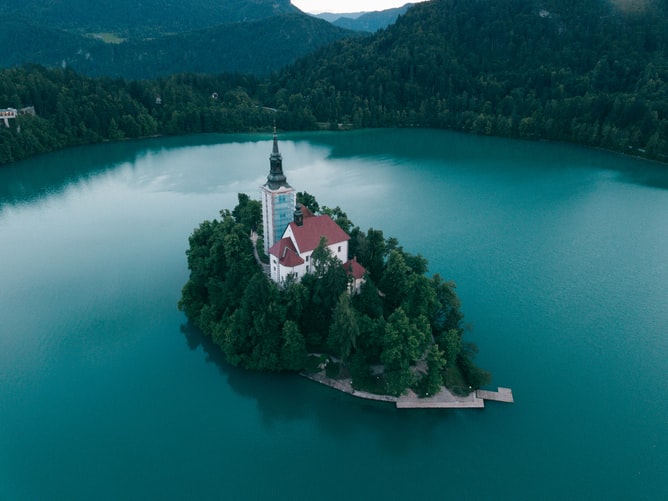 The core idea of conservatism – together with its close cousin, fundamentalism – is preservation: holding on to an idealized past in hopes of transmitting it “unadulterated” to future generations. We find this concept expressed in various settings. In law and politics it is conveyed as constitutional originalism. The constitution – the governing/guiding principles of a community – is viewed as fixed, stable and binding, needing no changes to accommodate evolving circumstances or values. Even in biology and natural science attempts are made by governments, concerned organizations and individuals, to stay the evolutionary course from its unpredictable dynamism. This is, at least in part, the premise of nature conservation. Whether in response to global warming, flooding or catastrophic fires, we take actions with the ultimate aim of holding the line and preserving a perceived “pristine” or desirable past.

This general tendency towards preservation is also a dominant motif in scriptural religions whose leaders tend to favor past understandings of what has been handed down to their contemporaries. In all three Abrahamic religions the conservative ethos is the purview of, and generally represented by, their predominantly male rabbis, priests, pastors or imams. The spiritual leaders in these faith traditions frequently hold respectful and privileged positions in both church and community. The overriding concern of the priestly worldview, in the words of my college roommate, now a pastor, seems geared toward preserving the “religion of our fathers as was handed down to us.” The reason behind the preservation preference, my friend contends, is dependability. “Because God, and by extension his word, does not change, we can trust him and the promises he has made in his word.” In this conception, God can’t change because a god who changes, in any way, ceases to be God. “Our God is the same yesterday, today and forever,” he confided with affectatious certainty. But, as the saying goes, the “devil” is in the details. So what this nebulous concept of a changeless god means exactly is chimerical, and often difficult to pin down.

In the Old Testament (OT), the role of priests as tradition preservers was ingeniously reinforced by how one became a priest: he had to be the son of a priest. What better design to perpetuate toeing the line than working alongside, and eventually in most instances, succeeding one’s forefathers in this hallowed profession. Then, add to this a stipulation that the priest must be a Levite. By this additional requirement, the parental prerequisite that otherwise would only be a temptation to nepotism now compounds to include tribal and clannish affiliation.

And there was the not too small matter of the priest as a symbol of purity. He carried in his person the “burden” of the ultimate communal “good man”, one who represented the fulfillment of our godly aspirations. As such he not only needed to be pure but also had to be perceived as such. A demonstrable example of priestly purity was the avoidance of a corpse or dying person. (Num 19) Merely holding his hands over a badly injured person jeopardized his worthiness to perform priestly duties. The Levite and priest in the Good Samaritan story (Luke 10:29-37), who took circuitous routes to avoid the injured man by the wayside, were not necessarily uncaring. The social demand to honor their purity obligations likely was contributory to their actions. It is in such small unreflective moments that we often answer tradition’s demands before thinking through our options.

Yet the Torah preserves an opposing tradition to the Priestly/Conservative template. This view is decidedly and fiercely against the status quo, constantly calling for change. It is the Prophetic/Progressive tradition. The most important constant of the prophetic voice is its insistent demand for a new direction. And whereas priests were uniformly male and relied on their fathers’ pedigree as gateway to the priesthood, OT prophets needed no such connections to their roles. They emerged from among the people and as such their composition more broadly reflected the community. Most were men, but not exclusively. Miriam (Exodus 15:20), Deborah (Judges 4:4) and Huldah (2 Kings 22:14) were women, and were prophets. Most came from humble beginnings – Moses, David, Amos – but rose to prominence with their appropriate response to being called.

The only requirement for their position was a God-inspired message, usually in opposition to the priests and allied false prophets, where they warned that something was amiss. Consequently, no true OT prophet came to prominence by proclaiming an all-is-well, stay-the-course message. Amos, Jeremiah and Isaiah are representative examples of the prophetic tradition. The writer of Jonah went further and dramatically repudiated the concept of a static God. Jonah’s God is dynamic and reacts to human choices in response to their interactions and exposure to “him”. In the book of Jonah God “changes” his mind, and refrains from following through on his earlier intention to act unfavorably towards humans, because humans reacted positively to his entreaties to change. And even the angels above approved, shouting for joy every time humans saw the light. And in changing their selfish ways it “caused” God to change as well.

Adventism came late to Christianity as a prophetic movement with an overall change message. Our pioneers perceived, in the Three Angels’ Message of Revelations 12:6-12, a final preparatory directive to the world prior to Jesus’ return. It was packaged with a host of new/extra-biblical material, including: Jesus’ return in 1844 and subsequent Disappointment, the Investigative Judgment, Sunday Laws, the Shaking, world powers persecution of the “Little Flock”, and a persecution-evading flight to the mountains. These ideas served as the new church’s raison d’être. But none of these teachings are “preservable” in the conservative sense because none are evident from a plain reading of the biblical canon. They all have to be deciphered, code-like, the same way we had to interpret our church into scripture. This is because, like all Protestant denominations, Adventism emerged after the Christian scripture had been canonized and presumed closed.

The additions that Adventism brought to the Christian marketplace were mostly unestablished ideas that had the imprimatur of the church’s co-founder and seer, Ellen G. White (EGW). By virtue of EGW’s prophetic role, she added details to canonical scripture that cannot be accommodated by the Priestly tradition. As noted earlier, in biblical Judaism a prophet’s emergence usually signaled the need to change course. In this sense, the very rise of EGW as a post-canonical prophet, together with her new non-canonical positions, fits easily into the Prophetic tradition and away from the Priestly.

One of the earliest Adventist positions was espousal of the twin concepts of Present Truth and Progressive Revelation. By Present Truth, our pioneers believed in truth as is “appropriate [for] any given time”. This view – a remarkably original thought in Christianity – was deemed so important that it became the official title of the church’s first magazine – The Present Truth, which would later be changed to The Adventist Review.

Progressive Revelation, a sister concept to Present Truth, is the notion that God reveals himself with incremental clarity through the works of later Bible writers as they added to the divine portrait. Thus EGW and early Adventists believed that a Christian’s perception and understanding of truth grows and matures with time. In this scenario, over time Christians could attain deeper insights of scripture and spirituality than they did at an earlier period. And they might differ radically from what had once been believed. Essentially, these two concepts accommodate historical fluidity and dynamism, concepts inimical to the permanence posture promoted by religious Conservatism.

But Adventism, despite its apparent overall change message, is also deeply rooted in the OT Priestly paradigm. Take, for example, the church’s teaching on unity. Our 14th Fundamental Belief (FB) makes a lofty commitment: “differences between high and low, rich and poor, male and female, must not be divisive among us. We are all equal in Christ ...; we are to serve ... without partiality or reservation.” But this and other church affectations, pledging acquiescence to the New Testament exhortation that in Christianity all believers are priests (1 Pet 2:5-9; Heb 4: 14-16; Rev 1:5-6), are little more than lip service, quickly set aside when rhetoric and its application clash with church power and politics. In reality there is a thick, almost impervious wall separating laity and priest, as well as male and female; notably those who aspire to ultimate service for God within the Adventist church system. And this wall is bricked, layer by careful layer, with well-orchestrated church policies until its structure is as permanent and firm as the OT priestly pattern.

Probably the best way to maintain stasis in religion is to establish a mechanism that determines who has access to the oracles. In the OT the censorship role manifested itself as deeply entrenched and concurrent, sometimes interlocking, social orderings: patriarchy, clan, priest. In administrative Adventism, FB 14 notwithstanding, patriarchy and male priestly leadership has decreed that only men could scale church administrative power rungs. In the one instance, where a progressive Conference bucked the system and elected a woman president for two conservative four-year terms, the General Conference archivists left the office holder’s name blank in the official church directory, as though the office was unoccupied. A hundred years from now a new generation of Adventists will ask why.

It is thus that institutional Seventh-day Adventism has modeled a schizophrenic, even bipolar, coexistence between its message and messengers. It is the conflation of the Adventist message – which is prophetic/progressive – and the professionals who proclaim it. And it mirrors the OT priestly/conservative example that has muddied the waters enough for some Adventists to claim the conservative mantle. But the Adventist argument is its message, not priestly message bearers. And to construe that message as conservative is to mischaracterize its essence, for the message is independent of its preachers. The idea of “Conservative Adventism” is oxymoronic and should be anomalous. But if some of our brothers and sisters insist on clinging to this label, progressives should at least call attention to the resulting irony.