The Gospel of Yes!

The Gospel of Yes! 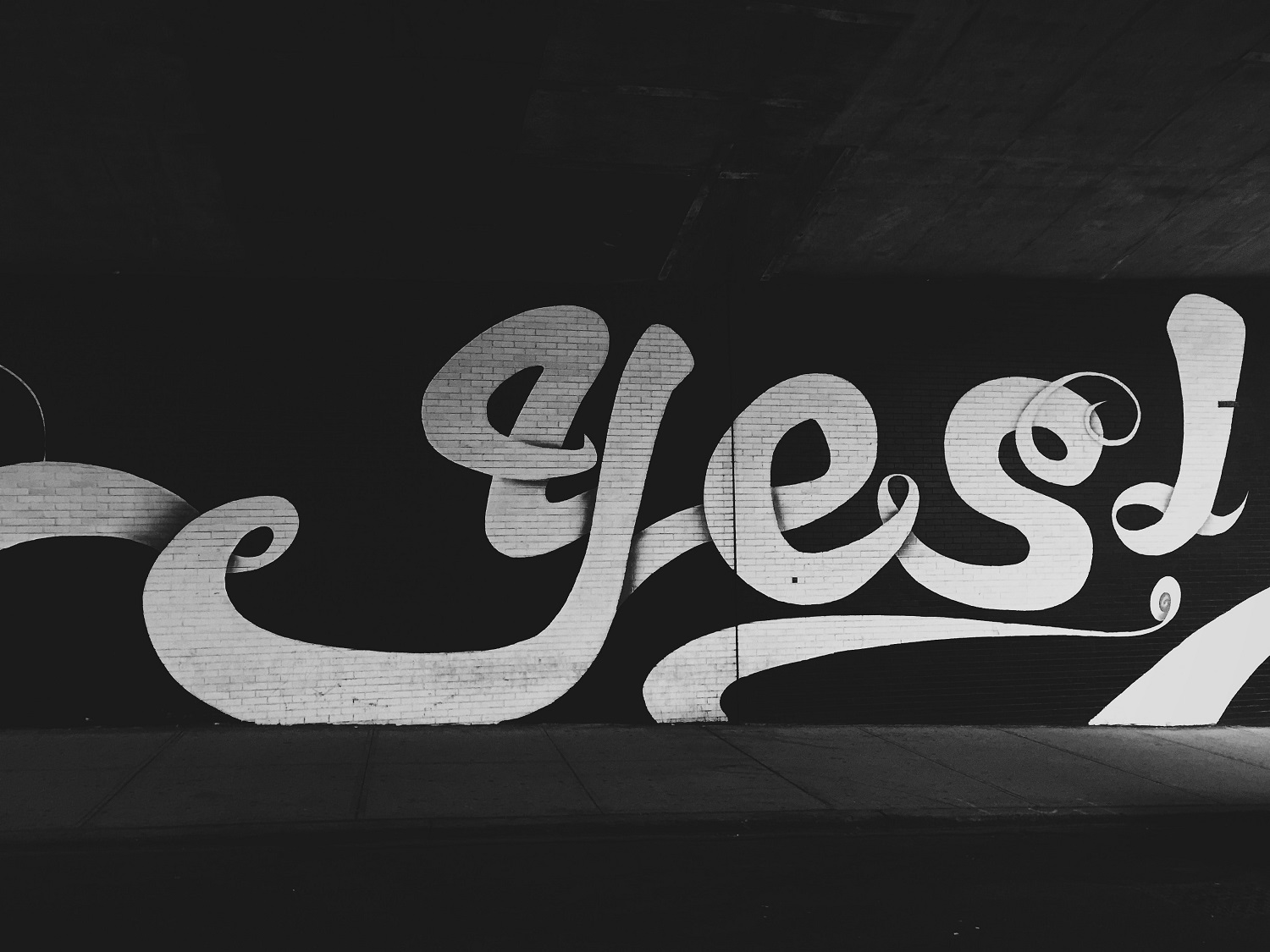 The time is here to say Yes. The viral hiatus affords opportunity to pull weeds, bake bread, and do our best to love those we’re stuck at home with. Also to reflect — and here the Yes attitude, as we might call it, is surely better than one that feels like No, where fears, resentments, and funks take over.

The other day a phone conversation steered me into the path of Yes. My friend said that more Adventists than we think are living above the negatives of church life — above the shortfalls, the outrages, the cynicism. They throw themselves into congregational life, driven by grace and hope and mission shared. He mentioned a much-loved woman pastor in Maryland. She would have little interest, he said, in many of the controversies that consume people like him and me. It happens, too, that she is Brazilian, something we would not, given stereotypes about South American Adventism, really expect. Yet she is there, evidence against letting the negatives take over.

The time is here to say Yes. I cried the other morning — men like to say “teared up” but it was more than that — while I was sharing a passage from Marilynne Robinson’s Gilead with Becky, my wife. The protagonist in the book is an aging pastor with an ailing heart. His six-year-old son will never, as an adult, know him. So, he is writing a long letter he intends his son to read in later life. After describing a moment when the little boy delighted in showing his dad how to suck the sweet out of honeysuckle blossoms, the father writes that someday he will wonder, as adults do, what he’s really accomplished in life. You may think then, he says, that it was “no great thing to have been the good child of an old man in a shabby little town,” but you would be wrong. Then the old man declares, “You have been God’s grace to me, a miracle, something more than a miracle.”

That was the Yes attitude shining through. It made me tell Becky, “You’ve been God’s grace to me.” Then it made me think — this was a Sabbath day in the midst of the pandemic — of my own tiny Adventist congregation. Members here cannot boast of fancy degrees; most, it seems, rely on Doug Batchelor for useful information. But the head elder, who has spent time (during civil war) in a Liberian jail, calls to check on Becky and me. The head deacon has himself been in prison, but the addictions that led to this are behind him now and he is at once a productive citizen and generous parishioner. A few days ago, the congregation’s other elder — a woman but not, so far as I can tell, a proponent of women’s ordination — came by with her son, bearing oranges, a couple of quarterlies, and a loaf of bread. All these people, in their several ways, are God’s grace to me.

During the hiatus I’ve checked in, through Zoom, with four Sabbath School classes that have blessed me in the past, one on each coast and two in the Midwest. The faces and the voices convey the sense of friendship and shared regard for deeper understanding. Most are more like me than the members of my current congregation. They tend, for one thing, to know church controversies from A to Z, and to feel weighed down by them. But they and the people I hold membership with today are alike in channeling God’s grace — to me.

To be brothers and sisters who bless one another, we don’t have to be exactly the same. It may be humdrum to say this, but it may also be a provocation. Doubter or fundamentalist, African or Swede, capitalist or socialist, teacher or mechanic, male or female, gay, lesbian, or straight, anyone can be God’s grace to somebody. Anybody can bless anybody. Anybody can put anybody on the path to Yes.

It’s time — especially now when so much feels so negative — to say Yes. Fears, resentments, and funks are always, like sin, crouching at the door. I do know that fears are sometimes rational, but often they’re not; they’re just ignorance and bias piling on the way football players do before the whistle blows. Away with them!

Two more people who channel God’s grace to me just now are bull-session friends — one my roommate for two years — from student days at Walla Walla. After college, we took different paths — they are both physicians — and we lived in different places. We did not keep in close touch. A couple of years ago, however, we decided to read one book each quarter — together. We would take turn picking the books, read them at the same time and then comment in back-and-forth emails.

The most recent choice was Nelson Mandela’s Long Walk to Freedom, surely one of the most compelling autobiographies of the twentieth century. Before Mandela became, at age 75, the first president of post-apartheid South Africa, he had been an often fugitive or imprisoned activist in the cause of the African National Congress. As to leadership, he was, from the beginning, gifted — resilient against difficulty, demanding in self-assessment and generous in the assessment of others, humble enough to change his mind. Besides apartheid itself, he had to deal with disagreement among his fellow Africans, some of them impatient with his commitment to “reconciliation.” As would befit a Christian, he sought to befriend people, not to dismiss or exclude them. “My idea,” he wrote, “was that our movement should be a great tent that included as many people as possible.”

Mandela embodied the Yes attitude. In the lifetime of even the oldest among us, how many human beings have accomplished more?

Communities do, of course, have boundaries, distinct qualities and purposes. Michigan Adventism’s early leaders had it right when, at the organization of their conference in 1861, they made a covenant “to keep the commandments of God and the faith of Jesus.” That agreement (not a long statement of doctrine) would set the boundary that would make them — a community. But just that covenant evokes the Yes attitude, the conviction that anybody can receive and share the grace of God. Ethnicity, biology, status? Not one of these — here I have in mind Galatians 3 — can get in the way. Everyone can be a reason for gratitude and joy. Everyone can be a reason to say Thank you.

That covenant ought still to govern Adventist life. It is violated, certainly, whenever we slip into No, letting fears, resentments and funks determine the individuals or groups we’re inclined to exclude or look down upon. True Adventism is all-peoples Adventism. It is — Christian, distilled from the Gospel, shorn of bias and self-satisfaction, quick to say Thank you. Thank you to God and to the humans who, no matter their color or kind, are gifts from God. We may forget this, or even resist it, but God never tires of nudging us back to…Yes!

Photo by Jon Tyson on Unsplash