Dolly and the Demoniac

Dolly and the Demoniac 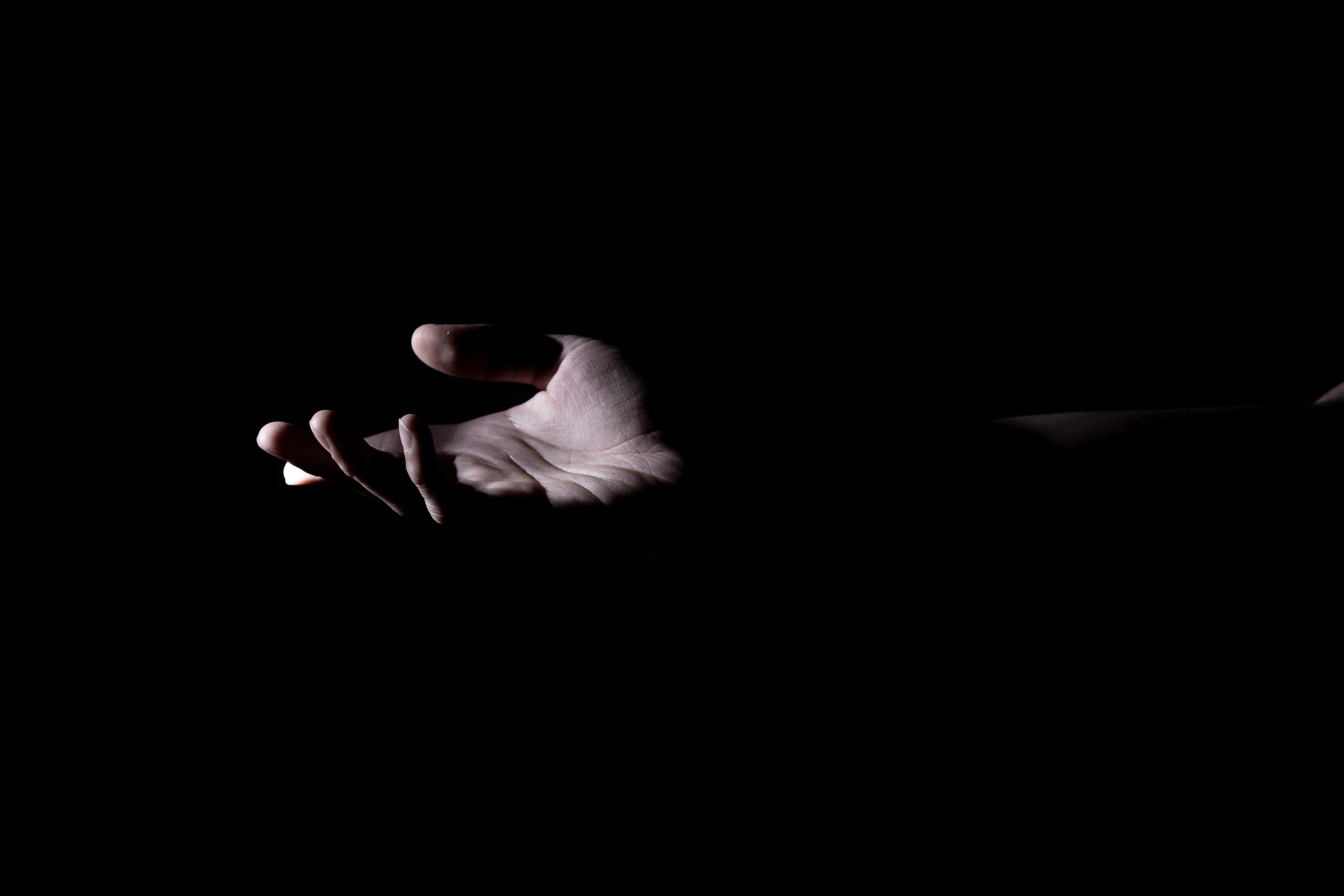 The forces of darkness seared through his veins, lending him superhuman power, yet keeping him in subhuman bondage. His naked flesh was scarred by the shackles people tried (and failed) to bind him with and marred by wounds he inflicted on himself with the jagged stones laying around the graveyard that had become his home.

The surrounding community had learned to filter the crazed one’s cries from their consciousness, as he growled and howled night after night. One night seemed worse than all the others. A storm on the sea had experienced sailors anticipating a watery grave. The same unnatural winds and rain, flashes of lightning and crashes of thunder were being unleashed on the shoreline near the demoniac’s lair.

When morning arrived, so did the demoniac’s deliverance. When Jesus confronted the powers behind the man’s distorted facial expressions, he had an unusual conversation with them. It was Jesus’ practice to tell demons to shut up when exorcising them. This time he asked, “What is your name?” The reply was, “Legion.”

Funny thing is this legion knew it was outranked by Jesus and would be overpowered in a direct conflict. Jesus banished them with a one-word command, “Go!” Then he clothed the man’s body and restored his sanity and dignity. The man begged to follow Jesus without questioning where he was going. Who wouldn’t after what he’d been through?

However, Jesus does something counterintuitive. He denies the request and tells the man to go back where he came from and tell everyone his story. The former demoniac’s mission wasn’t to go to foreign lands to spread the gospel. He was to display himself as a living before and after picture to his estranged friends, family, neighbors, and coworkers. They excitedly accepted what he had to say, after they initially rejected Jesus before he could open his mouth.

When Jesus returned to the area, those who had formerly spurned him now eagerly flocked to him. What made the difference? When people beheld the metamorphosis in the one who had been delivered from Legion, his change sparked a social transformation. This was a community resistant to the word of an outsider, so the testimony had to come from within (read Mark 4:35-5:20 and 6:53-56).

America still has yet to come to terms with the racism that has possessed it from birth. We occasionally try to bind it up through some legislative or judicial gesture, but the Legion of systemic injustice breaks free every time. We’re accustomed to filtering out the cries of those victimized by it, unless televised murder prompts sustained protests to clog the streets and disrupt commerce.

Soon the audible and visible pain is pushed off to the periphery by an unrelated news cycle, but Legion continues its dehumanizing ways. It changes tactics, but effects the same outcomes. It finds new ways to legally exploit labor, segregate neighborhoods and schools, intensify health disparities, and much more. Why is Legion so unyielding in America, despite its many flowery words preserved on parchment?

A leading reason is that not enough Christians, especially the white Evangelical variety, have experienced the needed transformation of character and followed the example of the delivered demoniac. Instead of having a face to face with Jesus that confronts the Legion, they fortify themselves in middle class Christendom and pretend everything’s OK.

When they are convicted that action must be taken, it’s often in the form of a drive-by urban ministry or supporting missionary projects overseas. Rarely does it mean confronting their own communities with a liberating word from Jesus about the unequal systems they support at the expense of those they take bagged lunches to.

A Renewed Call to Return Home

Many people of color have spoken out against this approach. The iconic Stokely Carmichael, who made “Black Power” famous, was one of them. Not that he cited the Gospel for his rational, but Carmichael advocated a similar approach to what Jesus told his new follower to do. He challenged white activists to do what he knew was impossible for him to do. Here’s an example:

I maintain that every civil rights bill in this country was passed for white people, not for black people. For example, I am black. I know that. I also know that while I am black I am a human being. Therefore, I have the right to go into any public place. White people didn't know that. Every time I tried to go into a place they stopped me. So some boys had to write a bill to tell that white man, "He's a human being; don't stop him." That bill was for that white man, not for me. I knew it all the time…

The question then is… can white people move inside their own community and start tearing down racism where in fact it does exist?

… can the white activist not try to be a Pepsi generation who comes alive in the black community, but can he be a man who's willing to move into the white community and start organizing where the organization is needed?[i]

Country music legend, business leader, and philanthropist, Dolly Parton, recently generated a lot of buzz by doing that in her own way:[ii]

"I understand people having to make themselves known and felt and seen… And of course Black lives matter. Do we think our little white a**es are the only ones that matter? No!"

For good measure she added:

And she wasn’t done! She gave this explanation for why she changed the name of her famous Dixie Stampede back in 2018:

"There's such a thing as innocent ignorance, and so many of us are guilty of that. When they said 'Dixie' was an offensive word, I thought, 'Well, I don't want to offend anybody. This is a business. We'll just call it The Stampede.' As soon as you realize that [something] is a problem, you should fix it. Don't be a dumba**. That's where my heart is. I would never dream of hurting anybody on purpose."

Dolly almost certainly didn’t have Stokely’s speech in mind. Although a Christian, she may not have been specifically thinking about this particular episode of Jesus’ ministry. She definitely never fit the profile of a demoniac — she’s always been a doll. My children are among thousands of others who have received dozens of free books from her “Imagination Library.” Dolly’s temporary departure from her sweet persona to issue tough statements to her own community was in line with Jesus’ instructions to the demoniac and Carmichael’s admonition to white activists. A Black activist saying the same thing would be tuned out by her audience. Some people may actually listen to her before Jesus himself, just as the townspeople in our story.

For those put off by the “a” word she used a couple of times, remember you can’t read the KJV Bible without saying it — you won’t even make it through the Ten Commandments. Furthermore, Dolly Parton’s not worried about anyone deflecting her message because of her wording: “I ask God to direct me and lead me and if I got his direction, then I don’t have to worry too much about anything else.”

My imagination says she dropped the mic right about there.

[ii] All remaining quotes are from her interview with Billboard magazine: https://www.billboard.com/articles/columns/country/9432581/dolly-parton-country-power-players-billboard-cover-story-interview-2020?utm_source=twitter&utm_medium=social

Photo by Akira Hojo on Unsplash