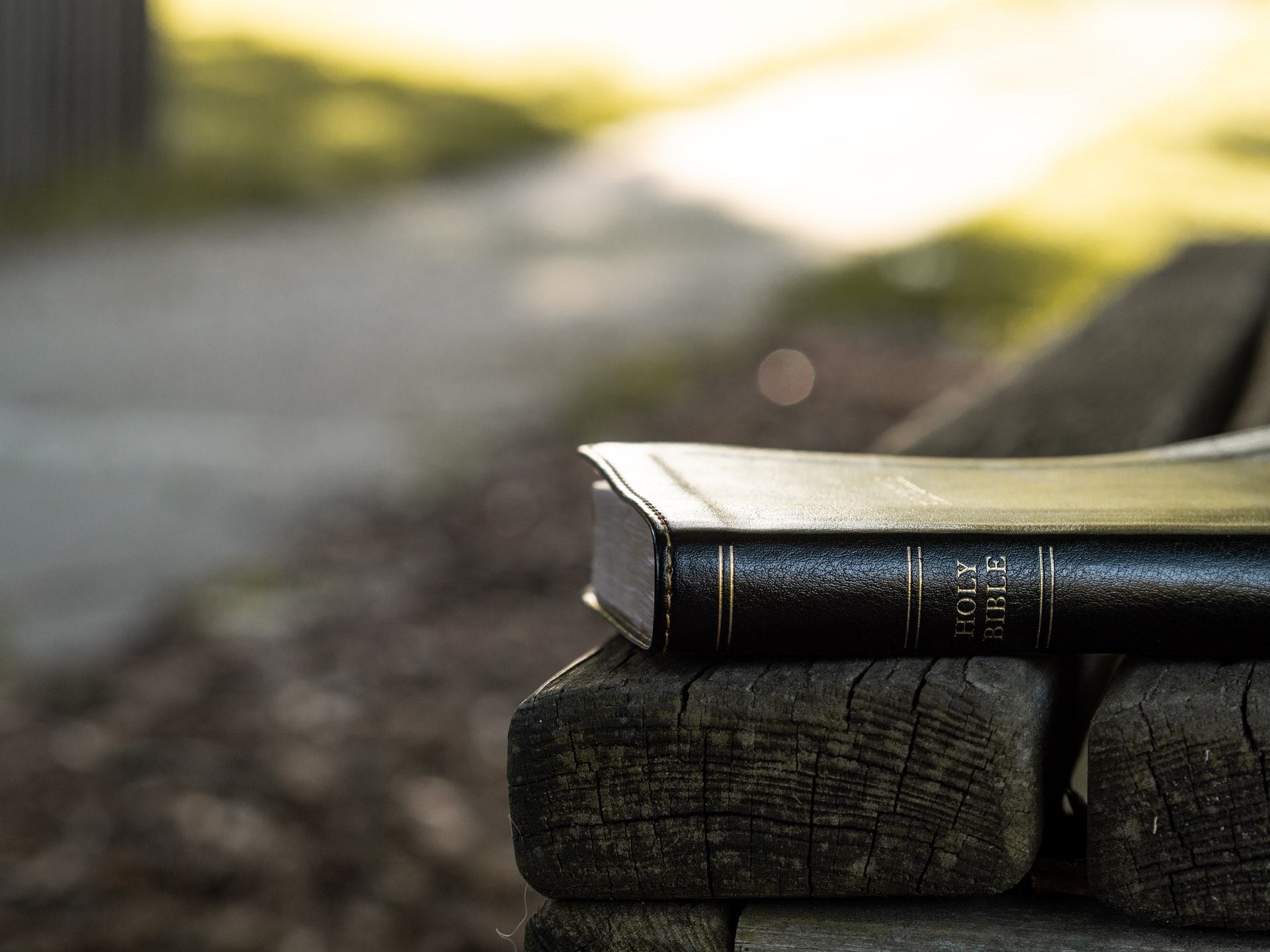 Like a father or mother lovingly raising that first child, God has counseled human beings since He created them. Furthermore, after their sin, He did not coerce their free will. However, they received the consequences of their decisions. Very early in the formation of the Seventh-day Adventist Church, God chose Ellen G. White as a channel through which to deliver His counsel. Six years before the American Civil War began, counsel was provided regarding a federal law to return runaway slaves to their master: "the law of our land requiring us to deliver a slave to his master, we are not to obey."[1] Thus, Mrs. White’s counsel to the very young church was anti-slavery.

The above counsel was responsible for the embrace of Charles M. Kinny who was born a slave in Richmond, Virginia, in 1855.[2] He was ten years old when the Civil War ended. Working his way west to Reno, Nevada, he attended a series of evangelistic lectures by J. N. Loughborough in 1878. Mrs. Ellen G. White visited Reno during these meetings, and on July 30 she preached to Loughborough's crowd of 400. Kinny never forgot that sermon. He accepted the Seventh-day Adventist message and was baptized on the last day of September 1878. As one of the seven charter members of the Reno church, he was elected church clerk and secretary of the Nevada Tract and Missionary Society. How he had been educated is not known, but he was chosen for a responsible position. In this position, he wrote quarterly reports for the Review, telling of the progress of the Nevada Tract and Missionary Society. So promising was his work that local church members in Reno, together with the California Conference, sent him to Healdsburg College (now Pacific Union College) in California from 1883 to 1885 for further education. Mrs. White was living in Healdsburg at this time, and Kinny must often have heard her speak during his college years.[3]

In 1885, the California Conference sent Kinny to Topeka, Kansas to begin work among the Black people there. He started on the first of June, and by mid-October had canvassed a third of the town with Adventist books and tracts. In 1889, Kinny was sent to a church in St. Louis, Missouri that had been organized two years earlier and had more than 50 members. Many, if not the majority, of the members were white but there was a growing interest among Blacks, especially after Kinny's arrival. It was here, in St. Louis, that Kinny probably first experienced racial prejudice in the Adventist Church. Kinny's encounter with race prejudice in the St. Louis church is particularly interesting because Ellen White visited the city shortly after he left, and she too observed the problem. In 1891, in her appeal to the General Conference Committee for a more aggressive work among black people, she recalled her experience in St. Louis to point out racism in the Adventist denomination.[4] This outcome suggests that although individual members still had an issue with racial equality, counsel from God through Sister White regarding race relations had not changed.

Two years after his ordination, Pastor Kinny was invited to attend the 1891 General Conference Session in Battle Creek, Michigan. It was at this session that Ellen G. White delivered her famous address, “Our Duty to the Colored People,” and Kinny delivered a talk outlining steps he thought necessary to bring success to the work among Black people. This GC Session marks the beginning of a turning point for race relations within the Seventh-day Adventist Church.

At the 1891 General Conference Session, the decision was made to send Ellen G. White to Australia (thus, putting greater distance between counsel and church leadership in America), and church support for evangelizing African Americans was not made available, especially in the South. Notwithstanding, Elder Kinny accelerated his efforts among African Americans. On June 13, 1891, he organized the third Black SDA church in Bowling Green, Kentucky. A year later, after nine months of work in New Orleans, he organized the fourth Black SDA church there. Two years later, on September 15 and 16, 1894, he organized the fifth church among Black Seventh-day Adventists, in Nashville, Tennessee.

During this same period, God raised up Edson White who headed down the Mississippi River for Vicksburg on a riverboat loaded with white Adventists. For six years, Edson became the spokesman for the work among Black people, doing exactly what Kinny had suggested, giving his whole time to them, building up the various branches, developing native talents, educating them, and getting them into the work. Given the large number of African Americans in the South who had been freed by the Civil War, successful evangelism among Blacks had the potential to “overrun” the Southern Union and create a serious racial imbalance. A policy was needed to protect white Adventists. In Robert M. Kilgore’s words (1890): “The work in the South for the White population will not be successful until there is a policy of segregation between the races.” This proposed policy was probably not aligned with God’s counsel through E. G. White, but she was in Australia.

Borne three years before the Civil War started, A. G. Daniells was primed to facilitate adoption of the Kilgore policy. He joined Robert M. Kilgore in Texas as tent master in 1878, and, eventually, became the longest serving president of the General Conference. During his tent master days, a mentor-mentee bond developed between him and Elder Kilgore, and Elder Kilgore eventually became president of the South Union of Seventh-day Adventists. In 1890, a policy was voted by the General Conference to enhance evangelism among whites in the South by endorsing segregation. These two men (Kilgore and Daniells) played a pivotal role in the Adventist Church adopting and implementing the Kilgore policy. Kilgore authored the policy and facilitated its adoption, and Daniells facilitated its greater implementation. For many Seventh-day Adventists, this policy became doctrine. Also, it probably became the Seventh-day Adventist Church’s first policy on race relations. Has this policy ever been rescinded?

Where would the Seventh-day Adventist Church be today if the recommended policy had not been adopted?

Let me respond to this question with a question: Where would the SDA church be if its position on tobacco, alcohol, unclean meat, illegal drugs, immorality, and tithe had changed? Clearly, the church’s tenacious hold on these biblically supported positions is the primary reason why many new converts do not smoke, drink alcohol, eat unclean meat, sell or use illegal drugs, avoid immoral behavior, and pay tithe. Yet, God’s word provides as much support for racial equality as it does for any of the above. Furthermore, lessening the requirement for one discourages compliance with the others.

Affirmative decisions regarding tobacco, alcohol, unclean meat, Sabbath observance, etc. must be registered before a person becomes a member of the Seventh-day Adventist Church. Perhaps if racial equality were among these affirmative decisions, the middle wall separating the races might begin disappearing. The middle wall is there because the racial inequality policy, at times, encouraged an inequitable process for dispersing resources. Interesting, the same person who proposed the segregation policy proposed creation of Black or regional conferences. And, this policy was consistent with Kilgore’s earlier policy, which had been approved.

Emphatically, the time has come for change! Spiritual forces of evil struck a near fatal blow to the Seventh-day Adventist Church, but God is still the God who lifted Paul from a heap of stones that were thrown to kill him. We need to repent! Starting with church leadership, all members should humble themselves, fast, and pray for God to do for them what He did for Peter. I believe this outcome will release a power and an influence we have not seen in a long, long time.

Melvin Davis, Ph.D. is a retired college administrator and professor of psychology. He is married to Sheila Davis, Ph.D., NP for 47 years, and they have two daughters, two sons-in-law, and five grandchildren. As lifetime Seventh-day Adventists, Melvin and Sheila own and operate A Natural Way Family Health Clinic in Mississippi.

Willie Davis, Jr. holds a Bachelor of Arts degree in Theology from Oakwood College (now Oakwood University) and a Master of Arts in Theology degree with a concentration in Systematic Theology from Andrews University. He is a retired educator after over 30 years of service in Adventist, public and other parochial institutions. He is married to Sara Frances Albury-Davis and together, they are the proud parents of five daughters, two sons, one daughter-in-law and one son-in-law. Their eight grandchildren are the joys of their hearts. His deeply religious up-bringing, with stern rules to live by, laid the foundation for his commitment to serving God, his fellow man and living his life as a committed Seventh-day Adventist.