Deeds, Not Only Words 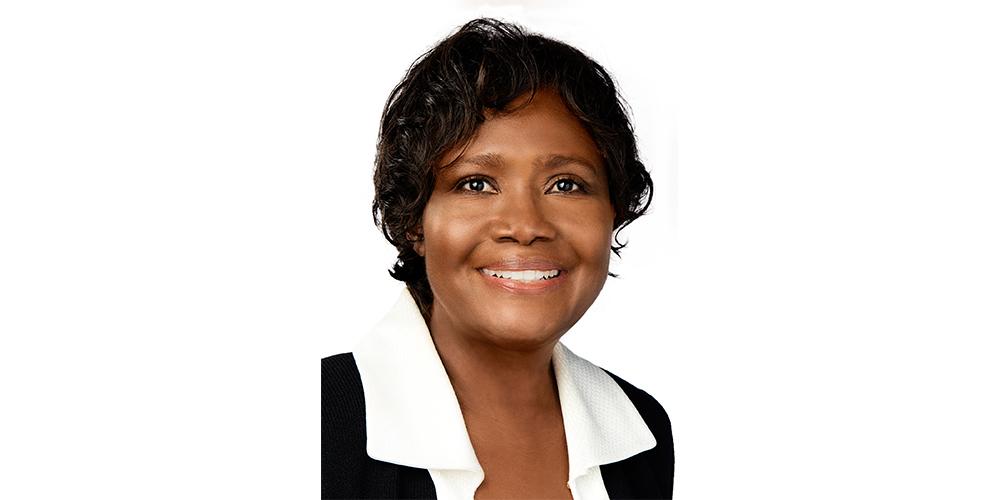 As are most of you, I am outraged over the heartless murder of George Floyd, the brutal slaughter of Breonna Taylor, and the Klan-style killing of Ahmaud Arbery. Yet, as I have sought to properly direct my anger and process my despair for change, I am reminded that I was equally outraged over the heinous executions of Eric Garner, Michael Brown, and Freddie Gray, all in 2014; and before them, the senseless, vigilante-style killing of Trayvon Martin in 2012. Perhaps one of the most traumatic for me was the killing of 12-year-old Tamir Rice in 2014. Whenever these atrocities occur, I remember that before them was the loss of my grade school classmate whose name you have never heard to the same racist brutality back in 1968; and before him, the loss of my great-uncle to the ravages of emotional despair in his inability to cope with unchecked societal injustices; and before him, countless black lives lost in lynchings and other brutalities in this country, my country.

In remembering this week, I had to acknowledge the fact that after the shock, the outrage, and the pain, we always return to an unhealthy, inhumane business-and-ministry-as-usual, only praying and hoping for that better day of change.

How can this be? I am asking this of all of us who consider ourselves, at least to some degree, spiritually mature, and all who assert conversion. How can we claim justification and sanctification in Jesus Christ and turn a deaf ear and a blind eye to racism and its ravages in any form? How can we proclaim the gospel to all the world if we will not live it to its fullest? Has the power of systemic racism rendered us numb? Have we just checked out? Is it that we just try to fly under society’s radar to avoid its ire? Yes, there have been some improvements in our society over time. But there have been so many setbacks, and we have never come far enough to claim victory over the sin of racism and its horrible effects on society. To be who we claim to be, we have a long way to go.

Our Fundamental Belief Number 14, “Unity in the Body of Christ,” states our commitment to the value of all human life and living in ways that reflect the commitment. It says in summary:

The church is one body with many members, called from every nation, kindred, tongue, and people. In Christ we are a new creation; distinctions of race, culture, learning, and nationality, and differences between high and low, rich and poor, male and female, must not be divisive among us. We are all equal in Christ, who by one Spirit has bonded us into one fellowship with Him and with one another; we are to serve and be served without partiality or reservation. Through the revelation of Jesus Christ in the Scriptures we share the same faith and hope, and reach out in one witness to all. This unity has its source in the oneness of the triune God, who has adopted us as His children. We cite Scripture as the foundation for these beliefs.

The Seventh-day Adventist Church has taken a clear stand. This statement articulates not only our beliefs but also, by this standard of belief, our responsibility to each other and all humankind. If racism can be defined as the devaluing of one group of people as inferior while super-valuing another group or other groups of people as superior, it is clearly antithetical to our stated beliefs. We people of the Book know the origin of racism. As with all other schemes of the enemy, we must reject it, call it out wherever it exists, and live in opposition to it within the church and throughout society.

We should be aware of the deceptions and myths of the “mark of Cain” and “the curse of Ham” being black skin that have survived through much of modern history. It seems that many creationists buy into Darwinian falsehood when it comes to ethnic differences ascribed to fictional stages of evolutionary development from animal to human. Even many who declare the equal value of all people appear to accept the falsehood, at least subconsciously, that God created different races or ethnic groups for different purposes, such as some people groups inherently gifted for leadership, or management, or the performing arts, or athletics, or slavery, and so forth. Surely, we people of the Book do not ascribe any credence to these. So, what is the problem?

I wonder if in part we are waiting for some supernatural change to usher us into a new relational order in which we as a body actually model our Fundamental Beliefs. Yes, some do as individuals and often in private relationships. But should not a great majority of us exemplify the character of Christ? Should we not seek for justice in society? We love Micah 6:8: it calls us to act justly, to love mercy, and to live humbly under God. (One translation says to not take ourselves too seriously, but to take God seriously.) We are called to act justly, not only to think and preach about justice, but to act justly.

Theologians, anthropologists, psychologists, and sociologists have reminded us that while we need to identify the core of a problem and must seek to help people change their hearts/minds to overcome the problem, we have to engage in correct behaviors. They have found that correct behavior must sometimes precede the internalization and ownership of beliefs and values. If we take to heart our Fundamental Belief Number 14, what is the problem that allows some to tolerate and even facilitate injustices and atrocities in our nations, communities, and churches? What causes some to replicate the more covert elements of racism while decrying the overt evidences of racism? Is that not hypocrisy?

Explore with me for a moment a phenomenon that is pervasive throughout most of the world and strongly encouraged in the United States — the current worldwide focus on the inevitably outrageous consequences of racism. Let’s look just for moment at the role of the acquisition and maintenance of power, the knee on the neck, even in the church. In a current issue of National Geographic, a writer likens the killing of George Floyd to the lynchings of days gone by: “This man was lying helplessly on the ground. He’s subdued. There’s the cop kneeling on his neck. This man is pleading for his life. To me, that is the ultimate display of power of one human being over another.”

When I try to explain the current dynamics in the United States, I turn to one of my favorite speeches, given by the former Maryland slave, scholar, orator, writer, social reformer, anthropologist, and statesman Frederick Douglass. He spoke these words on the 23rd anniversary of the “West India Emancipation,” on August 3, 1857, in Canandaigua, New York:

Let me give you a word of the philosophy of reform. The whole history of the progress of human liberty shows that all concessions yet made to her august claims have been born of earnest struggle… If there is no struggle there is no progress. Those who profess to favor freedom and yet deprecate agitation are men who want crops without plowing up the ground; they want rain without thunder and lightning. They want the ocean without the awful roar of its many waters… This struggle may be a moral one, or it may be a physical one, and it may be both moral and physical, but it must be a struggle. Power concedes nothing without a demand. It never did and it never will. Find out just what any people will quietly submit to and you have found out the exact measure of injustice and wrong which will be imposed upon them, and these will continue till they are resisted with either words or blows, or with both. The limits of tyrants are prescribed by the endurance of those whom they oppress. In the light of these ideas, Negroes will be hunted at the North and held and flogged at the South so long as they submit to those devilish outrages and make no resistance, either moral or physical. Men may not get all they pay for in this world, but they must certainly pay for all they get. If we ever get free from the oppressions and wrongs heaped upon us, we must pay for their removal. We must do this by labor, by suffering, by sacrifice, and if needs be, by our lives and the lives of others.

After referencing the work of the British abolitionist William Wilberforce, Douglass said:

I am aware that the rebellious disposition of the slaves was said to arise out of the discussion which the Abolitionists were carrying on at home, and it is not necessary to refute this alleged explanation. All that I contend for is this: that the slaves of the West Indies did fight for their freedom, and that the fact of their discontent was known in England, and that it assisted in bringing about that state of public opinion which finally resulted in their emancipation. And if this be true, the objection is answered.

We see what this looks like in the public arena. What should it look like in the church generally, and in the Adventist Church specifically?

We must act. My prayer is that we can muster the strength to return to the early days of Adventism when we as a people were active, indeed leaders, in the public square. We as a people fought against the evils of slavery, racism, and the marginalization of minorities.

It is past time to acknowledge that indeed we have a problem in the church at all levels. I have seen it up close and clearly. You have seen it too. There is hope for us all if we turn to the Source of our strength. In her writings, Ellen White predicted that in the last days, “Many had lost sight of Jesus. They needed to have their eyes directed to His divine person, His merits, and His changeless love for the human family.” “The last message of mercy to be given to the world, is a revelation of His character of love. The children of God are to manifest His glory. In their own life and character they are to reveal what the grace of God has done for them.” “In visions of the night, representations passed before me of a great reformatory movement among God's people. Many were praising God. The sick were healed, and other miracles were wrought.”

I believe this reform movement includes the eradication and healing of racism among us, and the achievement of that love to which Jesus called us — that love by which the world will know we are Christians.

This time, after the shock, the outrage, and the pain, let us not return to an unhealthy, inhumane business-and-ministry-as-usual, only praying and hoping for that better day of change.

There was a time when God told His people to get up off their knees, to stop praying, and move forward. So let us arise and “let justice roll on like a river, righteousness like a never-failing stream!” (Amos 5:24 NIV).

I hear that charge to move now.

This article was written by Ella Simmons, general vice-president of the General Conference of Seventh-day Adventists, for Adventist Review, where it originally appeared. It is reprinted here with permission from the publisher.