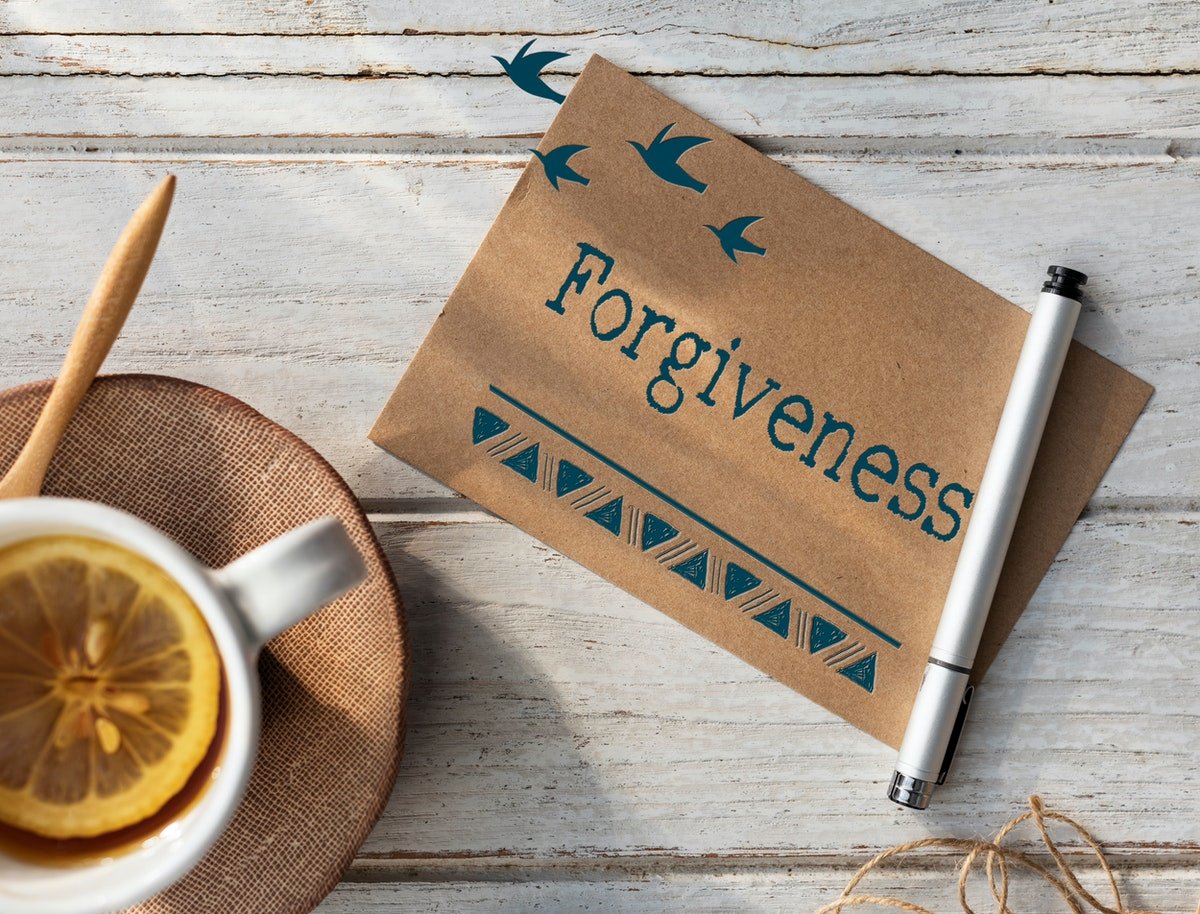 Forgiveness is an essential aspect of Christians living in a very imperfect world. It is God’s provision for dealing with offenses from slight to severe. Unfortunately, the topic of forgiveness has been encumbered with several misconceptions that make it so much harder to employ.

On January 27, 1995, Eva Mozes Kor created a firestorm among her fellow Holocaust survivors around the world when she chose to forgive 93-year-old Oska Groening, the so-called “accountant of Auschwitz,” who was on trial facing 300,000 counts of accessory to murder.[1]

Eva, her twin sister, her two older sisters, and parents, had all been deported to the Auschwitz-Birkenau concentration camp in May 1944.[2] The twins, age five, were immediately whisked away to the lab of the infamous SS Doctor Josef Mengele. They never saw the rest of the family again.

On Mondays, Wednesdays, and Fridays the Nazi doctors would put her and her twin, and many other twins, naked in a room for six to eight hours and then measure every part of their bodies…On Tuesdays, Thursdays, and Saturdays, SS doctors would take Eva to a blood lab and tie both of her arms to restrict blood flow, then a large amount of blood would be taken from the left arm while a minimum of five injections with unknown substances would be given in the right arm.[3]

At one point, Eva became violently ill and was given two weeks to live. She somehow survived. The experiments continued for an agonizing ten months, after which the inmates were finally liberated by the Russians.

Fifty years later, after Eva’s statement of forgiveness caused such a huge backlash, she felt she needed to explain. What particularly angered people was their impression that Eva was absolving Groening of all responsibility and letting him off the hook.

In reply, Eva wrote, “I told [Groening] that my forgiveness did not prevent me from accusing him nor from him taking responsibility for his actions.”[4] She fully agreed that he deserved to be put on trial and punished. However, she also felt that rather than rotting away in a prison cell, he could do far more good by speaking out against the Holocaust and urging all living Nazis to come forward and admit their guilt. His testimony, she thought, could help stop the rise of neo-Nazi revisionists in Germany.

Like Eva’s critics, many people today think that forgiveness includes releasing someone from well-deserved consequences for their wrong-doing. Some dictionaries even reinforce such thinking. One of Merriam-Webster’s definitions of forgiveness states, “to grant relief from payment or forgive a debt.”[5] The Cambridge Dictionary’s definition includes, “not punish them for something.”[6]

No wonder people balk at forgiving some individuals. Robert Jeffress observes, “One of the greatest barriers to forgiveness is the myth that forgiveness automatically frees our offender from any consequences for his actions.”[7] Even if the offender comes to God in repentance and receives spiritual release from judgment in the world to come, it does not cancel consequences in the world we live in now.

Misconception #2: Forgiveness and reconciliation must go together.

Forgiveness and reconciliation are, in fact, two different steps. Reconciliation may be appropriate, but it also may not. It is up to you and the Holy Spirit to decide.

It is true that Jesus talks about attempts to reconcile in Matthew 18. It begins, “Moreover, if your brother sins against you” and is clearly a church setting (v. 15).

Matthew 18 is about how to maintain unity and cohesion with a Christian community when a potential rift occurs with a fellow believer. We’re not talking here about the stranger who robbed you or the random drunk driver who wrecked your car and sent you to the hospital. No reconciliation needed.

Misconception #3: We need to wait until we feel like forgiving.

Forgiveness is not a feeling but a choice, a well-considered decision. There is no hypocrisy in forgiving someone when it’s the last thing on earth you feel like doing. Feelings are unpredictable. Even after we have forgiven someone, resentment, hate, or hurt may periodically rise up within us, but that doesn’t mean our original decision was invalid. Thankfully, it is often the case that feelings eventually line up with our decisions after the decisions are made.

Reality tells us that coming to the place where we are willing to forgive can be a lengthy process. There may be layers of inner pain to work through first. In his book, Caring Enough to Forgive, David Augsburger rightly calls forgiveness “a journey.”[8]

Mark Banschick observes, “It is well known that grieving has its stages. You loved someone, or you lost something dear to you. You go through denial, bargaining, anger, depression, and finally you come to acceptance. These are the stages of grief that were so well described by Elizabeth Kubler-Ross. Forgiveness is a lot like grieving. The important things that we need to forgive don't come easily.”[9]

Even after we choose to forgive, that decision may need to be reaffirmed many times for the very same offense until it becomes fully integrated into our psyche. “Forgive and forget” is simply not realistic. The problem is that the memory can return periodically with force. It does so not because our forgiveness was not genuine but because the hurt was so impactful that it made a lasting impression deep inside our brain that cannot be easily erased.

Misconception #5: Forgiveness means we have to treat the wrong doer as if nothing ever happened.

The process of offense and forgiveness always changes the relationship to some degree. It may ultimately prove to be a positive experience if greater openness, understanding, and trust emerge as a result. The relationship is restored and improved. There are other times, however, when, after forgiving the person, we need to set up boundaries and take precautions. God doesn’t ask us to become doormats or be naïve. In cases of abuse, we may need to avoid that person altogether. In some especially tragic cases, avoidance may apply to a fellow church member as well.

Misconception #6: If we are “really spiritual,” we should be able to forgive on our own without anyone’s help.

It can, in fact, be very important to reach out to others for support, including professionals, to help us get to the place where we are able to forgive and move on with life.

Carrie Dedrick writes, “Processing pain is difficult. There is no shame in getting help from a trusted source.” She then quotes Pastor Scott Savage, “The hardest things in life and the most important things in life are often things we do not do alone. For many of us, we’ve tried forgiving and we haven’t made progress. If we were going to make it alone, we would’ve done so by now.”[10]

Misconception #7: It is selfish to forgive for my own sake.

Actually, the primary purpose of forgiveness is to preserve our own well-being. Eventually, Holocaust survivor Eve Kor adopted what I believe is the core of true forgiveness, stripped of its misconceptions. She wrote, “I felt when I discovered forgiveness like I had found a cure for cancer. It was that amazing to me. If we consider anger and hatred the cancer of the human soul, and if I found a cure for that cancer and it made me feel good and did not hurt anybody, should I keep it secret or should I share it with the rest of the world?[11]

She continues, “Forgiveness is really nothing more than an act of self-healing and self-empowerment. I call it a miracle medicine. It is free, it works, and has no side effects.”[12]

Whether it’s a simple spat with your spouse or long-held resentment toward a family member or friend, unresolved conflict can go deeper than you may realize — it may be affecting your physical health. The good news: Studies have found that the act of forgiveness can reap huge rewards for your health, lowering the risk of heart attack; improving cholesterol levels and sleep; and reducing pain, blood pressure, and levels of anxiety, depression and stress. And research points to an increase in the forgiveness-health connection as you age.[13]

Andrea Brandt provides further insights regarding the detrimental effects of withholding forgiveness and the value of choosing to release ourselves from inner pain:

Anger, bitterness, hate — these emotions weigh heavily on your body and in your thoughts. When you don't process and release your emotions, they remain trapped inside you and can cause physical ailments like stomachaches and high blood pressure and can worsen depression and anxiety. When you forgive and let go of a grievance, you are freeing your body and your mind.[14]

Forgiveness can be the ultimate act of self-care. Louis B. Smedes has written, “To forgive is to set a prisoner free and discover that the prisoner was you.”[15]

The physical, emotional, and spiritual harm that a lack of forgiveness can cause means that we cannot afford to wait to forgive until the other person offers an apology or shows evidence that they have changed. Forgiveness opens us up to wholeness and a future free from harmful, debilitating entanglements from the past.

The scriptures are replete with admonitions to forgive.

“Be kind and compassionate to one another, forgiving each other, just as in Christ God forgave you” (Ephesians 4:32).

“Therefore, as God’s chosen people, holy and dearly loved, clothe yourselves with compassion, kindness, humility, gentleness and patience. Bear with each other and forgive one another if any of you has a grievance against someone. Forgive as the Lord forgave you” (Colossians 3:12-13 NIV).

By the grace of God, we can choose to forgive once we have cast aside all the myths and distortions that keep so many from experiencing its invaluable benefits.

“In the end, our lives are about the stories we live and tell ourselves. Forgiveness is a story about putting the past in its place, letting go with an affirmative change in our hearts, and living our present and our future,” to the glory of God.[16]

[1] Eva Kor, The Forgiveness Project, https://www.theforgivenessproject.com/stories/eva-kor/; What does Eva Kor think of the other Holocaust survivors who are critical of how she forgave Oskar Groening? Quora, https://www.quora.com/What-does-Eva-Kor-think-of-the-other-Holocaust-survivors-who-are-critical-of-how-she-forgave-Oskar-Groening

[4] Why did Eva Kor shake hands with a former Auschwitz guard?, Quora, https://www.quora.com/Why-did-Eva-Kor-shake-hands-with-a-former-Auschwitz-guard

[11] “What does Eva Kor think of the other Holocaust survivors who are critical of how she forgave Oskar Groening?” Quora, https://www.quora.com/What-does-Eva-Kor-think-of-the-other-Holocaust-survivors-who-are-critical-of-how-she-forgave-Oskar-Groening

[13] What Does the Bible Say about Forgiveness? Brent Rinehart, Crosswalk, August 3, 2018. https://www.crosswalk.com/faith/bible-study/what-does-the-bible-say-about-forgiveness.html

[14] Andrea Brandt, “How Do You Forgive Even When It Seems Impossible Part 2,” Psychology Today, May 2, 2016, https://www.psychologytoday.com/us/blog/mindful-anger/201605/how-do-you-forgive-even-when-it-feels-impossible-part-2

[15] “Forgiveness as Self-Care: Forgive Someone Else, Save Yourself,” Kali Lux, Workit Health, August 23, 2017. https://www.workithealth.com/blog/forgiveness-self-care-save-yourself/