Tear Down This Wall

Tear Down This Wall 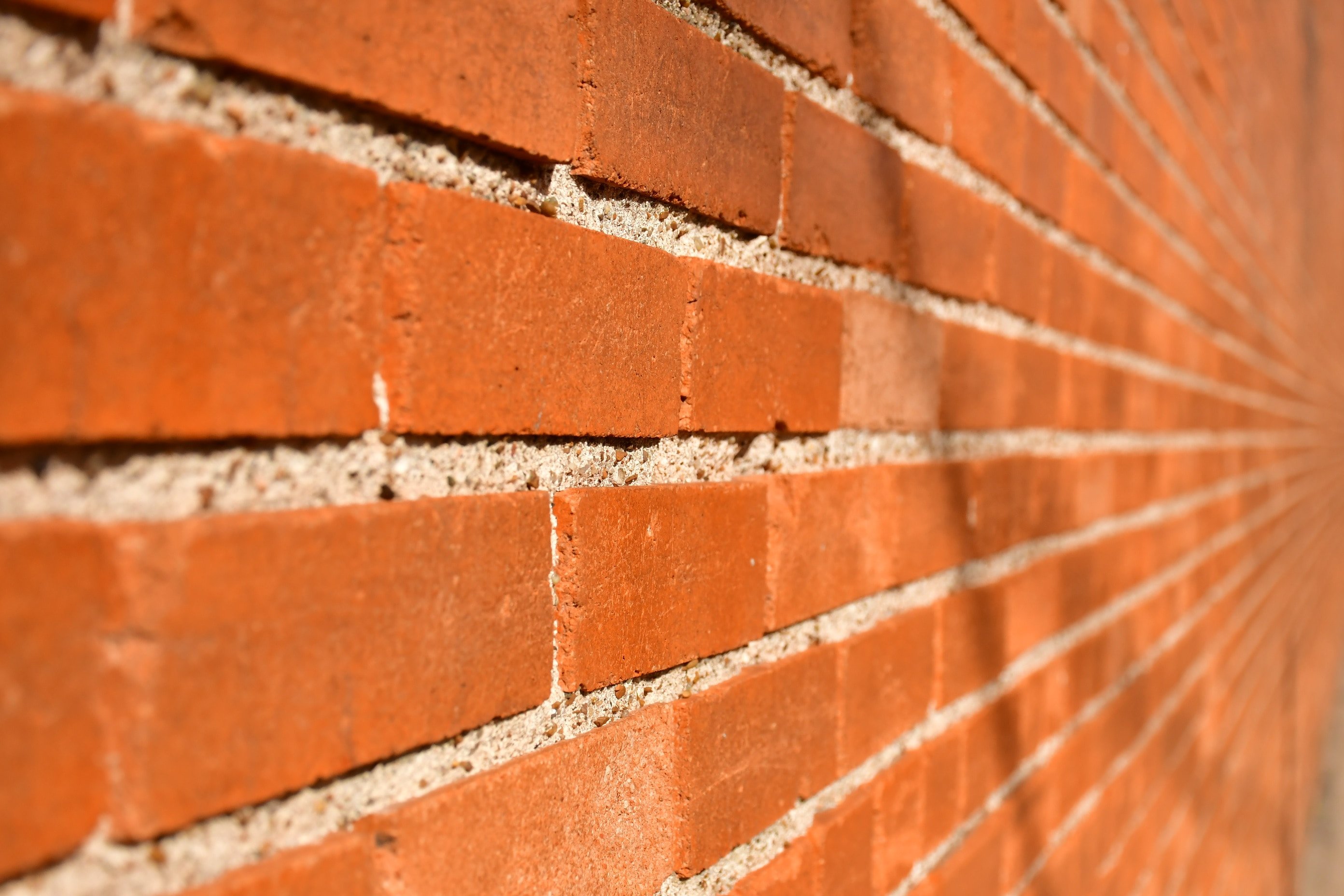 It’s time to get serious about repentance.

For nearly 10 years, Adventism’s most powerful church leaders have been doubling down on their agenda of male superiority and privilege. In their view, a wall divides men from women: the leaders are on one side, and on the other the women who must be sweet-talked and cajoled, or if necessary compelled, into a status that leaves men in charge. These leaders think women, just in virtue of being women, cannot be ordained into pastoral ministry, and they weaponize the Bible — I explain the verb below — against those who think otherwise. As for conscience, when it compels individuals and organizations to tear down the wall and to take steps toward the single new humanity envisioned by the Gospel, our most powerful leaders want these individuals and organizations to be punished.

Last Friday night I read the December 9 Adventist Review report on Annual Council consideration of union conferences that are “noncompliant” with respect to the church’s ordination policy. The policy, re-affirmed at the 2015 General Conference Session despite widespread scholarly objection, reserves ordination for men and forbids it for women. But some unions, in deference to the church’s declaration (Fundamental Belief #14) that we are all “equal in Christ,” remain determined, nevertheless, to treat men and women equally. Some defy the policy by continuing to ordain women; others evade it by using the same “commissioning” service (not quite ordination proper) to recognize all pastoral callings, whether of women or of men. The latter may seem harmless enough, but to the leaders now most powerful in the church, it is still abhorrent. Even when, as in the case at hand, a belief is no mere idiosyncrasy but a widely shared conviction, church policy trumps conscience: noncompliance in defense of women cannot be tolerated.

A dividing wall looms over all of Adventism. This wall is an infamy, a condemnation of our very being as a church. And if we don’t realize it, and recoil from it, that’s in large part because we don’t know how to read the Bible. Let me explain.

On the same night I looked at the Adventist Review report, I was paging through my Bible in preparation for a Sabbath School class. The quarterly took me to the books of Ezra and Nehemiah, both stories of heroic faith, courage, and determination. But in these books you can also find such contempt for foreigners as to justify “never” seeking their “peace or prosperity” (Ezra 9) and prohibiting them from “ever” entering “the assembly of God” (Nehemiah 13). Today these words feel exclusionary and disturbing. But when you realize, as I did on Friday night, that the prophet Zechariah encouraged and addressed precisely the people who were in those days re-building Jerusalem, you see how the Bible story helps explain why, today, such contempt for foreigners disturbs us.

Start from anywhere in Scripture, it turns out, and when you try to connect that part with the other parts you see development, a story that is going somewhere.  And the direction of the story — what I pondered again last Friday night — shows why many of us, or perhaps most, cannot be at ease with what seems exclusionary. It shows, too, why the persistence of the exclusionary attitude among the church’s most powerful leaders is such a scandal. The dividing wall has cast an evil shadow on our community for decades, and we have failed to bring it down. This fact, I repeat, is an infamy; we must repent.

So, taking the Sabbath School’s current focus as a beginning point, consider the story. Ezra and Nehemiah lead a remnant of Israel back to Jerusalem from exile; the surrounding peoples make life difficult, and both leaders speak of them in highly negative ways. The prophet Zechariah offers assurance and support, and also reminds his readers (chapter 6) to show “kindness and mercy to one another.” He says, too — note this well — that God forbids oppression against “the widow, the orphan, the alien, or the poor.” The alien? Yes. To the prophet the alien matters, and this seems a step beyond the disdain for “unclean” others you find in Ezra.

Then, in chapter 8, Zechariah predicts a “sowing of peace” such as will make Judah and the house of Israel a “blessing.” These words, as we know, echo the call of Abraham, where God promised that Israel would be a blessing to all the families of the earth. This, too, seems a step beyond. But if Zechariah’s words point backward to Abraham, they also point forward to something Zechariah (or as some say, one his disciples) declares in chapter 9: Your “king” will come “riding on a donkey” and commanding “peace to the nations.” According to the Gospels, Jesus did come riding on a donkey and he came as the prince of peace. The author of Ephesians declares (chapter 2), that Christ is “our peace,” the maker and guarantor, that is, of true Christian fellowship and generosity. Under Christ’s influence, the “dividing wall” between Gentile and Jew tumbles down, the chapter says, and “one new humanity” rises up. Here again is a step, or giant step, beyond disdain for “unclean” others. So the story goes somewhere; it has a direction.

Now consider what “one new humanity” implies. A single new humanity would lack dividing walls that privilege some as inherently superior to others, and so stir up “hostility” and sabotage “peace.” Nothing in this single new humanity would feed bitterness, slander, and malice. The author implores us (chapter 5), “[B]e kind to one another,” and the words feel like a summing up of the Gospel’s moral meaning. But the author sheds further light: Not only be kind but be also “tenderhearted, forgiving one another, as God in Christ has forgiven you.”

All this makes God in Christ our reference point, our guide, our North Star. And when the point sinks in you realize again why some of what you see in Ezra and Nehemiah feels disturbing. Those stories take you to Zechariah, and from Zechariah you can find a path straight to Christ and a moral vision five words summarize: “Be kind to one another.” From the perspective of kindness, the exclusionary attitude seems diabolical. Christ, echoing Zechariah and other prophets, takes us beyond what we find in Ezra and Nehemiah.

Other summaries of Christ’s moral vision would work — the word “love” is the best-known — but the enjoinder to be kind works, too. And it helps us say exactly why the dividing wall the church’s most influential leaders are now protecting is so despicable. That wall is unkind. It slanders women who themselves bear the image of God. It does nothing to allay bitterness or stifle malice. It is thus a disparagement of Christ and a disaster for the church.

You will see this if, when you confront Holy Writ, you read with a view to Christ — with Christ always, in other words, as your reference point and guide. In the Adventist Review issue I mentioned before, John McVay, president of Walla Walla University, argues for a “Christ-centered” church. He appeals to Scripture and invokes Ellen White’s insistence that Christ is the “one great central truth” that must be kept “ever before the mind” as we study the Bible. Yes! Otherwise, anyone can weaponize the Bible, taking small bits from here and there in order to defend, rather than tear down, dividing walls.

The person who reads Christocentrically will have no problem grasping the present urgency of churchwide repentance. The Bible, read that way, forbids unkindness to anyone, not least unkindness to persons who differ from us. So what powerful men are now doing to assure that no Adventist women pastors, not even where congregations welcome them, can be granted dignity equal to that of men — this effort, by these men, is unkind. That is the essence of the offense, and it has continued for years; it does not come from oversight but is deliberate.

So let us repent for having let this go on so long. Let us declare now to ourselves, our leaders and (at the appropriate time) our representatives to the 2020 General Conference Session: THIS WALL MUST COME DOWN.

Photo by Serenity Mitchell on Unsplash