The Problem with Purity

The Problem with Purity 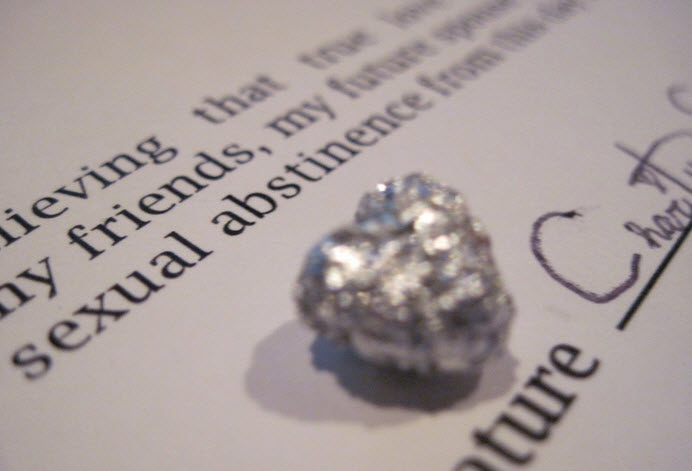 Growing up in the Seventh-day Adventist church I was taught that Scripture demanded perfect sexual purity before marriage.  As I think back on it, the way the subject was framed made it seem almost a virtue to be ignorant about sex, naive and vulnerable. Implied (and sometimes said) was that sexual interest wasn’t compatible with faith. And believe me, we were interested! All of us, even the most pious. Some managed to keep the urge under control, or at least secret. Others interpreted the teaching as making them unwelcome in the church, and so left at precisely the time they might have benefitted from a church family the most.

I’ve recently seen a number of articles by Christian commentators questioning the high place we've given purity and virginity. Nearly all of them are women: Sarah Bessey, Elizabeth Esther, Rachel Held Evans, Jen Pollock Michel and Carolyn Custis James have all taken on the subject. As you read their reflections, you begin to understand why: women are the main target of the purity pushers.

Writes Bessey in "I Am Damaged Goods", "I was nineteen years old and crazy in love with Jesus when that preacher told an auditorium I was 'damaged goods' because of my sexual past. He was making every effort to encourage this crowd of young adults to 'stay pure for marriage.' He was passionate, yes, well-intentioned, and he was a good speaker, very convincing indeed. And he stood up there and shamed me, over and over and over again."

She tells how the pastor passed around a cup and asked everyone to spit into it. “Some boys horked and honked their worst into that cup while everyone laughed. Then he held up that cup of cloudy saliva from the crowd and asked, ‘Who wants to drink this?!’ And every one in the crowd made barfing noises, no way, gross! ‘This is what you are like if you have sex before marriage,’ he said seriously, ‘you are asking your future husband or wife to drink this cup.’”

Never mind the dangers in this metaphor (spitting into a cup an analog of what, exactly, and so targeting whom? And what about marrying a good Christian widow?) The bigger question is, what happened to welcoming sinners?

We Christians have always had a tough time finding the balance between discouraging sin and encouraging sinners. I remember being a bit annoyed when I first realized that the heros in my college ministerial program were those who, unlike me, had been out in “the world” and had an exciting story to tell. Those students got the first calls. I used to joke that I’d be more marketable if I’d had spent a year as a student drug addict instead of being a life-long good Adventist boy. You can pack a room with an exciting desperate-sinner-to-God story. (At least one well-known Adventist pastor based his whole ministry on telling over and over the story of the few years in his adolescence when he went from a street gang member to Seventh-day Adventist.)

Meanwhile, they kept telling us never to do what served the ex-sinners so well. We got protectively shamed and scolded and left to believe there wouldn't be a way back. Perhaps they thought that admitting there was forgiveness was giving permission.

And so the problem with trying to set up a picket line against sin: you don't know who's on either side of it. "Your life will be ruined if you lose your virginity" is self-fulfilling: it gets ruined at least in part because we said that, according to scripture, it should be. In fact, by the time the pastor gets up and preaches that purity sermon to the young people, some of those lives are already "ruined", first, because young people are by definition immature and often don't make the best choices, and second, because abuse happens.

It's not clear how we justify this excluding, judgmental social construct from Scripture. It isn't exactly laying there on the surface for us to find. Take the seventh commandment, for instance, our go-to text for purity. Given what is apparently permitted under the seventh commandment (concubines, multiple wives, women as chattel, adolescent marriage, child-bearing slaves), it’s hard to see how it can make the case preached from many pulpits. The New Testament is clearer on adultery and marriage, but it still doesn’t come up to the standard of conservative churches—a standard Elizabeth Esther calls our "new and improved" virginity. "Ultimately" she says, "we implied that a woman’s inherent worth and dignity could be measured by whether or not a man has touched her."

Perhaps that's why where the church is leading, few are following. A 2009 study  by theNational Campaign to Prevent Teen and Unplanned Pregnancy concluded that 80 percent of unmarried evangelical young adults (18 to 29) admitted to having had sex. (See more here.) Another study shows that the Christian purity movement has been a walloping failure: "Teens who took a virginity pledge have sexual relationships that are nearly identical to those of similar teens who did not make such a pledge. The one area in which the pledge does make an impact is negative: Teens who took a virginity pledge and did have sex were less likely to use condoms and other forms of birth control."

From what I know of the principles of Scripture, and what I've learned about family dynamics from a lifetime of ministry, I think the traditional purity model an ideal one. Rarely, though, does anyone get an ideal life. I also know why Christian leaders would like to keep young people from doing something they’d later regret, for there’s plenty to fear about the effects of promiscuity: unwanted children, STDs, exploitation and psychological damage. Yet maybe fewer of these things would happen if there were any way for the church to talk about sex except "Don’t!"

We Christians pride ourselves on a sterner morality: "thus saith the Lord" trumps any other reason for being good. Yet inseparable from—ideally, homogenized into—a specifically Christian morality is something that isn't always clear enough in our church of wanting-to-be-good people: Divine grace as a guarantee of forgiveness and restoration. No, forgiveness doesn't take away the consequences of sin; but heaven forbid the church should introduce additional ones!

Even with its textual difficulties, John 8:1-11 is still the wisest path through this difficulty in scripture. Before Jesus, a sinner is forgiven and set on the path to wholeness, while her accusers are reminded of their own sinfulness. For around this sin in particular, hypocrisy  thrives. The best, last word on the topic goes to C.S. Lewis:

I want to make it clear that the centre of Christian morality is not here. … The sins of the flesh are bad, but they are the least bad of all sins. All the worst pleasures are purely spiritual: the pleasure of putting other people in the wrong, of bossing and patronising and spoiling sport, and backbiting; the pleasures of power, of hatred. For there are two things inside me, competing with the human self which I must try to become. They are the Animal self, and the Diabolical self. The Diabolical self is the worse of the two. That is why a cold, self-righteous prig who goes regularly to church may be far nearer to hell than a prostitute.