People have only a few more days to relish a free exhibit, featuring rare Bibles, Christian books, and art, displayed at the Lynn H. Wood Archaeological Museum (www.southern.edu/archaeology) at Southern Adventist University and located in the basement of Hackman Hall.

Building on a passion for antique medical books, collector, Elton Kerr, shifted to an effort to acquire items that show the development of the use of the written word for a text-based Christianity. Museum Curator, Michael G. Hasel designed the Script to Scripture Exhibit of over 80 items to present the history of writing in ancient times and trace the ways the Word of God has been conveyed within culture in a variety of styles and media. A facsimile of an 8th Century Lindisfarne Gospel

The exhibit takes guests through time to see the expansion of the text in Christian life and worship. One beautiful artifact is a colorful facsimile of an 8th Century Lindisfarne Gospel that reminds one of the Book of Kells. Also, a portion of the exhibit explains the context and work of the Waldensian people and includes a 15th Century Waldensian New Testament and a first French Protestant Bible. One can also examine a collage of materials from the Reformation and Counter Reformation

Highlights include pages from a Gutenberg Bible, a first edition folio version of Foxe’s Book of Martyrs, and a 1611 King James “He” Bible, so called because of the rendering of Ruth 3:15 that states “he went into the cities,” later corrected to “she.” 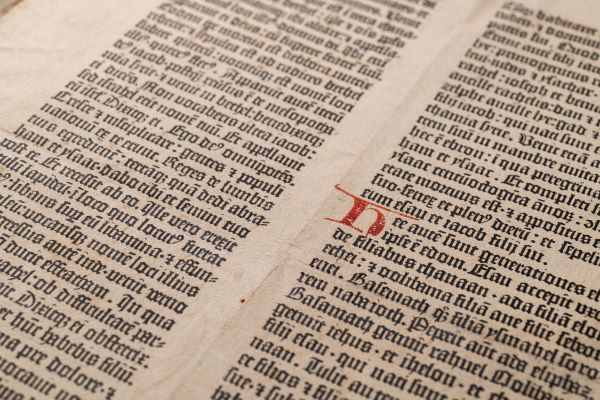 Pages from a Gutenberg Bible

Kerr’s collection of American Bibles helps one to understand the imprint of scripture on people in North America. For example, one can view an Eliot Indian Bible, a Breeches Bible (the type brought on the Mayflower), a facsimile of a Jefferson Bible, and an Aitkin Bible, the first English Bible to be printed in North America. 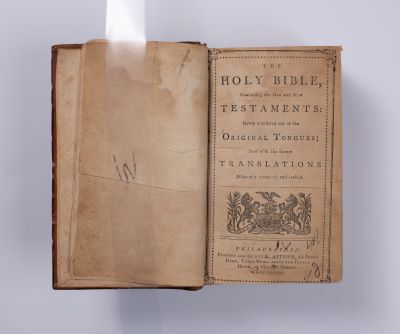 An Aitkin Bible, the first English Bible to be printed in North America

Adventists will see a variety of books reflective of early denominational history including a book by William Miller and a book that critiques Miller’s work. A first edition Great Controversy, Uriah Smith’s Daniel and Revelation, and an Advent Harp songbook give a sense of cultural elements of the Second Great Awakening. For me, The Captivity and Restoration of Israel published in 1917, was an unfamiliar title for what later became Ellen G. White’s Prophets and Kings. 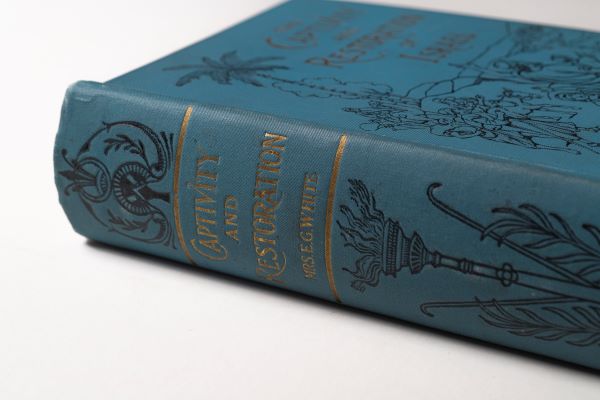 The Captivity and Restoration of Israel published in 1917

A framed print of Dürer’s, The Apocalypse, adds a creative exclamation point as one ends the tour of Script to Scripture. Also, don’t miss flipping through the laminated pages of a thought-provoking rendering of Passional Christi und Antichristi (1521) which will bring a smile as one ponders a series of illustrations to compare the actions of Christ vs. the Anti-Christ.