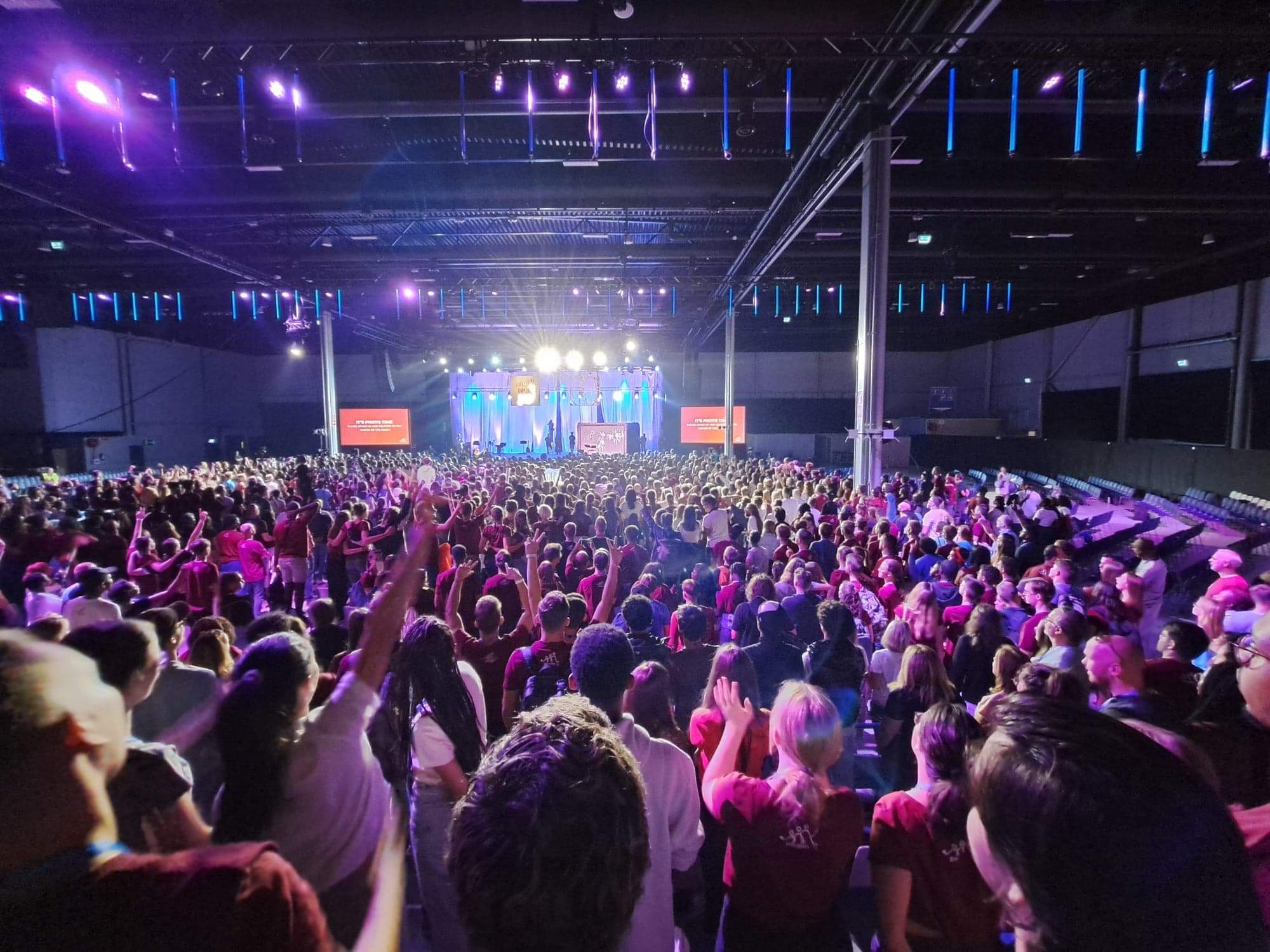 The European Adventist Youth Congress 2022 took place in Lahti, Finland. This AYC, as it is also called, was the first Adventist youth congress of its size in Europe after COVID-19. The theme for the congress was “Plug In.” About 2,200 young people from Trans-European Division (TED) and the Inter-European Division (EUD) gathered for inspiring meetings, workshops, and social activities. The two main speakers were David Asscherick, cofounder of ARISE, and Daniel Bosqued, president of Sagunto Adventist College in Spain.

What follows are a few reflections from this congress from a pastor and someone who is reaching the age limit of youth congresses. First of all, in one way, this congress had everything you can expect. There was inspiring worship with singing and preaching. There were also a few short but very touching testimonies from attendees. The teaching in the various workshops was high quality and relevant. But more on that later.

As with many other similar events, there was a dedicated prayer room. The fellowship was great, and the program allowed time to meet new and old friends. During the congress, there were two main activities outside the meetings and workshops. One was a scavenger hunt where you could form teams and, through an app, go around Lahti to gather points. Basically, a fun and interactive way to meet new people and see more than just the inside of a congress hall. The other activity was twofold. One part was a 5K charity run raising money for the work of ADRA Finland. The other part was a so-called Exhibition of Nations, which consisted of stands and booths from the many countries represented in the congress. All of this took place in a cozy, crowded small harbor next to the lake in Lahti. Furthermore, the organizer of the congress had arranged for attendees to experience the most famous activity in Finland, namely sauna. To my knowledge, it’s the first time I’ve seen that in a youth congress. Well done, Finland!

As also expected, there was a baptism of 12 people on Sabbath. It is always a highlight when people get baptized in front of thousands of witnesses. It was a beautiful experience to see. 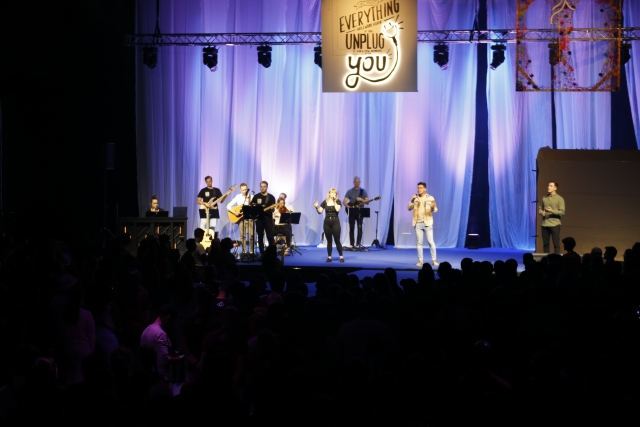 When it comes to the meetings and speakers, I made a few reflections. Daniel Bosqued did the preaching in the mornings. He based each meeting on a story from the gospel of John. When he talked about plugging into the Spirit, he asked some difficult questions about norms and traditions we have in our liturgy as a church, and how that affects our lives. One of his points was that the more we separate from the Spirit, the more laws we create, both collectively and individually. What struck me the most was his ability to be balanced, sensitive, and respectful even if the topic could be very difficult. As a pastor myself, Bosqued gave me something to think about in how to communicate with clarity and sensitivity.

David Asscherick was the speaker in the evenings. Expecting his fast pace, rapid logic, and Twitter-friendly punch lines, I thought about something else. I remember a time, let’s say almost two decades ago, when many young people, including myself, listened to Asscherick. We got really inspired by a then younger preacher with a fascinating conversion. We grew in our faith due to his preaching and teaching. To this day, I have many friends who either have attended ARISE or will do so. Now I can see a new young generation growing up, and Asscherick is there now as he was for me and many others back then. Say what you will about his preaching, but I must give him that he is constantly there where it is happening and seems to never get out of fashion. As a pastor myself, I find that very inspiring and motivating.

Lastly, a few more reflections. The youth director of the Swedish Union of Churches said that this time, it was almost half as many attendees compared to the previous AYC in Spain in 2017. She reflected on this and what she sees in her work in Sweden: that many people are not really coming back to church after COVID-19, but those who do so seem very committed. In other words, we must keep this in mind and take advantage of that as much as possible, but we cannot forget those who we don’t see in our community after COVID, be it young or old.

Now a few words about the program content. The workshops about sex and relationships were most attended. They even had to be repeated because of the interest and the relatively small rooms they were held in. It is one of the few instances where I have heard such good workshops and teaching about sex and relationships in an event on this large scale, organized by the Seventh-day Adventist Church.

To conclude, it was a long-wished-for congress for many. Not perfect for all, and hard work for others. But certainly a blessing for everyone in one way or another.

Anton Torstensson has an MA in theology from Newbold College and is a pastor in the Swedish Union of Churches Conference.