In Admiration of Brian Bull 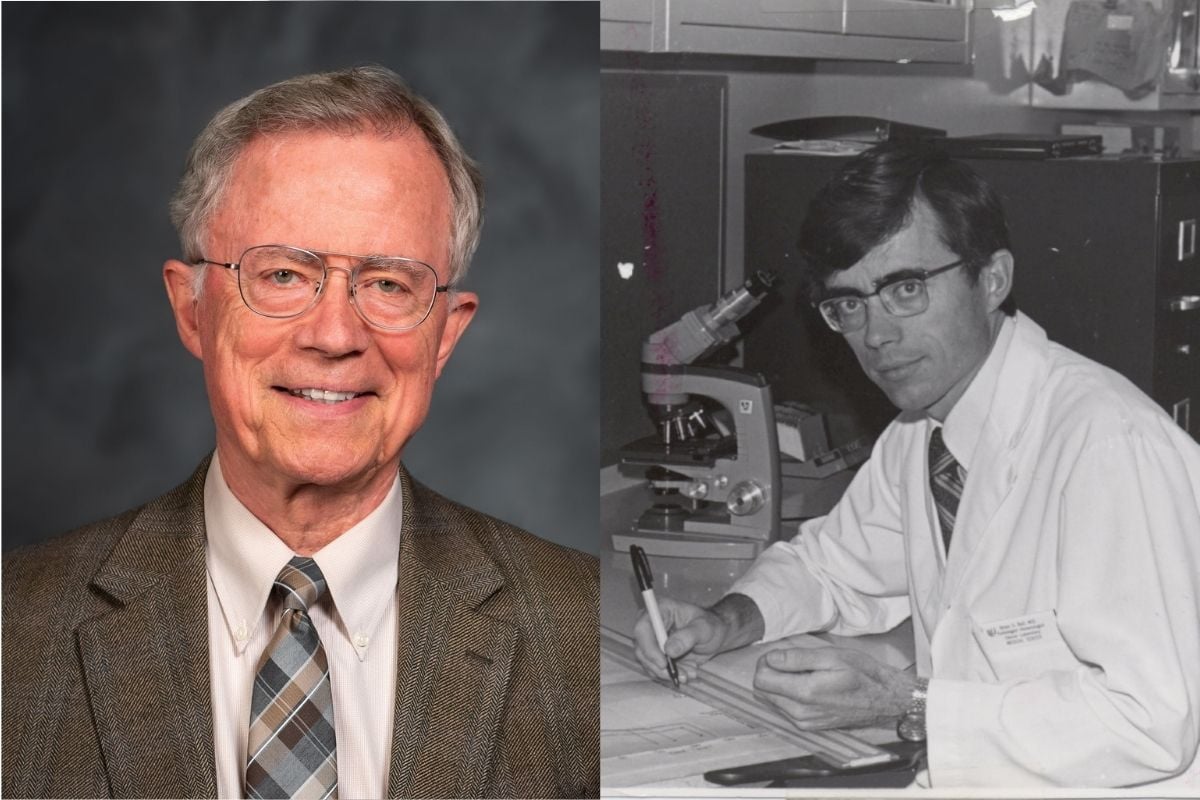 Dr. Brian Bull, a pathologist with prolific careers in both healthcare research and education, died on February 22 in Loma Linda after a short battle with cancer. He was 84.

Not only a leading world expert in hematology, author of over 200 journal articles and recipient of many professional awards, Bull also dedicated significant time to talking and writing about the relationship between Adventist faith and science. From 2011 to 2019, he co-wrote three books about how Genesis 1–11 can be read from a modern scientific context.

In a life and career framed by intellectual and academic excellence, Bull also sought to embody a life of service.

He grew up in Jamaica, where his father worked as a school administrator, before moving to the United States as a teenager. In 1957 he graduated from Walla Walla College with a degree in Zoology, then received a doctor of medicine degree from what is now the Loma Linda University School of Medicine in 1961, graduating at the top of his class.

Bull’s medical career took him to Yale University as an intern, New Haven Medical Center as an anatomic pathology resident, and the National Institutes of Health as a clinical pathology resident. He then worked at the NIH as a staff hematologist, contributing to cutting-edge research projects.

He was offered positions of honor at a prestigious medical school in London and also at the National Institutes of Health, but his one goal was always to dedicate his life work to his beloved alma mater. He joined the Loma Linda University faculty in 1968 and would remain there for the rest of his career.

“Brian Bull was the classic senior statesman on campus, and the stability he brought to the faculty medical groups and particularly the department of pathology in both his teachings and clinical function was immense,” said Richard Hart, president of Loma Linda University Health, who also studied under him as a medical student.

One of Bull’s significant research contributions came in 1975. A team at Loma Linda was looking to improve outcomes while using a heart-lung bypass machine for open-heart surgery, and Bull was lead author on a paper describing an improved way to manage the anticoagulation medication. The technique became widely adopted, estimated to have reduced open-heart surgery mortality by as much as 50%.

“Brian Bull's rising stature in medicine as an established innovator and scholar served to raise the reputation of the School of Medicine, which added heft to the prospects of Loma Linda School of Medicine graduates who sought to matriculate to top tier institutions for post-graduate education,” said Carmen Lau, Adventist Forum board chair, who is married to a School of Medicine alumnus and is the parent of two graduates from the program. Over the years, Bull received 17 patents for his medical innovations. A technique he developed for laboratory quality control proliferated widely, still known today as “Bull’s algorithm.” For the Spectrum / Adventist Forum community, Bull’s interests in examining the interaction of religious thought and science have had a profound impact. In 2011, Adventist Forum published  God, Sky & Land: Genesis 1 as the Ancient Hebrews Heard It, a collaboration with Fritz Guy, research professor of philosophical theology at La Sierra University. The book seeks to recreate how Genesis 1 was heard by its original audience, without putting modern scientific demands upon it. “The reader is invited on a journey of discovery into the riches of the Bible,” says a review in the journal Spes Christiana. They followed up with two more books, God, Land, and the Great Flood: Hearing the Story with 21st-Century Christian Ears (2017), and God, Genesis, & Good News (2019).

Others in the Adventist academic community remember Bull’s wide-ranging contributions. “A giant has fallen,” said James L. Hayward, professor emeritus of biology at Andrews University. “Brian was one of the most interesting—and brightest—people I’ve ever known. His mind was razor-sharp. He was interested in everything from biblical interpretation, personality typing (Myers-Briggs), paleontology, geology, science and faith, health, hematology, ancient human artifacts, and much more. He was an intellectual of the highest caliber, one of the finest examples of what it means to be a human.”

He is survived by his wife, Dr. Maureen H. Bull, also a School of Medicine graduate; the two married in 1963 and have two children, Beverly and Beryl.

Dr. Brian Bull was active in research through December 2021, publishing about the effects of COVID-19. A sudden advanced cancer diagnosis was a shock to his many colleagues and friends.

In 2021, he accompanied a group from Adventist Forum to the Galapagos Islands (chronicled in Volume 49, Issue 4 of the Spectrum journal). Gerald Winslow, research professor of religion at Loma Linda University, wrote the following to his friend about their journey.

“Traveling together on that adventure last year provided an exceptionally rich occasion to explore the meaning of our shared Christian faith in relation to scientific understandings of the astonishing variety of creatures on our planet. I realized again, as I often have in the past, that my deepest connection with you is spiritual. We both want to honor our Creator and care for the church we have served throughout our adult lives. I have learned so much from you about how to carry out such work with patience and honesty.”