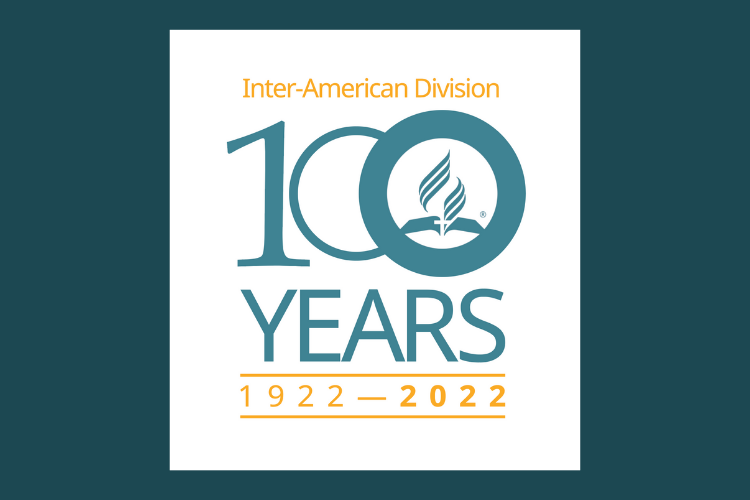 On Sabbath morning, October 30, the Inter-American Division launched its year-long 100th-anniversary celebration. The anniversary kicked off with an online program that pulled together participants from across the territory, from Mexico down to Colombia and Venezuela, with the Caribbean and Central America in between.

The program was broadcast on YouTube in English, Spanish, and French and was nicely produced, with a variety of musical performances, videos, reports from different departments, and a sermon from IAD president Elie Henry.

“We have seen how God has led His church in Inter-America through the years and want to create awareness among the constituency, leadership, and church members on the role the IAD has played over the past 100 years,” Balvin Braham, IAD vice president and the main organizer, said in an announcement advertising the event.

The almost two-hour-long broadcast began with historic pictures from the 11 union conferences and 13 union missions that make up the IAD. Two hosts then welcomed the online audience, and after an opening prayer by George Brown, IAD president from 1980 to 1993, we watched videos from a number of former IAD church administrators, who reminisced about ways God led during their tenures and throughout the 100-year history of the division.

A video introduced the Inter-American Division and its diversity, which boasts 3,681,066 Adventist members, in 23,319 churches and congregations and 156 local conferences. There are 35 hospitals and clinics, 14 universities, and 790 primary and secondary schools with 145,596 total students. There are nine centers of influence in different areas. There are television stations and more than 90 radio stations.

Another segment of the program looked back at a brief history of the division, from its first organization in New York in 1922, and then its moves to different headquarters, first to Panama, then to Cuba, and finally to Miami, Florida in 1945—the only division of the church whose headquarters is outside its territory.

There was a greeting from Ted Wilson, General Conference president, in Silver Spring, Maryland.

Filiberto Verduzco, IAD Treasurer, reported that tithe is growing even faster than membership.

Heads of all of the different departments of the division, from Family Ministries to Sabbath School to Evangelism to Publishing Ministries, gave very short (less than a minute) reports about what they are working on and their projects for the next year.

The speakers from across the division, throughout the one-hour and 49-minute program, were overwhelmingly men. There were a few women on the program from three departments (Women’s Ministries, Education, and Children and Adolescent Ministries), and one of the hosts of the program was a woman. But in general, almost all of the voices were men—even the musical groups were nearly all men, from two men’s choruses to a saxophone soloist (whose accompanist was also a man). We finally saw women in a mass choir from the Jamaica Union singing The Hallelujah Chorus at the very end of the program.

Later, in the evening of October 30, a special musical online program featured choirs from universities across the division.

This program was the kick-off not only to the year-long anniversary celebration but also to the annual business meetings of the IAD that will be held this week.

The IAD is planning other big events between now and October 2022 across its territory, from consecration services to Sabbaths of special prayer and thanksgiving, culminating in a great centennial celebration next October.

More information can be found at 100.interamerica.org

You can watch the October 30 program by clicking here.