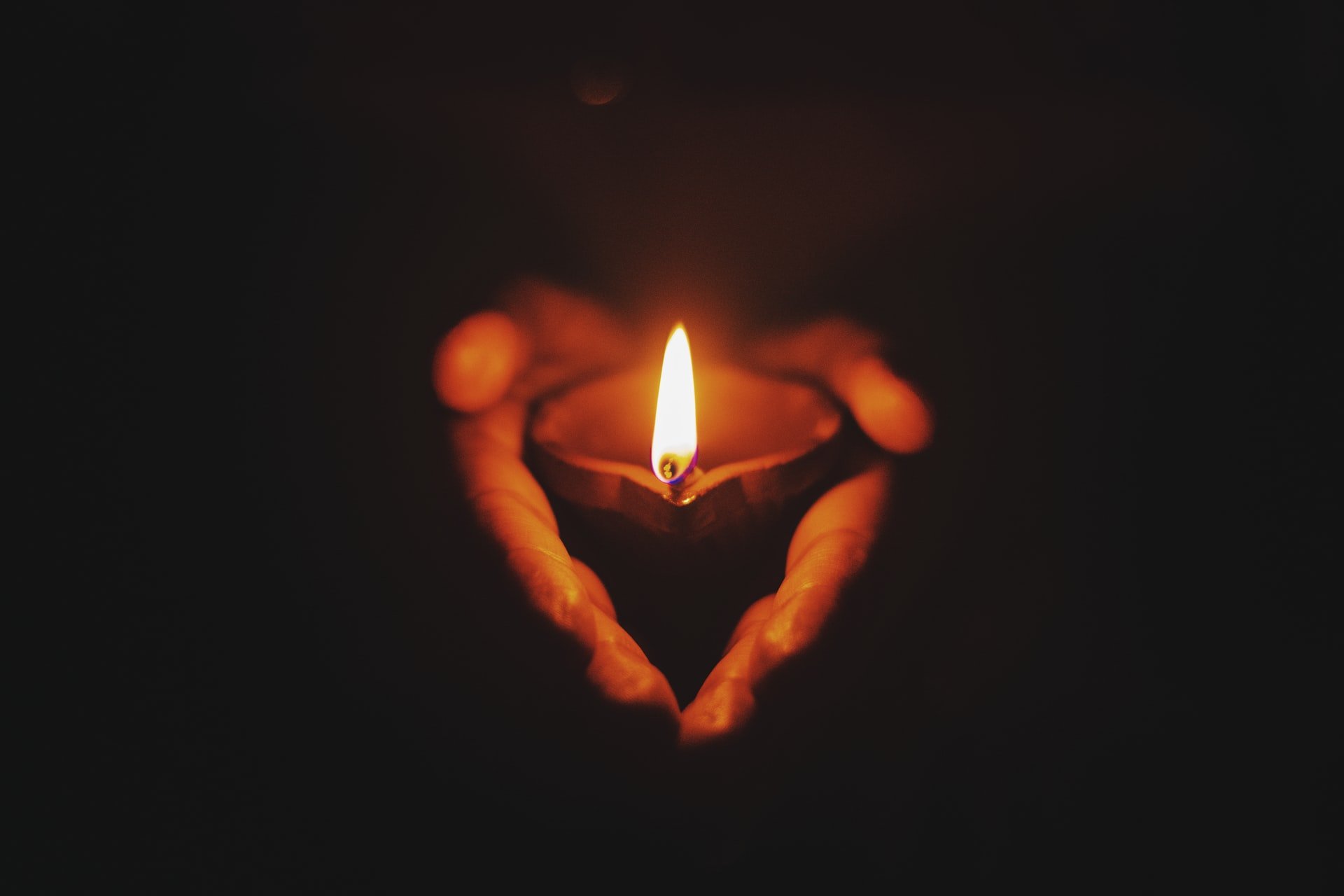 Over the past year, as the reality of COVID-19 has unfolded, it is startling to realize that some 95.6 million people have contracted the disease of whom 2.04 million have died. In the United States alone there have been 24.1 million cases with over 399,000 deaths.[1]

At first it didn’t seem that serious. Our kids enjoyed having an extra-long Spring Break. It became more real as people who we personally knew got sick, and a few even died. Other friends lost their jobs. As the pandemic has raged on, those who have pre-existing health conditions or who are elderly have been the most vulnerable. As scientists come to better understand the disease, we have come to learn how simple practices like wearing masks (over your mouth and nose) and practicing social distancing can help mitigate the spread of COVID-19. If we take seriously the biblical teaching to “love our neighbor as yourself (Mark 12:31), it should move our hearts to do whatever we can, however inconvenient, to help slow the spread of COVID-19, particularly for those who are vulnerable.

Unfortunately, there are some Adventists who do not believe the pandemic is real. Some dismiss it as the “flu” or “fake news.” Yet the following stories showcase how the pandemic is in fact very real, and that now, over the span of a year, we have a number of people who are missing their mother or father, a spouse, or at times even a child, who are no longer with us as a testament to the reality of COVID-19 in our midst. Each of these people are valued church members and represent only a fraction of those who have died and leave behind a gaping hole in their communities. And some didn’t have any pre-existing health conditions and were at the very prime of life. COVID-19 is no respecter of persons.

It can be easy to let one’s guard down. One of my pastoral friends shared with me (with his permission) about how at their church they had effectively stopped following recommended practices like wearing masks and social distancing. They had been meeting for several months, and no one had gotten sick. Then one Sabbath last fall a member, who participated in the praise team up front, came to church not feeling well. That next week they had seventeen people test positive for COVID-19. While none of those seventeen people died, at least one family member of someone who was there did subsequently pass away. He has expressed to me how they wished they had been more careful. It is a grim reminder of how our actions have consequences. It is not too much to ask to inconvenience ourselves by putting the welfare of others before ourselves. This is, after all, the “golden rule.”

We still don’t know how far-reaching this pandemic challenge will be. There are signs of hope with the new vaccines that have been developed. As the pandemic rages on, this is an opportunity to give tribute to those who we have lost this past year. 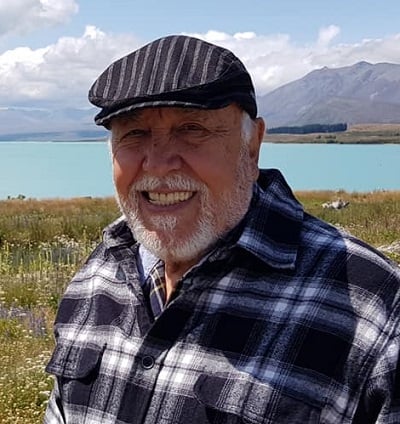 Antonio Carlos Jacobs, 74, died in Brazil on August 14, 2020 as a victim of COVID-19. He was a loving husband, beloved father, a servant of God, who left behind his wife Elza and two daughters Patricia and Priscila, and four grandchildren. He served the church as head elder at several congregations and loved to lead out in construction of new church facilities (including their current church in Brasilia). More than that, he served God through his daily interactions with people, always taking time to listen to people, talking with them, and sharing God’s hope with them. His contagious smile, his many jokes, and warm personality left a lasting impact in the lives of many, seen through the many stories that came up after his death from people sharing how he had touched their lives. His grandchildren remember how he made them an arcade from scratch and always ate cookies with his tea. Some of his friends called him “celestial peace” because he was always so calm and serene. We are left with his legacy of service, and the hope of meeting him again when Jesus comes. 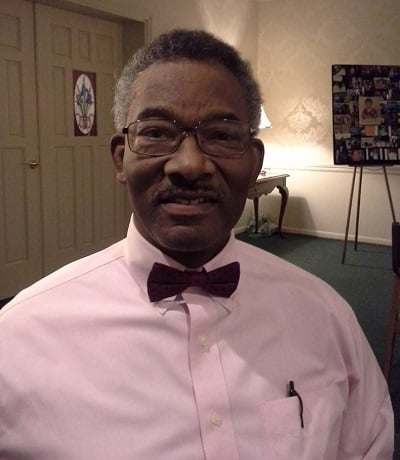 Andrew Steele was an active Seventh-day Adventist, he was the head elder of the Cherry Hill Seventh-day Adventist Church in the Detroit, Michigan, area. He was known for his active involvement in soul winning and discipling new believers. To watch the tribute and funeral service by family and friends, click here. 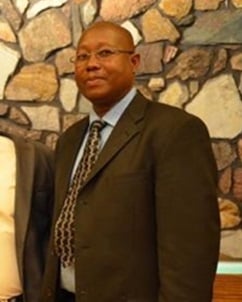 A seminary student at the Seventh-day Adventist Theological Seminary at Andrews University. He was an international student from Malawi where he was living with his family and working on his second master’s degree. He would have graduated this past August. He died after a short illness and cardiac arrest believed to be caused by complications related to COVID-19. He is believed to have been exposed to COVID-19 in a long-term care facility in the area. He leaves behind his wife, Mary, and his two children, Sithembile (a student at Central Michigan University) and Dumisani (a student at Berrien Springs High School). Click here to see more information on the Andrews University website. 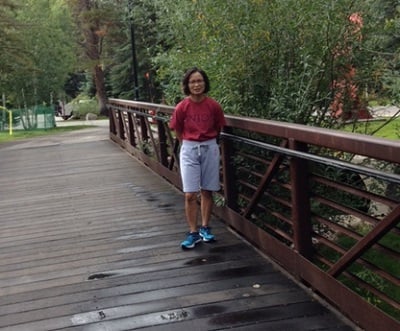 Lilian “Lil” Gibson passed away on November 2, 2020, due to complications from COVID-19. She was born in 1959 in Iloilo, Philippines, where she eventually emigrated with her family to the United States, settling in Lincoln, Nebraska. She graduated from College View Academy and Union College. She worked as a Registered Nurse at the Dialysis Center of Lincoln for 17 years and was an instructor at Bryan Health. She was a long-time member and elder of the College View Church. She is survived by her husband, Jim, and two sons, Jared (Lana) and Justin. Click here to read her obituary. 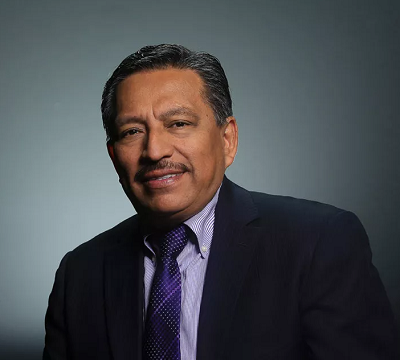 Church leader Pastor Ervin González, publishing ministries director for the Inter-American Division (covering the Caribbean and countries from Mexico through Central America) with headquarters located in Miami, Florida. He died from effects of COVID-19 in Monterey, Mexico, on December 31, 2020. With 35 years of ministry experience, he was known for his spiritual convictions and passion for literature evangelism. He is also well known for his leadership at the Linda Vista Adventist School in south Mexico, which during his leadership received university status. He is survived by his spouse, Lilia, and their three children, Lilia, Erwin, and Jenner. Click here for more information from the Inter-American Division. 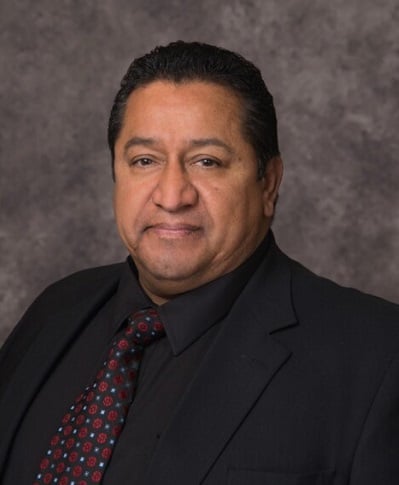 Pastor Jose Manuel Rodriguez, age 58, was born in Asientos, Aguascalientes, Mexico and passed away on December 12, 2020, due to complications from COVID-19. He received his theology degree from the University of Montemorelos in Mexico and was a dedicated pastor and director of family ministries for the Texico Conference. He was known for his “passion to win souls for Christ” and will be greatly missed by his many friends and fellow church workers. To read the full obituary, click here. 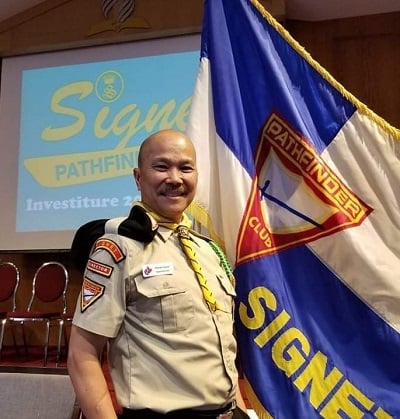 Ronaldo V. David was a caring, dependable, loving, and dedicated father and husband. He was active in the Bramalea Fil-Can Seventh-day Adventist Church where he took joy in serving his community. He was a frontline worker and had a passion for teaching young people. He was well-known for his leadership as a Pathfinder Director and the head of children’s ministries in his church. He was remembered as someone who “never stopped spreading God’s joy and love” to everyone he met. He is fondly remembered by his friends and family for his warmth. He is survived by his wife and two children. His daughter, Jhona, shared her story about also surviving COVID-19 on this YouTube video. 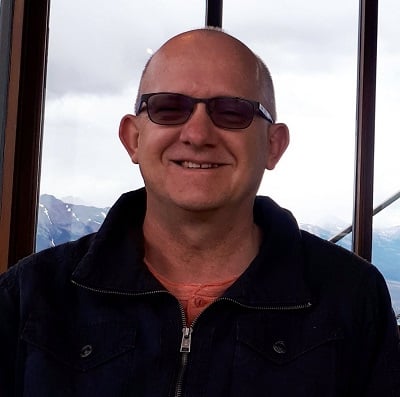 Wayne Sparrow succumbed to COVID-19 in South Africa on December 29, 2020. He waged a “valiant struggle” against the virus where he served as principal of the Helderberg Primary School. He was well-known across South Africa as a veteran educator and denominational employee. He is survived by his wife, Yvette, and their children, Melissa and Dale. 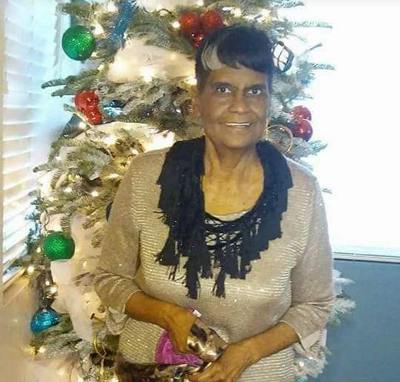 Geraldine Woodson (1930–2020), affectionately known as "Geri," was born a twin, in the Twin Cities of Minneapolis/St. Paul, in the month of twins to Morton and Isabel McQuerry. A second generation Seventh-day Adventist, she was a product of Adventist Christian education from elementary school through college. She was also one of the first graduates from Pine Forge Academy in 1948. While attending Union College in Lincoln, Nebraska she met and married Milton J. Woodson, Sr., and from their union came six children — a son dying a few days after being born. Geri was an active member of the Seventh-day Adventist Church her entire life. She led children’s Sabbath School departments for over 40 years, primarily at the Berean Seventh-day Adventist Church in Los Angeles, and was also active with Pathfinders. She retired from her profession as a preschool/kindergarten teacher at the age of 70. A lover of kids and youth and "Grandma Geri" to so many, she sent special care packages to students from her church who were studying at Adventist colleges across the country. She leaves to mourn her passing five adult children — Dolores, Milton, Jr., Leslie, Alan, and Marc, along with 12 grandchildren, 13 great-grandchildren, and many family members and friends. 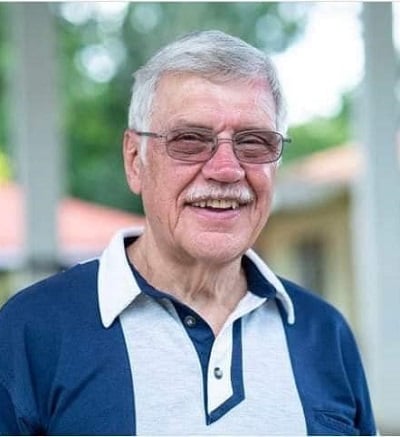 Jim Neergaard, age 73, died January 11 due to COVID-19 while traveling for the Quiet Hour Ministries, after visiting friends in the United States. His wife, Joyce, was in Egypt at the time where she manages a public health clinic. At one time he pastored the Hollywood, California, Seventh-day Adventist Church. His lifelong passion was Adventist missions, having spent a large part of their lives in service for various church entities overseas, especially in the Middle East (where he served in Egypt and then as ADRA director for the Middle East), and also where he actively organized and promoted missionary work. He actively worked to assist helping refugees from many different countries. He was someone who loved life and had a great deal of fun. He had Danish roots from South Dakota where his Danish friends remembered his fondness for Danish ice cream. Always an entrepreneur, he started the first corn chip business in Denmark. He was remembered for his sacrificial giving to help others. James Michael (Mike) Dale passed away on December 20, 2020, at age 70, due to COVID-19 complications. He was a veteran educator who came out of retirement to become the principal of Ozark Adventist Academy in Arkansas where he had served since 2006. He held degrees in education and a master’s degree with an emphasis in school law. He was a deeply loved and respected educator, sponsoring many student clubs and outreach projects. He was often quoted as saying “Titles and degrees mean nothing if you don’t use them to make a positive impact in the world.” His obituary can be found here. 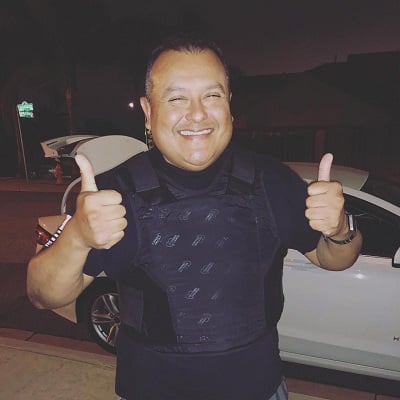 David Frank Garcia passed away March 23, 2020, at age 50, as the first documented person in San Bernardino County, California, to succumb to COVID-19. He entered the United States Navy in 1998 as a Hospital Corpsman and later served in Operation Desert Storm in 1991 and later served in the U.S. Naval Reserves. He later served for 26 ½ years in law enforcement and had just retired where he looked forward to spending more time with his wife, Melissa, and their three daughters: Charisma, Elise, and Monique. David had a French bulldog named Ollie and loved walking his dog every day. He also enjoyed gardening, barbequing, reading books, and movies, and telling jokes that made everyone laugh. He was an active member of the Azure Hills Seventh-day Adventist Church and served for a number of years as the Pathfinder club director.

Main photo by Prateek Gautam on Unsplash. In-line photos courtesy of the author and the respective obituary webpages.