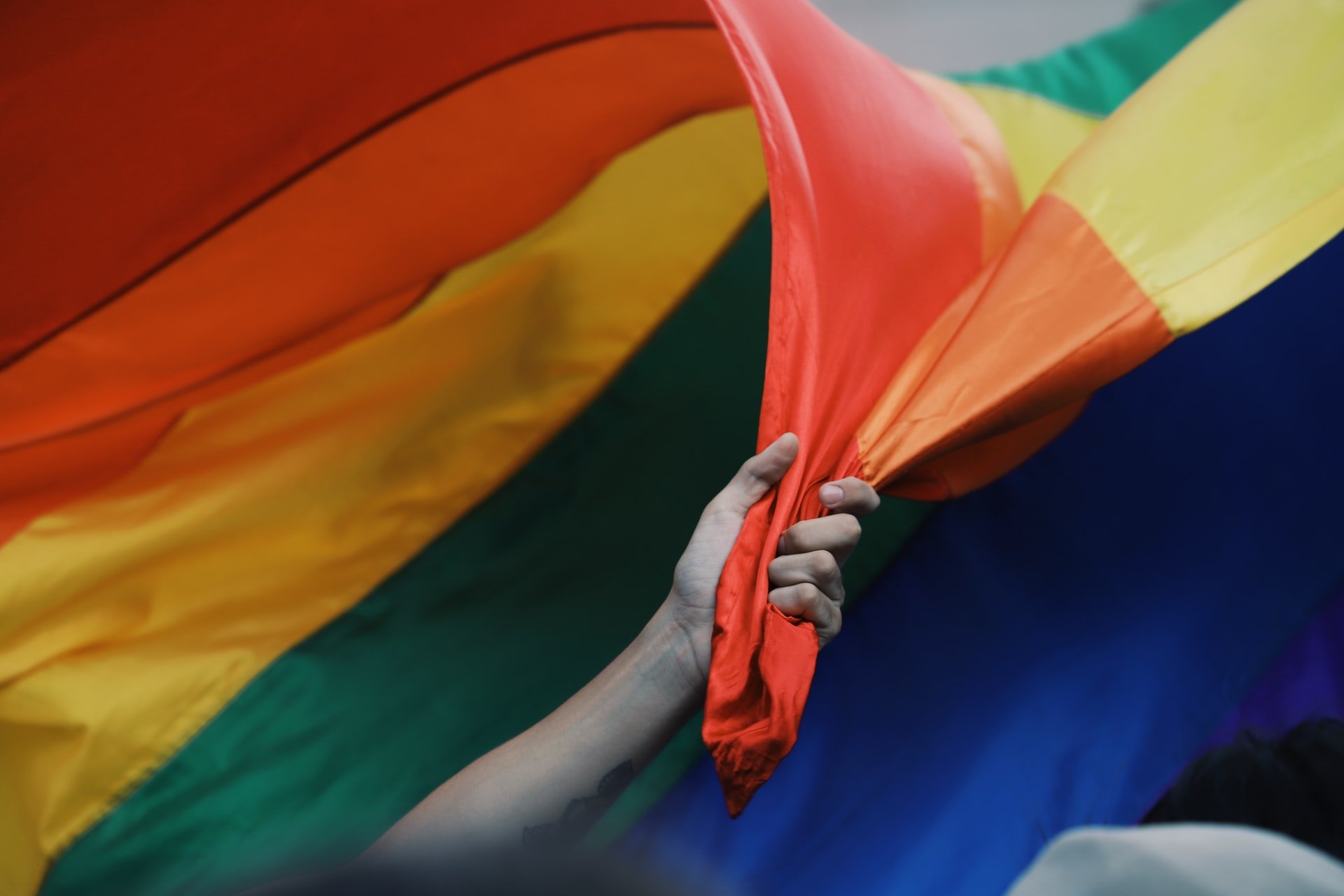 In this week’s news round-up, sixth grade teacher Steven Arauz was fired after revealing he is gay, and more news from Loma Linda, Canada, Kenya, and Zambia.

Florida Adventist Teacher Fired after Revealing He Is Gay. According to a report in the Orlando Sentinel, Steven Arauz, who taught sixth grade at Forest Lake Education Center in Longwood, Florida, has been fired after giving an interview to the online magazine Gays With Kids, revealing that he is gay. Arauz had been viewed as a model foster and adoptive parent, a single dad who gave talks to foster-parenting classes and urged others at his Seventh-day Adventist church to help needy children, too. Four years ago, the statewide Adventist organization put Arauz and his newly adopted son on the cover of its magazine.

“The irony is that, as Christians, we like to say, ‘Everyone belongs. Come as you are and follow Jesus,'” Arauz said. “But then if they find something they don’t agree with, you’re thrown out.”

Arauz also says his firing from Forest Lake Education Center in Longwood is unjust because the school accepts public money in the form of state scholarships and federal coronavirus aid.

In a statement to the Orlando Sentinel, Frank Runnels, superintendent of schools for the Florida Conference of Seventh-day Adventists, wrote that Adventist teachers are part of the church’s ministry and “must teach, support, and live in accordance with the teachings of the Seventh-day Adventist Church.” Arauz, he added, “breached this agreement” through his “conduct and advocacy.” The Seventh-day Adventist church’s position is that “sexual intimacy” should take place only between a married man and woman. “The Bible makes no accommodation for homosexual activity or relationships,” its website says.

Following the news, the CEO and president of AdventHealth’s Central Florida hospitals sought to separate its mission and beliefs from that of the school, telling employees in an email obtained by the Orlando Sentinel that he is “proud” to welcome workers and patients without regard to sexual orientation or gender identity.

CEO Daryl Tol’s email, sent late last week, stopped short of criticizing the actions of the school, Forest Lake Education Center — which, like the hospital system, was founded by Seventh-day Adventists. The hospital system gave $22,500 to the school in 2018, according to the most recent tax records available.

“As an active member of his Seventh-day Adventist church, he has been a friend to many, including me,” Tol wrote. “He has taught the children of our team members, mine included, and he’s been a strong advocate for foster care and adoption throughout the state of Florida.”

Arauz said he and Tol are both members of the same Adventist church, WholeLife, which its pastors say welcomes everyone, including those who are gay, straight, bisexual or transgender.

Pregnant Latina Woman Admitted to Loma Linda University Medical Center with COVID Shares Her Story. According to a report in the Los Angeles Times, the last thing Monica Ramirez remembers is hearing her doctor’s voice. “You have COVID, honey,” he said. “But you’re going to be OK.” She had driven herself to the emergency room at Corona Regional Medical Center on a blistering afternoon in July. She was 38 years old, 30 weeks pregnant, and she could not breathe.

Ramirez woke up from a medically induced coma nearly three weeks later. In a different city. In a different hospital. Hooked up to a ventilator. The room was dark. Her first thought? That she had somehow ended up in a dungeon. And then she heard laughter.

“All the doctors and nurses were clapping and high-fiving,” she said. “They were asking my nurse for the day, ‘Where’s her baby? How’s her baby?’

“But I didn’t know what baby they were talking about, because I was still pregnant.”

The jubilation in the intensive care unit at Loma Linda University Medical Center that day stemmed from a simple fact: Ramirez had regained consciousness. Fourteen days earlier, doctors had delivered her baby by emergency caesarean section.

Of the 48 pregnant women who have been admitted to Loma Linda University Medical Center with COVID-19, 45 are Latina — an extreme snapshot of a disease that has infected and killed Latinos at a rate disproportionate to their share of the population.

“What’s unique about COVID-19 is we haven’t really been able to identify out of the gate why some moms seem not sick at all,” said Dr. Courtney Martin, medical director for maternity services at Loma Linda University Children’s Hospital. “And then another portion are insanely sick, like Monica. Who almost died. Several times.”

From the Los Angeles Times, “She’s pregnant, she has COVID-19, and she can’t breathe.”

Kenyan Adventist Youth Build New House for Elderly Widow. According to a report in Tuko, a group of Seventh-day Adventist youth from Homa Bay county, Kenya, built a new house for Selina Akumu who had lost her husband and six children some years back and was now living a desperate life since she had no one to help her. Akumu's house was being destroyed by termites and was at a point of collapsing since its walls were weakening each day.

Shem Ochieng, the youth’s leader, said the Bible encourages the ministry to help the needy, adding that according to the Book of James 1:27, true worship of God entails helping widows and orphans. “We agreed as youths to help the old woman despite the fact that she was not one of us because helping the needy is beyond denomination,“ said Ochieng.

Wycliffe Onyango, another youth said as a Christian you have to help the needy without considering one’s denominational background. “When we heard of the old woman’s plight, we were very concerned and decided to do something for her as youths,” said Onyango. They mobilized youths and were able to raise KSh 40,000 which they used to support the widow by constructing her a house first.

The old woman could not hide her joy. She thanked the youths and encouraged other people to follow suit, saying that we are on earth to help each other. “I believe that God is the one who sent them to me. l was living in fear because the house could collapse anytime, but thanks be to God who sent his people to come to my rescue,” the widow said.

From Tuko, “SDA youth build house for elderly widow from another church who lost all her 6 children.”

Adventist and Community-run Food Bank Receives $20,000 Surprise Donation. According to a report in rdnewsNow, a very large and surprise donation was dropped off to the Lacombe Food Bank in Alberta, Canada earlier this month. Through a national initiative to give back to the 13 communities where the company has locations, Fraserway RV presented those who run the local food bank with a check for $20,000.

Mellie Snow, with the Seventh-day Adventist and community-run food bank, says the money will go a long way toward getting the agency and its clients through the holiday season. “It didn’t hit me until I was writing the receipt for it; I realized it was $20,000, not $200. It’s enormous,” says Snow. “Over the summer, people were generous with donations, but it’s kind of tapered off with everything settled in. We’re doing okay, but this will really help us.”

Snow notes that the food bank can always use stocking up of the regular items, namely non-perishables which include macaroni, beans, soup, rice and baking staples such as sugar, flour and salt. The food bank also runs a thrift store out of its upstairs, and frequently gives out warm clothing to those in need locally. They also regularly send shipments overseas to communities in Ghana and Uganda through a company in Edmonton.

“It’s probably one of the biggest checks they’ve seen in a while,” says Peter Schmucker, general manager at Fraserway RV in Lacombe. “They were in tears and were pretty stoked and excited about it.” He adds that it’s important for the company to give back to the community because of how well the community has supported them. The other twelve Fraserway RV locations received the same amount to give to local charities.

Zambia SDA Church Plans Medical School. According to a report in The Mast, the Seventh-day Adventist Church in Zambia has plans to open a medical school that will be training doctors. David Nkhoma, a Zambian based in the United States of America, has donated hospital equipment worth over K4 million to Mwami Adventist Hospital in Chipata. SDA Southern Zambia Executive Union President Harrington Akombwa said by running hospitals, schools, and other institutions, the SDA church was merely discharging its mission.

“The Seventh-day Adventist [Church] is following the footsteps of Jesus Christ who we are told in Mathew Chapter 9 verse 35 went to every town, to every city, doing three things: he was healing, he was teaching, and preaching,” he said. “Healing was number one; the Seventh-day Adventist Church is discharging its mission, taking the Gospel of Jesus everywhere. We’ve opened hospitals and clinics not because we have enough money to spare. We built hospitals not to compete with anyone. Sometimes, there is a spirit that comes up that we are doing these things as if we are challenging somebody; we are simply not. We are supplementing the effort of the government.”

Akombwa said Nkhoma’s donation was an encouragement to the Seventh-day Adventist Church and the government at large.

Attorneys say Simpson had undergone neck surgery two weeks before the October 2018 altercation and was back for a follow up. He was prescribed more medication by his doctor, and his attorney said he was trying to get to the pharmacy when the encounter happened.

The beating landed Simpson back in the hospital for four days. “After they choke him out and he’s rendered unconscious, he’s put into a wheelchair like a dog,” Balaban said. “At some point [he was] woken up by the medical staff with smelling salts, he awakes, he’s startled, so they take him down again.”

“It was a needless, awful tragedy that shouldn’t have happened,” Balaban said.

Balaban said when he saw the video, it reminded him of the George Floyd video.

“I couldn’t believe it,” he said. “This was almost two years prior, and there they are right on this guy’s neck, him struggling for air, saying he can’t breathe.”

The hospital initially pressed charges against Simpson for trespassing and battering a security guard, but a jury acquitted him of all the charges last July. A hospital representative said the institution could not comment on pending litigation. Allied did not immediately return a request for comment.