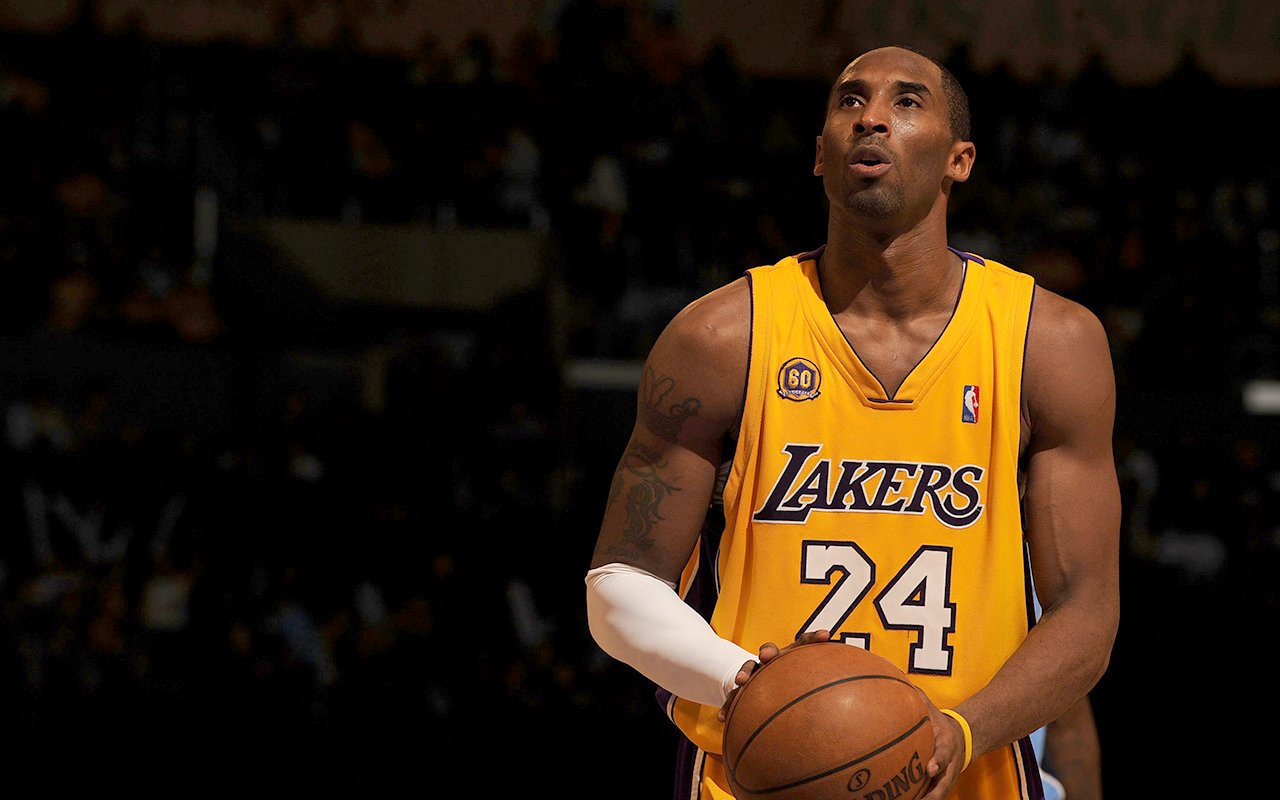 Time stood still on Sunday. The idea that this larger than life figure was snuffed by sudden death confused the country. People of all races, genders, economic status, and religion were in a paralysis of perplexion. The consistent statement across social media was, “tell me this isn’t true.” Everyone waited with bated breath for Kobe to call it all off, say it was a mistake, that it was his chopper but he wasn’t on it. Only to be disappointed that not only did Kobe die, but his daughter, her teammates, their families, and his pilot. Nine people in total, gone too soon.

In spite of the gravity and grief surrounding he and his daughter’s untimely death, one woman took the time to remember his most famous mistake. In fact, just two hours after the news of Bryant’s helicopter crash, Washington Post reporter Felicia Sonmez tweeted a link to the 2016 Daily Beast Article “Kobe Bryant’s Disturbing Rape Case: The DNA Evidence, the Accuser’s Story, and the Half Confession.” Sonmez received much backlash for the insensitivity of the timing of her tweet, and her lack of regard for the charges being dropped, the young woman’s refusal to testify, the case being settled out of court, along with him issuing a public apology.

Referring to his 2003 sexual assault case, Sonmez stated in an interview that she found it problematic to omit this critical part of Bryant’s life and legacy. She believes the “allegations should not be minimized in any way,” but that in bringing them up after Bryant’s passing we show survivors that “No matter how rich and powerful and beloved [an alleged perpetrator is], we will treat them with the seriousness they deserve.” 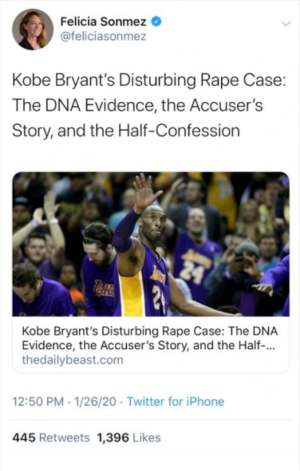 Finding “her tweets displayed poor judgment [and] undermined the work of her colleagues,” the Washington Post placed Sonmez on administrative leave while they investigated her conduct. They ultimately found that while her comments were poorly timed and insensitive, she was not in violation of their social media policy. Hence, Sonmez was reinstated on Tuesday, January 28th.

Many questioned why Sonmez would bring up dropped allegations hours after Kobe Bryant’s death. But the truth is, these allegations were an injury in the first quarter of Bryant’s life. And careful review of the game footage of his legacy shows not only growth and transformation, but the fact that with the right choices, on a consistent basis, you can eclipse your greatest mistake.

Kobe began the second quarter of his life with a recommitment ceremony to his wife Vanessa in 2005. They went on to have four girls named Natalia, Gianna, Bianka, and Capri.

Kobe’s success on the court was due to what he and others called the “Mamba Mentality.” The term is a riff on his nickname “The Black Mamba” or sometimes just “Mamba.” According to his autobiographical documentary Muse, Bryant created the alter ego “The Black Mamba” between 2003 and 2004 when he was at his lowest personally and professionally. This alter ego helped him to create his own philosophy. In an interview Bryant stated,

“Mamba Mentality is a way of life, it’s not an attitude per se. It’s a way to live. It’s not about living with a bravado. It’s the simplest form of just trying to get better at whatever you do everyday.”

It was this mindset that centered him allowing him to find himself, refocus, and begin to dominate again, both on and off the court.

After an illustrious career, Kobe Bryant soared to the top of legendary status as a shoe-in NBA hall of famer in 2019. He retired with a royal farewell in 2016, and began retired life focusing on his family, business growth, and even the arts.

What few knew about Kobe Bryant was that he was not just an athlete. He was also a creative. When he retired from the game, Kobe wrote a poem for the Player’s Tribune entitled “Dear Basketball.” He later turned this poem into an Animated Short Film for which he won an Academy Award as the executive producer in 2018.

In this vain Kobe Bryant founded Granity Studios a multimedia company. Kobe created the word “Granity” by combining the phrase “greater than infinity.” This streaming service produces an ESPN+ series entitled “Detail” that analyzes professional athlete’s performances. They also produce a number one ranked kids and family podcast entitled “The Punies” that teaches life lessons through sports and melodies. Kobe Bryant went on to oversee the publication of three sports fantasy children’s books, and his fourth The Wizenard Series: Season One by Wesley King will be available in bookstores on March 31st. He also established a storytelling company and opened two sports training facilities entitled “Mamba Sports Academy.” And as if that wasn’t enough, he taught himself to play Beethoven’s “Moonlight Sonata” by ear, and performed it with The Loring String Quartet. But of all his accomplishments, his greatest joy and achievement was coaching his second oldest daughter’s AAU basketball team called “The Mambas.”

In fact, Kobe was with the Mambas at the time of his death. He was with his daughter Gianna, also known as “Mambacita,” along with John, Keri, and Alyssa Altobelli, Sarah and Payton Chester, Christina Mauser, and pilot Ara Zobayan, when their helicopter crashed Sunday, January 26, 2020. The group was traveling to Thousand Oaks, California for a basketball game that Gianna, Alyssa, and Payton were to play in and Kobe was to coach.

Much has been speculated about what happened to cause this untimely death. Many people want definitive answers to understand why them, and others want details to figure out how to keep it from happening to others. But what we do know, is that Kobe Bryant was a man of many talents, multiple honors, awards, and achievements, but above all he was a family man who adored being a #GirlDad. Kobe’s winning shot didn’t take place during his farewell game in the Staples Center. Kobe’s winning shot was in the final moments of his life as coach of his daughter’s basketball team and father to his precious love, Gianna.

Kobe teaches us that mistakes are like turnovers, it’s how you recover that counts.

If there’s anything we can learn from this man and the complexity of his life, it is that mistakes do not have to define you. They do not have to be what stands out about you. Instead, you can make a comeback in life. You can focus your attention on what matters so that your mistake is one small turnover in a game that no one even remembers.

He may have died as the highest-paid team-sports player in history, worth an estimated $770 million, an NBA Champion, MVP, Olympian, Academy Award winner, author, self-taught pianist, and soon posthumous NBA Hall-of-famer. But Kobe Bryant will go down in history as the most famous dad to love his daughter out loud. Kobe, we salute you. Thank you for your example.

This article was written by Claudia Allen for Message Magazine. It is republished here with permission from messagemagazine.com.