Despite Major Disasters Into the New Year, ADRA Continues to Respond SILVER SPRING, MD (January 13, 2020) – As the world welcomed the New Year of 2020, natural disasters continue to plague several countries, which have already affected countless lives. With little time to spare, the Adventist Development and Relief Agency (ADRA) has continued operating around the clock to respond to these climate crises. Here are the latest situation updates from ADRA’s offices.

Since December 30, 2019, bush fires in the state of New South Wales have claimed many lives, thousands of homes were destroyed, and animals running from the heat have been left dehydrated, burned or killed. Local authorities and volunteers have pitched in from near and far to help.

ADRA has been mobilized in East Gippsland in Victoria region to provide emergency response.

“People should stop donating clothes and food, what’s needed now is money,” says Merilyn Beverdige, ADRA’s emergency responder. “It’s a matter of getting out to people what the need is, and sometimes we’re encouraging people to send the money here via locally, so that we’re supporting the local business.”

Massive reconstruction has begun and will cost billions for people’s lives to recover, according to local officials. Recently, Australia’s government set aside AU$2 billion to rebuild lives and communities devastated by the fires.

Over the past few days, ADRA in Victoria has supported more than 50 families with useful items to help them through the crisis.

For more information about ADRA’s response in Australia and/or to donate, visit https://www.facebook.com/ADRAinVictoria/. 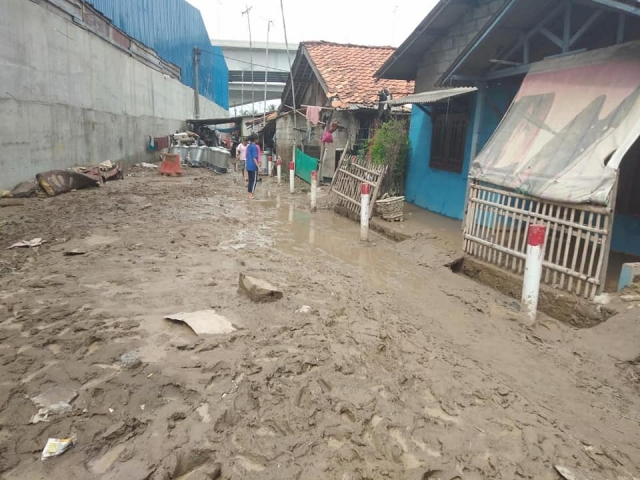 Heavy rains devastated many parts of Indonesia in December 2019 making roads nearly impassable for people to get through. (Photo credit: ADRA / Facebook)

According to reports, 53 people lost their lives and unknown numbers of people have been missing.
Rising waters caused airports and primary modes of transportation to shut down. Landslides were also reported in the areas of Bogor, West Java province and Tangerang and Lebak in Banten province.

The power company in Indonesia was forced to turn off its power supply due to confirmed reports of electrocutions in areas submerged in water.

ADRA’s emergency response team in Indonesia conducted rapid needs assessments and provided meals to 300 families affected in Bekasi city. In Bekasi alone, more than 10,000 people have been displaced due to severe flooding.

“Initial assessment identifies ready to eat food, emergency shelter repair kits, beddings, and medicines as necessities to be distributed to displaced families,” says Ralfie Maringka, ADRA’s marketing officer and emergency responder in Indonesia. “There are thousands of people affected and we need to find the best ways that we can to extend immediate response to those displaced,” he says.

Further information about ADRA’s response in Indonesia can be found at https://www.facebook.com/ADRA.Indonesia.Foundation. 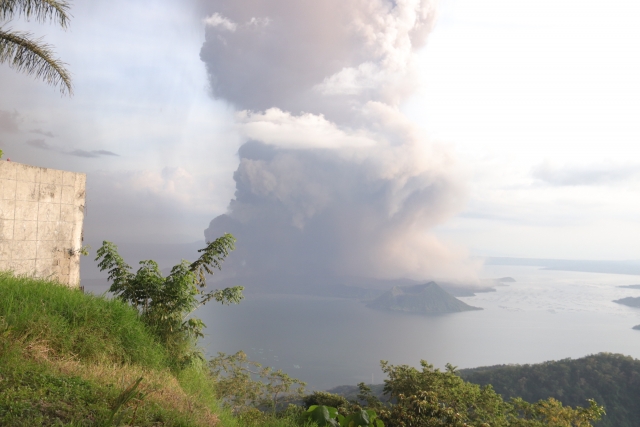 The Taal volcano situated on an island called Talisay, erupted on Sunday, January 12 around 2:30 p.m. spewing sulfuric ash miles away and causing electrical outages and slippery roads. Government officials have warned the public to take extreme precautions and have evacuated some communities closest to the volcano as the alert level for the volcanic activity increased to Level 4.

Since October last year, ADRA has been providing emergency responses in the Mindanao region that was affected by multiple aftershocks. Additionally, ADRA has been responding to fires in the Boracay region, flooding in Cagayan, and a typhoon in the southern Luzon and northern Visayas area. To add to the list of responses, ADRA has been on high alert anticipating the volcanic activity.

“We were out of electricity, but it’s restored. Some areas are still facing power outages. Throughout the night, we felt tremors, heard the ash falling on the roof and we could smell the sulfur,” says Aimee Grace Tapeceria, public relations and marketing officer for ADRA in the Philippines. “ADRA is working with the Cavity Mission, South-Central Luzon Conference, and local authorities to assess the humanitarian situation caused by Taal volcano’s eruption in the Cavite, Batangas, and Laguna area.”

More than 60 evacuation centers have been identified and assessments for unmet needs for evacuees are underway added Tapeceria.

For updates on ADRA’s response in the Philippines and/or to donate, visit https://www.facebook.com/ADRAPhilippines/. A house in Puerto Rico is destroyed by a recent earthquake, which struck the island, leaving broken roadways and debris. (Photo credit: ADRA / Facebook)

A 6.4 magnitude earthquake recently terrified residents of Puerto Rico, who were already recovering from Hurricane Maria’s devastating storm to the island two years ago. Many homes that were reportedly rebuilt had been destroyed, and since December 28 there continues to be aftershocks. For fear of their lives, many people preferred sleeping in their cars or remain outside their homes.

ADRA and the Adventist Church in Puerto Rico have been working together to assess needed items for families most affected.

“As individuals and as an organization, we are calling for everyone to serve and this is the moment to do it. We can’t all be here in this place for various reasons, but we can support with much or little as we can. ADRA counts on you to help,” according to one of ADRA in Puerto Rico’s Facebook posts in Spanish.

After initial assessments, ADRA in partnership with the Latter-day Saints Charities and Airlink will be providing 200 tents, and so far, 32 tents have been distributed. Ongoing aid is being provided in Guayanilla, Yauco, and Penuelas.

To learn more about ADRA’s response in Puerto Rico and/or to donate, visit https://www.facebook.com/adrapuertorico/.

This press release was provided by ADRA for distribution and originally appeared on the ADRA website.