The Art of Mingling and Attending to Details 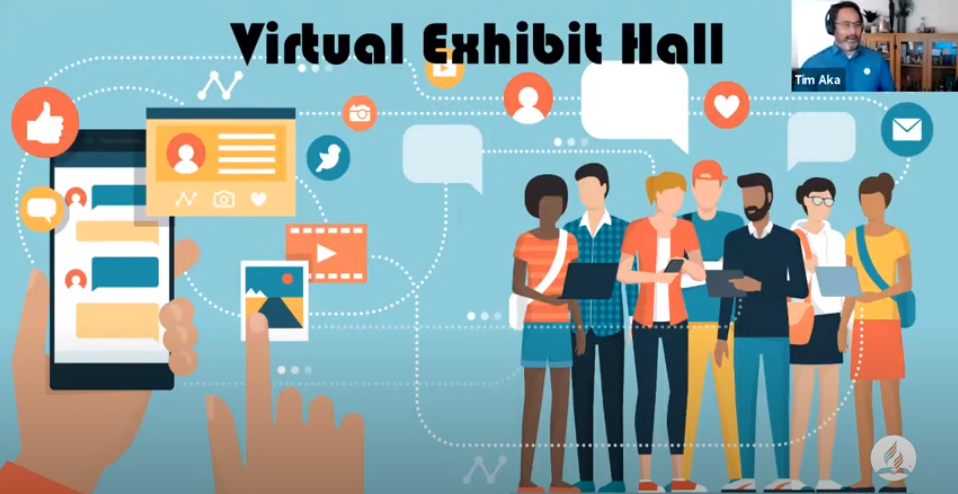 Corporation meetings filled the October 13 agenda of the General Conference Executive Committee, because its members serve as the constituency for several corporations: the International Religious Liberty Association, Hope Channel, and the Adventist Development and Relief Association.

First up was the International Religious Liberty Association that the Department of Public Affairs and Religious Liberty (PARL) operates. Ganoune Diop, the secretary of the association, gave the report detailing the history of the organization that was founded in 1946. But Diop said its roots go back even further to 1888 when two pieces of proposed legislation made it clear to the early Adventists that they needed to speak out against the federal government’s support for religion. Senator Hensley Blair was proposing that Sunday be officially designated as a day of rest for the nation. Another bill proposed a constitutional amendment to require public schools to teach the principles of Christianity. To oppose the legislation, Ellen G. White encouraged every effort be made to secure the good will of men in good positions. And to seek ways to stand with those who agree with us about the liberty of conscience. Everyone has a right to freedom of thought, and religion. That is the work of IRLS — defending this fundamental freedom that is listed as a human right in article 18 of the International List of Human Rights. After Diop’s IRLA report was accepted by acclamation, he and his associates, Bettina Krause and Nelu Burcea, gave a second report on how their work meeting with governmental leaders in Washington, New York, and Geneva fits with the GC’s Strategic Plan “I Will Go.” The art of mingling is important in these diplomatic relations, they said. Discernment is ever needed on when to mingle and when not to. But it is impossible to be a witness for Christ without mingling.

In his report on the Hope Channel, Director Derek Morris described the channel’s quick response to the conditions created by the COVID shutdown. They created a new program in a 24-hour period called Hope at Home that has drawn a good audience. Music was another area that suddenly took on importance, and they created a new department just for that. Morris reported that the organization has 59 global networks, is seen in 200 countries, recorded 26 million minutes watched on livestream, and has 3.4 million pageviews.

Mid-morning, Rowena J. Moore-Adams was honored for her 50 years of service to the church, primarily at the General Conference where for the last 18 years she has been editor of the SDA Yearbook and assistant director of the Office of Archives, Statistics, and Research. During her long career, she also served as a secretary in the South American Division where she was involved in a car accident that cut short her missionary career. After returning to the United States and recovering from her accident, she went to work in the GC Office of the Secretariat. When the Euro-Asia Division was created, she helped to establish its headquarters office and worked there with Ted N. C. Wilson.

On July 31, 2020, she officially retired. Two days later she married Leroy Adams and the couple moved to Florida. In a special video tribute, a series of her former bosses spoke to her work ethic and efficiency. David Trim, the director of Archives, Statistics, and Research praised her work as the Yearbook Editor, saying she served as the information gatekeeper for the church making sure submitted information was corrected, authoritative, and complied according to church policy. During his tribute to her, Wilson invited committee members to wave on Zoom. Also on a Zoom connection from her home, Rowena smiled and thanked the well-wishers.

During the section of the meeting on the Adventist Development and Relief Agency (ADRA),

newly reappointed president Michael Kruger introduced a video about the advocacy initiative that was launched last year called “Every child, everywhere in school.” Over a million signatures were gathered, according to campaign manager Nicole Watson. Then COVID hit and even more children were thrown out of school, making the challenge even bigger. The signatures are just a first step. Next steps are to localize the campaign, define a clear ask for governments to finance and increase aid for education, and then communicate with national leaders. The diplomacy skills that the Public Affairs and Religious Liberty personnel talked about, are necessary here, too. Kruger told the church leaders that they are stronger together. He encouraged them to know their reality, love your neighbor, grow locally, while thinking globally. He said ADRA currently has 422 projects, in 96 countries, and has supported 22 million people; 70% of their projects are in partnership with Adventist organizations.

An electronic exhibit hall for the General Conference Session in 2021 was the final item of the day. Tim Aka was introduced and he presented the vision his team has of creating more than just a place for church entities to register their presence and distribute information. He is envisioning webinars, musical concerts, workshops, and training sessions. Online presence will mean a bigger audience and will be more than a local event. He envisions an audience of 200,000 or more. The focus of the site will be on the theme for the GC of “I Will Go.” There will be three separate prime time zones for presentations: Asia, Americas, and Africa. There will be an app that will allow visitors to put together their own schedule of events. Booth space will be limited to 300 exhibitors.

Elder Wilson invited people to contact Tim via email (akat@gc.adventist.org), since they took no questions following the presentation. Wilson concluded that it was going to be a spectacular opportunity.

After expressing birthday greetings to David Trim, director of Archives, Statistics, and Research, Wilson brought the meeting to a close for the day.