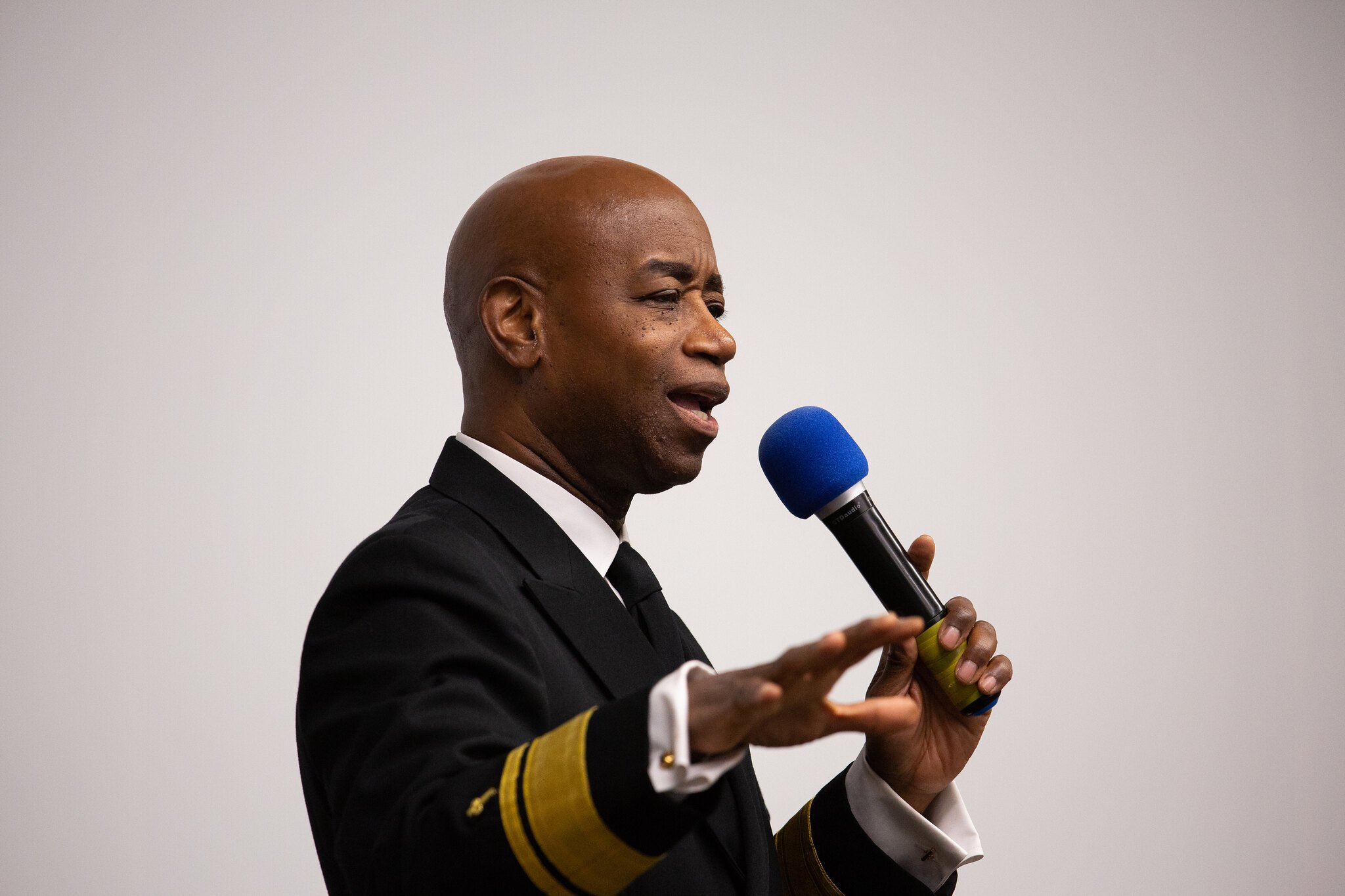 In this week’s Adventist news round-up, Senate Chaplain Barry Black was featured in multiple news stories during the impeachment, a Florida woman wins a suit to hold Bible studies in her condominium complex, a Wisconsin man loses suit against employer for religious discrimination, while a woman in North Carolina wins hers, and a lawyer and client in Zimbabwe ask that their trial date not be held on Sabbath.

Adventist Senate Chaplain Barry Black Featured in Multiple News Stories During Impeachment. Only one voice at the impeachment trial of President Donald Trump speaks to senators-turned-jurors about the values behind their actions — and keeps his focus on God. Senate Chaplain Barry Black, 71, regularly opens the chamber’s proceedings with prayer and has done the same during the impeachment trial, giving a broader audience to the velvet-voiced Seventh-day Adventist and retired Navy rear admiral. Since the trial began, Black’s prayers have at times sought to guide senators through the political turbulence of the moment.

“In spite of disagreements, may they strive for civility and respect,” Black said of senators on the final day of Democratic arguments against Trump. “May they respect the right of the opposing side to differ regarding convictions and conclusions. Give them the wisdom to distinguish between facts and opinions without lambasting the messengers.” A day earlier, Black opened the trial with a prayer that seemed to acknowledge rising tension on Capitol Hill, asking that “our senators not permit fatigue or cynicism to jeopardize friendships that have existed for years.”

Black, a Baltimore native who often sports a signature bow tie, became the Senate’s chaplain in 2003 after nearly three decades of military service that saw him become the chief of the Navy’s chaplains. He told C-SPAN in 2009 that he has seen lawmakers struggle to combat cynicism, which he described as a sin. During “times when the legislative process is laborious and predictable… and it appears that the parties go into polarized lockstep, where there’s almost an attitude, ‘don’t confuse me with the facts,’ that can many times engender a spirit of cynicism,” Black said. Within the Senate, Black has maintained the nonsectarian mission by reminding the chamber of higher ideals amid the storm of impeachment.

“Lord, grant that this impeachment trial will make our nation stronger, wiser and better,” Black said before Tuesday’s session began. From The Associated Press, “Senate chaplain's velvet voice cuts through impeachment fray” and from Christianity Today, “Split Down the Aisle by Impeachment, Senate Still United in Prayer.”

Adventist Wins Suit to Hold Bible Studies at Complex Common Room. Donna Dunbar, a Seventh-day Adventist lay minister who runs a nationally recognized soup kitchen with her husband, “may continue to use the social room on a weekly basis to hold a Bible study without being subject to special rules or restrictions,” said First Liberty Institute in a statement, calling the settlement “excellent news.” The Florida woman, who filed a federal complaint after her homeowners association barred her from continuing to host a Bible study in the social room of her own condominium complex, has reached a settlement allowing her to carry on with the religious activity, a legal group that represented the Christian woman said. The agreement states that “her victory is more proof that we are taking part in a historic turning point when people of faith are reclaiming religious freedom at an unprecedented rate,” the group said.

Dunbar, a retired senior citizen, started a small women’s Bible study last year in the common room of the Cambridge House complex in Port Charlotte, Florida, for two hours on Monday mornings. Less than 10 friends, some of whom are not Cambridge residents, attended the study. But now, “Donna will be able to freely live out her faith and use the social room just like all the other residents,” the group said. From The Christian Post, “Woman wins battle to hold Bible study at condo complex after Christian worship ban.”

SDA Worker Loses Sabbath Discrimination Case Against Wisconsin Walmart. Edward Hedican, a Seventh-day Adventist, lost his case to grant not working on Sabbath. The trial court granted the Wisconsin Walmart's motion for summary judgment, deciding that Walmart had shown that providing the accommodation Hedican requested would be an undue hardship. The court said Title VII of the Civil Rights Act of 1964, which protects workers against religious discrimination, does not require employers to accommodate an employee's religious practices in a way that spares the employee any cost. It also concluded the federal law does not require employers to accommodate the religious practices of an employee in exactly the same way the employee would like to be accommodated. It held, too, that "an offer to help an employee find another job that does not require Sabbath work is a reasonable accommodation, even if the position pays less or is less desirable."

In a statement provided to HR Dive, Walmart said, "We do not tolerate discrimination, and we have a long-standing practice of accommodating our associates' religious beliefs and practices. We maintained all along that we had offered Mr. Hedican a reasonable accommodation, and we appreciate the court affirming that. We are pleased with the ruling." From HR Dive, “Walmart manager's Sabbath request posed undue hardship, court finds.”

Sabbath Exemption Upheld for Adventist Fruit Packer in North Carolina. Cottle Strawberry Nursery, Inc., a corporation based in Faison, N.C., that has grown, packed, shipped, imported, and distributed fruits and vegetables for over 50 years, will pay $12,500 and provide other relief to settle a religious discrimination lawsuit filed by the U.S. Equal Employment Opportunity Commission (EEOC), the federal agency announced. The EEOC had charged that Cottle Strawberry violated federal law when it refused to accommodate SDA Helen Perez’s religious belief and fired her because of her religion. According to the EEOC's lawsuit, from approximately 2016 until 2018, Perez worked each year as a seasonal worker for Cottle Strawberry at the company's Faison facility. The EEOC alleged that previously, Cottle Strawberry did not require Perez to work Saturdays but allegedly informed employees in 2018 that all workers were required to work seven days a week. Accord­ing to the complaint, Perez notified Cottle Strawberry management that she could not work Saturdays for religious reasons. The complaint further alleged the company fired Perez in response. Such alleged conduct violates Title VII of the Civil Rights Act of 1964, which requires employers to make reasonable accommodations for employees' sincerely-held religious beliefs absent undue hardship.

In addition to providing monetary relief for Perez, the two-year consent decree settling the lawsuit requires Cottle Strawberry to develop a policy on religious accommodations and to provide periodic reports to the EEOC. Under the decree, Cottle Strawberry will conduct annual training for all employees on the requirements of Title VII, its prohibition against religious discrimination in the workplace, and on the company's religious accommodation policy. The decree also requires Cottle Strawberry to post a notice concerning the lawsuit and employee rights under federal anti-discrimination laws.

"No employee should be forced to choose between her faith and her job," said Kara G. Haden, acting regional attorney for the EEOC's Charlotte District Office. "This case demon­strates once again the EEOC's commit­ment to fighting religious discrimination in the work­place." From JD Supra, “Cottle Strawberry to Pay $12,500 to Settle EEOC Religious Discrimination Lawsuit.”

SDA Lawyer and Client Request No Sabbath Trial in Zimbabwe. Former Zimbabwe Vice President Phelekezela Mphoko’s lawyer Zibusiso Ncube debated with trial magistrate Hosea Mujaya over whether Mphoko’s trial should take place on the “Sabbath” day. Mphoko is being charged with criminal abuse of office after allegedly ordering the release of two suspects from custody in 2016. Mujaya insisted on having the matter heard on Saturday, but Ncube and Mphoko objected, saying their religious conviction as Seventh-day Adventists did not permit them to work on a Saturday. “We cannot compromise on the issue of the Sabbath. “Our conditions are that we do not work on Sabbath, and on this one we believe in a higher authority, God,” Ncube said.

Mujaya queried how the Sabbath would jeopardize the administration of justice, adding that the matter had been postponed for over five times and no progress was being made. The matter was eventually moved to February 13 with conditions that trial will effectively commence without fail. From ZimEye, “Seventh Day Adventist Mphoko Outrightly Refuses To Be Tried On Saturday.”