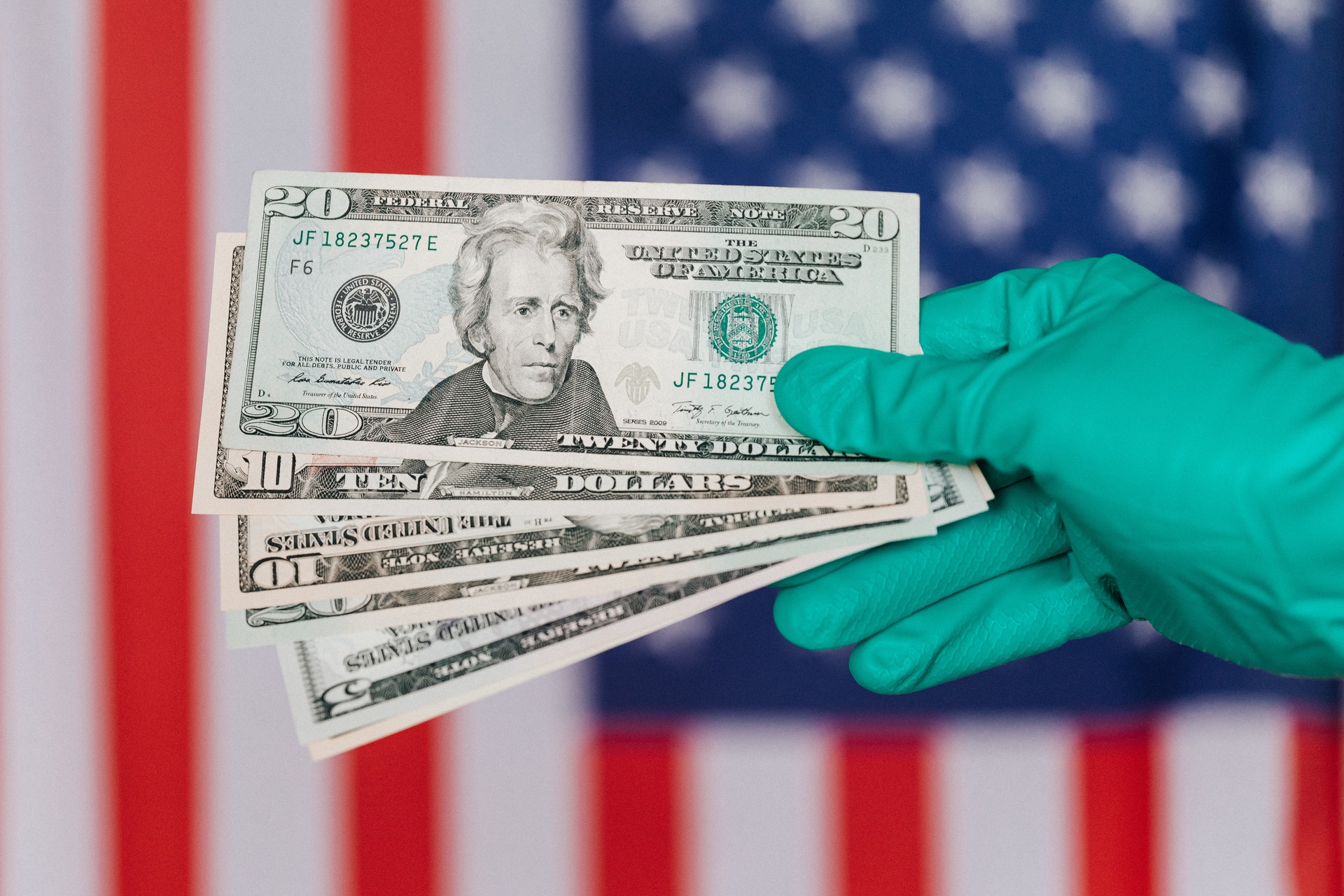 General Conference and North American Division entities, along with dozens of Adventist academies, conferences, and independent ministries, received millions of federal dollars from the CARES ACT Paycheck Protection Program (PPP) designed to keep workers employed during the COVID-19 pandemic. The Adventist organizations obtained the funds despite a strong NAD recommendation that church organizations abstain from participation in the program due to religious liberty concerns.

The Adventist entities listed in the government database are among thousands of religious organizations to receive the forgivable loans through the $659 billion stimulus program, the first of its kind to cover the salaries of church workers, according to a recent article in Christianity Today. The database categorizes the dollars received according to range of funding and not specific amounts, with tiers of $150,000 to $350,000, $350,000 to $1 million, $1 million to $2 million, $2 million to $5 million, and $5 million to $10 million.

Any small business with 500 or fewer employees may be eligible for a PPP loan, including faith-based organizations, according to government officials. The program, administered by the Small Business Administration (SBA), forgives the loans based on certain criteria such as employee retention.

This program “provides small businesses with funds to pay up to 8 weeks of payroll costs including benefits,” according to information on the U.S. Department of Treasury website. “Funds can also be used to pay interest on mortgages, rent, and utilities.”

Spectrum analyzed the allocations via a searchable chart designed specifically to track Adventist organizations receiving the funding. It contains information for entities owned by the denomination as well as independent ministries.

The chart, included at the end of this article, was created by downloading data from the government website — which identifies organizations that received $150,000 or more — and cross-referencing it with data from Adventist datasets available through the AdventistYearbook and eAdventist. Entities receiving less than $150,000 were not identified by the SBA due to privacy concerns, according to U.S. Treasury Secretary Steven Mnuchin. Five news organizations, including The New York Times and The Washington Post, are suing the SBA for access to government records regarding who received funding and the exact amounts.

Due to the complications of searching some church entities because of name variations, etc. — in addition to the government not identifying organizations receiving smaller loans — the chart is not comprehensive. However, it does provide a sense of the widespread acceptance of federal dollars among Adventist organizations, despite the NAD’s recommendation and the denomination’s long-standing preoccupation with the separation of church and state.

The chart remains a work in progress and can be updated to include specific independent ministries that may not have been part of the cross-referencing.

Currently, the denominational chart lists 55 Adventist entities. Combined, those organizations have retained 7,499 jobs because of the funding, according to the data collected from the SBA website.

In total, the organizations and independent ministries listed in the denominational chart received between $54 million to $121 million.

While the GC remained silent regarding whether SDA entities should accept the funding, the NAD issued an April 8 statement admonishing churches, schools, and administrative offices to refrain from tapping into the funds, making an exception for money covering childcare and extended sick leave.

“Many church leaders and members have concerns regarding both restrictions and conditions surrounding the acceptance of this government aid,” the statement reads. “In addition, there have been questions regarding how receiving this money fits into the Seventh-day Adventist Church’s longstanding and historic commitment to the separation of church and state.

“It is the North American Division administration’s recommendation to abstain from participation in both of these federal financial assistance programs,” the statement continues, referring to federal funds available through both the Coronavirus Aid, Relief and Economic Security Act (CARES) and the Families First Coronavirus Response Act (FFCRA). “While the risk associated with this money is uncertain, NAD leadership’s primary concern is remaining faithful to the counsel we’ve been given regarding church-state relations.”

When contacted with questions about at least two NAD entities accepting the funds, NAD Communication Director Dan Weber referred Spectrum back to the division’s statement.

“So, what we’ve decided to do is we’re not going to comment,” he said in a phone interview. “We will refer you back to our statement.… It was a guideline from the division saying, ‘This is what we ask you to consider; this is how we feel about it. But we ask that you prayerfully consider it before you decide to apply for the money or not.’”

He said Pacific Press and the Adventist Media Center are both entities of the NAD, but they have boards to which they report, and it would have taken a voted action to apply for the money.

In a separate interview, Karnik Doukmetzian, who serves as general counsel for both the GC and NAD, said the NAD statement speaks for itself, therefore he saw no need to comment further on that issue. He said the clinic in Guam is an operation that was entitled to funds and has continued to serve the people of that island by receiving the money.

“So, I don’t have any answer for them; they made that application themselves,” he said. “It just happens to have the General Conference name on it.”

Another recipient of the funds, listed as “General Conference of Seventh-day,” located in Mount Dora, FL, also received $1 million to $2 million. However, unlike the clinic in Guam, it is not a GC entity, Doukmetzian said. Instead, it is a listing for the Southeastern Conference.

Regarding the PPP funds, Doukmetzian explained why the GC refrained from releasing a statement.

“Well, the PPP is an American thing,” he explained. “The GC let North America take the lead on it. They issued the statement with which the GC concurred.”

Alan J. Reinach is executive director of the Church State Council, an Adventist religious liberty educational and advocacy arm of the Pacific Union Conference, representing five western states. He said there is a lot of confusion surrounding the Adventist position regarding government funding.

“On the one hand, historically our church has been strongly supportive of the separation of church and state,” Reinach said. “And, those of us in Religious Liberty have strongly advocated for the historic no-aid to religion principle, which really goes back to colonial times and the founding of the Constitution.

“Having said that,” he continued, “NAD working policy, for as long as I’ve been here and longer — and I’ve been here since the early ’90s — has never adopted an absolutist position on no-aid to religion. And so, when several of us in Religious Liberty were analyzing the Payment Protection Plan, we came to the conclusion that accepting the funds would be consistent with NAD Working Policy.”

Reinach said the NAD recommendation reflects the historic view of remaining independent of government funding, and he does not have a problem with that stance.

“At the same time, the organization — faced with the prospect of potential layoffs and economic harm — had a real-world decision to make about a risk-reward assessment,” he said.

The PPP loans had no strings directly attached, Reinach explained. Though that could change in the future, the NAD and other Adventist organizations grappled with the possibility of laying off hourly-wage workers who would be the first to go due to COVID-19 restrictions.

“I’m a plaintiff’s employment lawyer; I represent workers,” he said. “... So, my heart is with our rank-and-file employees who are the ones who were going to suffer for the principled decision of Administration not to take money.

“I can see plenty of reason on both sides of the thing — either to refrain from taking the money or applying for the money,” he said. “I think there are good rationales on both sides, frankly. And I don’t think there should be any aspersions on organizations that did take the money; or, for that matter, any criticism of those who decided, ‘No. We’re going to tough it out.’”

Use the arrows at the top and bottom right to view additional pages in the chart. Use the scroll bars along the side and bottom to view additional rows and columns of data. The chart is organized first according to the tiered loan ranges, and then by entity name in alphabetical order within their respective tier ranges. It can also be viewed in its own browser window here.

Alva James-Johnson is an award-winning journalist who has worked for several newspapers across the country. She is a life-long Seventh-day Adventist, active in the church, along with her husband and two young-adult children. Contact her at amjcommunications@gmail.com.

Photo by Karolina Grabowska from Pexels