Pastor Richard O’Ffill, who was instrumental in the founding of the Adventist Development and Relief Agency (ADRA), lost his long battle with Parkinson’s Disease on July 29 in Orlando, Florida. He was 79. Pastor O’Ffill was the first director of the Seventh-day Adventist World Services (SAWS), which was renamed ADRA in 1984. He also spent many years working as a missionary for the General Conference of the Seventh-day Adventist Church.

“Our ADRA family around the world is saddened by the passing of Pastor Richard O’Ffill. He was a remarkable visionary leader and a driving force behind the creation of the Adventist church’s humanitarian work. His passion for service led him to create many initiatives that helped mold ADRA into the global humanitarian agency it is today,” says ADRA’s President Michael Kruger. “We are grateful for Pastor O’Ffill’s many contributions to our church and ADRA, and honor his legacy by inspiring our teams around the world to continue to serve with justice, compassion and love. We lift in prayer his wife, children, and family, and express our heartfelt condolences.”

Pastor O’Ffill dedicated his life to service. He pastored six churches in Ohio and was ordained in 1966 before being called to be a Bible teacher and minister in Pakistan. He returned to the U.S. in 1970 to be the chaplain and Bible teacher of the Auburn Adventist Academy and pastor of the Auburn SDA Church near Seattle, Washington. 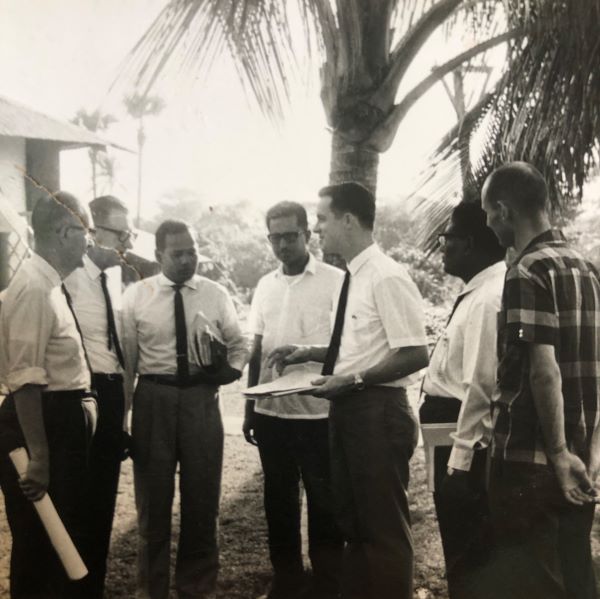 Pastor Richard W. O’Ffill engages with field missionaries in Pakistan in the 1960s.

His unrelenting dedication to serving the less fortunate led him to Chile in 1972, where he became the first director of SAWS in the region. Elder O’Ffill oversaw relief efforts with OFASA (Obra Filantrópica y de Asistencia Social Adventista), the Adventist Social Assistance Philanthropic Work agency in Latin America.

After returning to the U.S. from Chile, Pastor O’Ffill took a leading role in the development of the first US grant provided to the Adventist church for development projects. He created a plan against malnutrition with the assistance of the United States Agency for International Development (USAID) to help some 300,000 children in Chile. 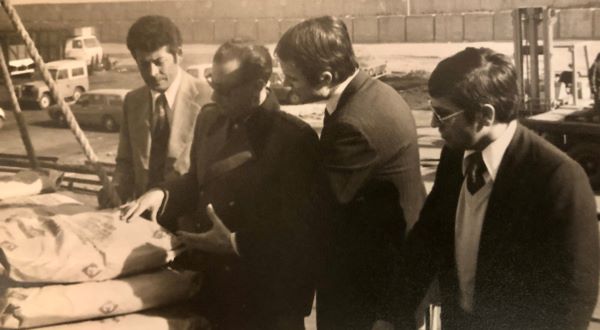 “Richard had an amazing intellect for development and relief operations. He had the vision to expand the work of the church into the field of development. He also understood the need to create a non-profit organization like ADRA, so our faith could be put into action for us to be the hands and feet of Jesus around the world,” says Mario Ochoa, who worked with O’Ffill in Chile and the U.S.

Pastor O’Ffill concluded his tenure with ADRA in 1984. During his leadership SAWS and ADRA’s field operations grew from five to 50 countries in five years.

“I will always remember Pastor O’Ffill. He was a powerful speaker, who was also fluent in Spanish. He used to do the Mission Spotlight at my church, the Washington Spanish SDA, in Maryland. Even before I met him and started working for ADRA in the early 80s, I was impressed by his compassion and love for the mission field. He inspired me as a young man to do in-gathering for SAWS,” says Rudy Monsalve, associate director for planned giving at ADRA.

In 1984, Pastor O’Ffill was called to lead Lay Activities, Adventist Community Services, and Prison Ministries for the Florida Conference of the Seventh-day Adventist Church. He created the first men’s ministries and authored 10 books about the power of prayer and the family and Christian life. Pastor O’Ffill’s spiritual messages also reached television and radio audiences through the Three Angels Broadcasting Network (3ABN) in the mid-2000s. He was a frequent guest on “Crosstalk”, a weekly interview program produced by Layman Ministries.

“My father valued spiritual revival in his church and its members. Even after retirement he never stopped reaching people and drawing them closer to Jesus. He was a revivalist, always found a way to impact people through his sermons at camp meetings, devotionals, books, and weeks of prayer series,” says Richard O’Ffill Jr., director for information technology at ADRA. “When he saw he could reach far more audiences, I helped him build his first website and social media ministry. It created a special bond between us as we became partners in ministry. It amazes me how many people were touched by his life.” Pastor Richard W. O’Ffill with his children and their spouses celebrating his wife’s 80th birthday in Lakeland, Florida in September 2019.

Pastor Richard O’Ffill is survived by his wife Betty; daughters Cindy and Kathy; sons Richard Jr. and Dan; their spouses; eight grandchildren and other family members.

The O’Ffill family will pay tribute to Elder O’Ffill’s life in a private service later this year. Condolences and remembrances are welcome at the following page: https://www.facebook.com/richard.offill.1.

In lieu of flowers, the family has requested memorial gift donations to be sent to ADRA at ADRA.org/donate.

About ADRA
The Adventist Development and Relief Agency is the international humanitarian arm of the Seventh-day Adventist Church serving in 118 countries. Its work empowers communities and changes lives around the globe by providing sustainable community development and disaster relief. ADRA’s purpose is to serve humanity so all may live as God intended. For more information, visit ADRA.org.

This article originally appeared on the ADRA website.
Photos courtesy of the O’Ffill family.