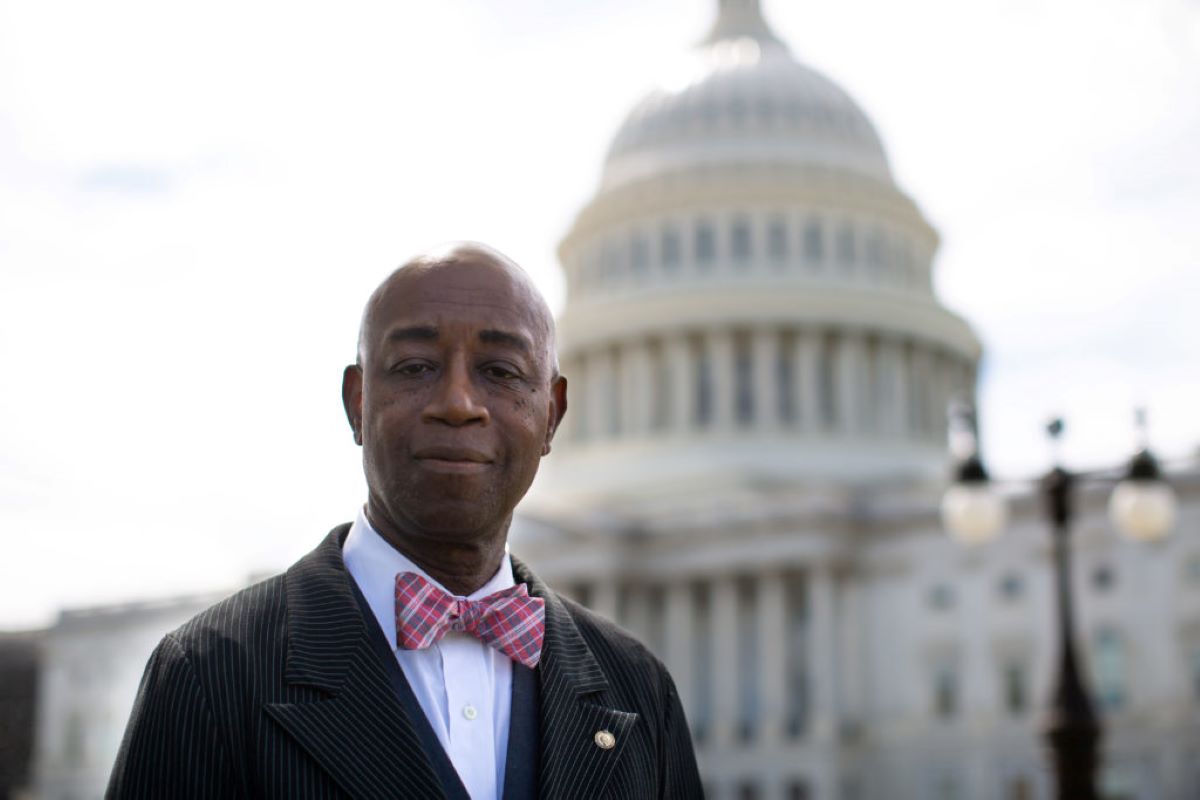 Barry C. Black, 62nd Chaplain of the U.S. Senate, has been named Becket’s 2019 Canterbury Medalist for his honorable defense of religious liberty for people of all faiths.

The Canterbury Medal, Becket’s highest honor, recognizes an individual who has demonstrated courage and commitment to defending religious liberty in America and around the world. In carrying out a tradition that goes back to the first Continental Congress in 1774, Chaplain Black honors his position just as the founding fathers asked—with courage and faith in democracy. Becket honored Black with the 2019 Canterbury Medal at its annual Gala in New York on Thursday, May 23. [Watch a video of Black presented at the gala.]

Chaplain Barry C. Black, Ph.D., has served as Senate chaplain since 2003. First-ever Seventh-day Adventist and African-American Senate Chaplain, he is the spiritual advisor for not only 100 of the most powerful lawmakers in the nation, but also their staff and families—a combined constituency of more than 7,000 people. Each morning as he opens the Senate with a prayer, Black sets the discourse for the day in one of the highest chambers in the nation, in turn setting the spiritual tone of the country.

In her tribute to Black, evangelist Alveda King noted, “There are those who would separate the soul of an individual from the actions they take. The chaplaincy, and Chaplain Black can be a bastion against this excessive separation. May Chaplain Black follow in the footsteps of Christ, while seeking human rights and civil rights as leaders like my uncle, Rev. Dr. Martin Luther King, Jr., did. May God bless Chaplain Black as he seeks the fostering of a well-developed conscience in the Senate.”

Prior to serving on Capitol Hill, Rear Admiral Barry C. Black (Ret.) served in the U.S. Navy for more than 27 years, ending his distinguished career as the Chief of Navy Chaplains. Affectionately known for sporting his signature bowtie on the Senate floor, Black is a sought-after spiritual guide and unfailing source of encouraging words on faith and unity. His books on those themes include The Blessing of Adversity, Nothing to Fear, Make Your Voice Heard in Heaven, and his autobiography of overcoming personal adversity, From the Hood to the Hill.

“Few spiritual leaders are as gifted as Chaplain Black in providing caring, courageous ministry in a pluralistic religious environment,” said Mark Rienzi, president of Becket. “For almost two decades, our nation has benefited from his chaplaincy and this year we humbly thank him for his work to safeguard religious liberty.”

The Canterbury Medal draws its name from one of history’s most dramatic religious liberty stand-offs, which occurred between Archbishop of Canterbury Thomas à Becket, the law firm’s namesake, and King Henry II of England. The annual Canterbury Gala honors the award recipient in a black-tie event at the Pierre Hotel in New York and is attended by the world’s most distinguished religious leaders and religious liberty advocates.

For more information or to arrange an interview with a Becket attorney, contact Ryan Colby at [email protected] or 202-349-7219. Interviews can be arranged in English, Chinese, French, German, Portuguese, Russian, and Spanish.

This article was written by Becket Media Relations, and originally appeared on the NAD website.