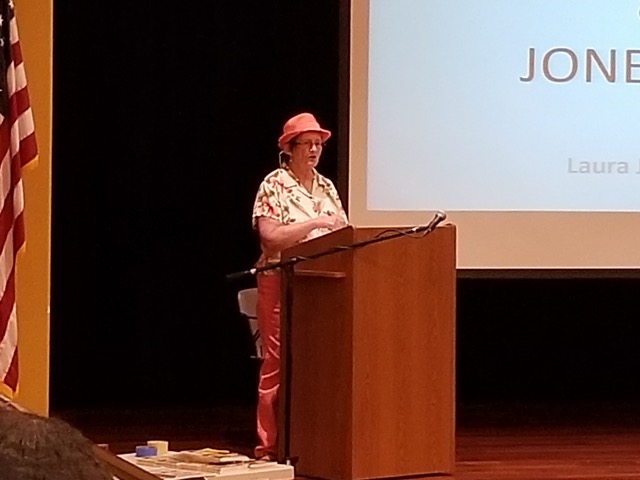 Editor’s Note: Forty-one years ago, 913 followers of cult leader Jim Jones committed mass suicide at his direction. A fluke saved Laura Johnston Kohl from what was the largest single loss of American civilian life until 9-11.

On September 14, 2019, Laura shared her story with the San Diego Adventist Forum. Below is Forum President Steve Hadley’s summary of her presentation.

Her family had been very involved in grass roots politics, even earning tickets to JFK's inauguration as "thanks" for their help. She moved from one group to another in her young adult years (Black Panthers, etc.) looking for a way to make a difference in the world.

Jim Jones was mesmerized as a child when he watched preachers hold audiences spell-bound for hours. He preached social justice and activism, got involved in San Francisco politics, and mobilized busloads of people when politicians needed them. Jones toured the country with these busloads of followers, holding meetings, raking in lots of money to run his biggest bases in Los Angeles, San Francisco, and Redwood Valley, and donating to civic causes. George Mascone, Willie Brown, and other prominent leaders lauded his work and made Jones the Chair of the City's Housing Authority Commission.

When a San Francisco Chronicle reporter investigated rumors from relatives and former members, Jones was powerful enough in town to get the Chronicle not to publish it. The reporter went to the New West Magazine and got it published and Jones began to build a new center in Guyana where officials appreciated his money and protected him. The goal was to eventually make Jones the head of the little country.

Kohl stressed that a majority of those who died at Jonestown were African American women. People joined Jones because of racial and social injustice, and he offered hope of a new order in a new world. As time went on though he began to preach apocalyptic suicide.

But, Jonestown grew too quickly, and was unsustainable. For example, all food had to be shipped up the river each day from Georgetown, because the ground had not been sufficiently tilled and crops were not grown to sustain the large influx of people.

My take away: If you'd have been there, you might have been taken in by Jones as political leaders were, and could understand how Laura got involved. 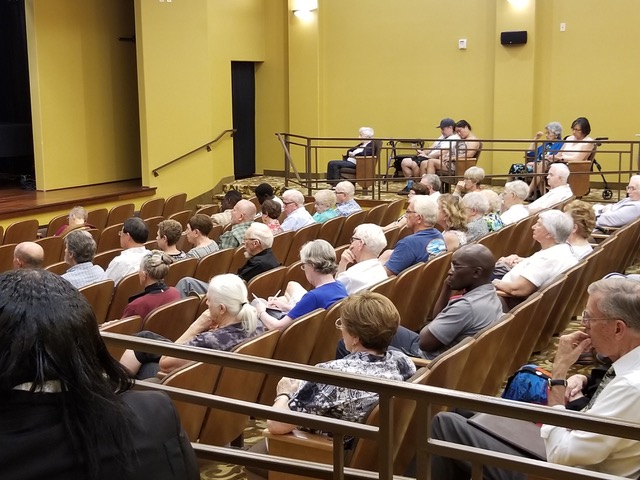 The audience's questions focused on Laura’s doubts about Jones as time went on, which prompted more details. For example, Jones kept everyone working from morning until night and then listening to him preach in the evenings. People were too tired to think and ask questions. Camp medical staff experimented with pigs so they knew how much poison to give children versus adults when the time came. Nurses gave children poison first so distraught parents would not resist following suit. Two of Jones’ adopted sons took charge in Georgetown and communicated with others in Los Angeles, San Francisco, etc. to prevent further suicides that were planned for such an event. It took days for American authorities to get to the site and begin recovering bodies in the jungle heat. The mass grave is in Oakland, where more than 500 are buried. The U.S. government billed Laura for the ride home.

I think she would agree with this summary presented in The Guardian in 2018:

"One of the journalists attacked on the airstrip, Tim Reiterman of the San Francisco Examiner, survived two bullet wounds and went on to write Raven: The Untold Story of the Rev. Jim Jones and His People, still considered the definitive history of the Jones cult.

Reiterman has argued that it is impossible to separate Jonestown from its political and social context. The ‘Peoples Temple was — as many communes, cults, churches and social movements are — an alternative to the established social order, a nation unto itself,’ he wrote in Raven. ‘The Temple I knew was not populated by masochists and half-wits, so it followed that the members who gave years of labor, life savings, homes, children and, in some cases, their own lives had been getting something in return.’

He ‘recoiled,’ Reiterman added, ‘when outsiders took the attitude that they or their children would never be crazy or vulnerable enough to join such an organization. Such complacency is self-delusion.’”

By the way, the People's Temple in Los Angeles now belongs to the LA Central Spanish SDA Church.

Steve Hadley is president of the San Diego Adventist Forum. Photos courtesy of the author.

More information about the San Diego Adventist Forum is available on their website here.

Interested in connecting with a local forum chapter in your area? Check out our Forum Chapters page here to see a list of our forums around the world.

Check our Upcoming Events section to see what forum events are on the horizon.

Don’t see one in your area, but interested in getting one started? Email us at contact@spectrummagazine.org for more information.