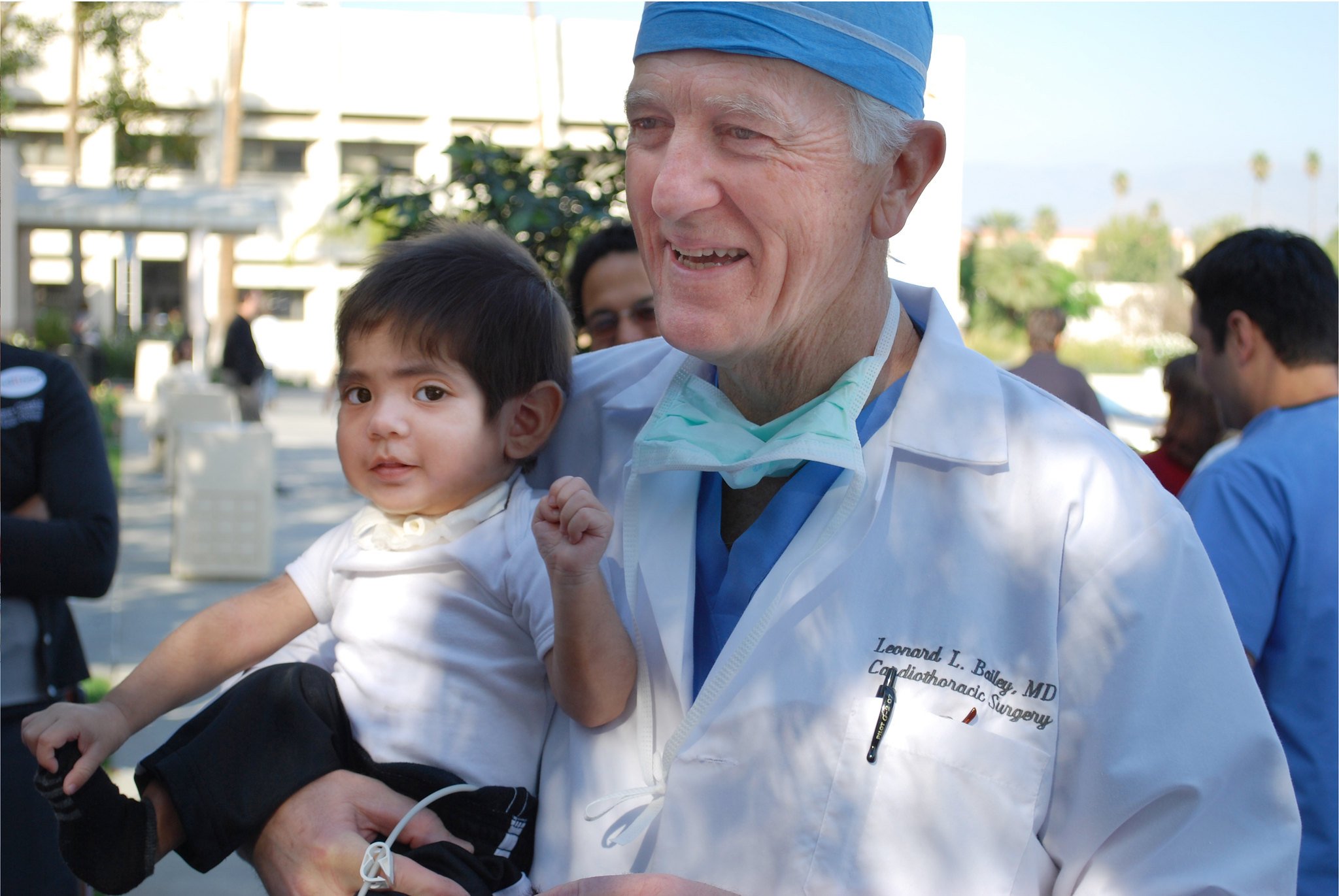 Leonard Bailey, MD, the renowned Loma Linda University Health surgeon who garnered international media attention in 1984 for transplanting a baboon’s heart into a human infant known as “Baby Fae,” the research from which spawned human-to-human infant heart transplants and other cardiac treatment breakthroughs, died on Sunday, May 12, 2019, at the age of 76 following a battle with cancer.

Bailey’s pioneering and controversial procedure became one of 1984’s biggest news stories, drawing daily attention of national news networks to the case in which the patient died 21 days later. He went on to transplant hearts in 376 infants and became an authority on congenital heart surgery and a consultant to physicians around the world.

His work also propelled Loma Linda University Health to become the world’s leading pediatric heart transplant center and led to innovations that enable surgeons to repair certain complex congenital heart defects instead of patients having to undergo a transplant.

Though widely recognized for transplantations, they were only a small part of his practice, which consisted of all types of pediatric and infant open-heart surgeries.

Many of his infant heart-transplant patients came back to visit him as teenagers and adults. At least one went on to medical school.

“When we operate on these babies, the hope is that they will live longer than us. It’s nice to know that’s playing out,” Bailey said in 2017 after a 36-year-old former patient visited him. “Often when we start a case we thank the Almighty that He has put us in this position to help and that the outcomes will be according to His will.”

Leonard Bailey, MD, with some of the children who have benefited from his life-saving heart-transplant surgery. This photo was taken in March of 1989.

While making rounds with young patients, Bailey would often wear neckties featuring Snoopy or Looney Tunes characters. “It sedates the kids a bit,” he once quipped in an interview. The surgeon was also known to change a baby’s diaper if needed.

“Our colleague and friend, Len Bailey, served this institution and the world beyond with dignity and courage,” said Richard Hart, MD, DrPH, president of Loma Linda University Health. “Despite his fame, he was always part of our own faculty family and stood tall in later years as one of our senior statesmen. His humble demeanor and quest for quality exemplified the best of our core values.”

Leonard Lee Bailey was born on August 28, 1942, in Takoma Park, Maryland, and graduated from the nearby Columbia Union College (now Washington Adventist University) in 1964. He later earned an MD from Loma Linda University School of Medicine in 1969.

It was during a thoracic and cardiovascular surgery residency at Toronto’s Hospital for Sick Children in the 1970s that he saw numerous otherwise healthy babies die from hypoplastic left heart syndrome — a congenital heart defect that defied successful reconstructive heart surgery.

He returned to Loma Linda University in 1976 to join the faculty as an assistant professor at the School of Medicine. Over the next few years he performed more than 200 experimental transplantations in infant research animals to determine the feasibility of transplantation in young mammals.

"In those days, the advice to parents was to leave the baby here to die or take it home to die," Bailey recalled in a 2009 interview.

On October 26, 1984, Bailey and his team transplanted a baboon's heart into “Baby Fae,” as she became known to the media. The procedure sharply divided the medical community and brought protest from animal rights groups, some of which sent protestors to the university and called the procedure “ghoulish tinkering” with human and animal life, media reports stated.

But the procedure had widespread support, too. “It amazes me that 90 per cent of us can enjoy a juicy steak, paté de foie or a good joint of lamb and not face protesters at the meat market,” stated a letter to the editor of Montreal’s Gazette, “[but] use a baboon’s heart to save the life of a child, however, and suddenly we are told that we all need a lesson in compassion for animals.”

The next day, 41-year-old Bailey spoke at a news conference. Time magazine reported him as fighting back tears and saying, “Infants with heart disease yet to be born will someday soon have the opportunity to live, thanks to the courage of this infant and her parents.” 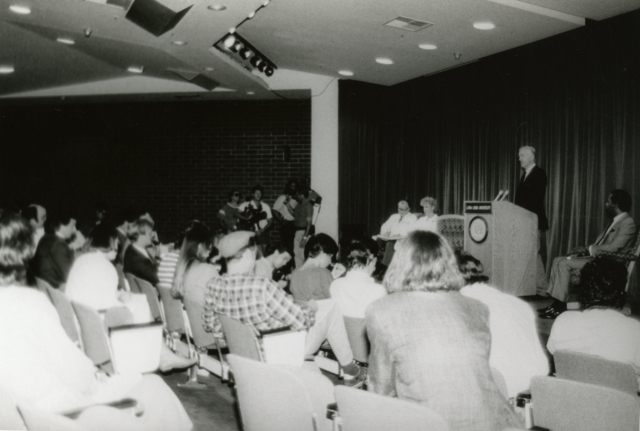 Leonard Bailey, MD, regularly addressed the news media over the three weeks after Baby Fae's surgery. It was one of the world's biggest news stories of 1984.

The research from Baby Fae’s case paved the way for Bailey and his team to make the world's first human-to-human heart transplant in a child a year later.

Bailey is survived by his two sons, Brooks and Connor. His wife Nancy, MS, a graduate of Loma Linda University School of Nursing, preceded him in death on April 7.

A memorial service is being planned, and details will be released when they are set.

Information will soon be made available on how to make a donation in Dr. Bailey’s honor.

This article was written by Ansel Oliver, and originally appeared on the Loma Linda University Health website.

Main photo: Dr. Leonard Bailey and a patient in 2009, photo courtesy of Journey Films. All photos provided by LLUH / Flickr.