GoYe: The New Adventist Board Game

GoYe: The New Adventist Board Game 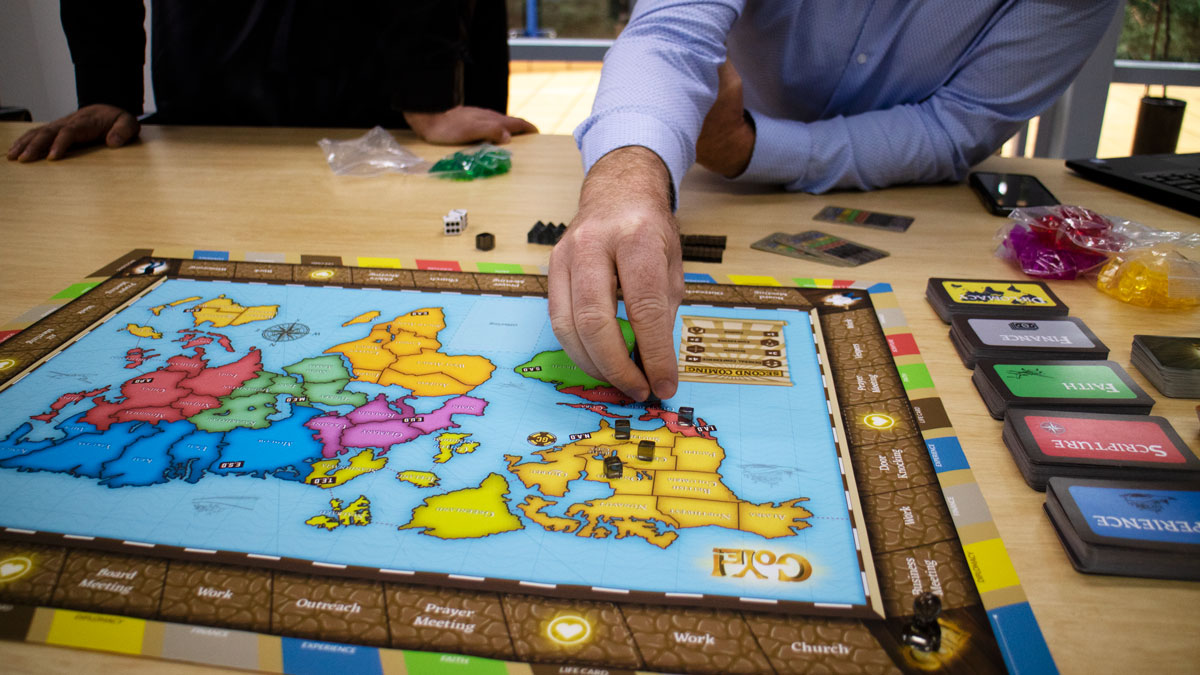 If you’ve ever dreamed of playing an Adventist board game, then your wish might be granted by Christmas 2019, because North New South Wales (NNSW) Conference Ministerial Intern and Events coordinator Kyle Morrison has created a board game tailored to Adventists called GoYe.

Pairing strategic game play with Seventh-day Adventist history, identity and mission, Mr. Morrison believes he has created a game that all Adventists will love.

“This game has the potential to change the future of Saturday night socials,” he says. “It’s genuinely fun and keeps you guessing until the final count.”

Gameplay involves spreading the gospel across a world map of 58 conferences and 10 divisions, and collecting Total Member Involvement (TMI) points by investing resources in mission trips, spiritual gifts, churches and offices. Once every conference has a church, the second coming ends the game and the player with the most TMI wins. 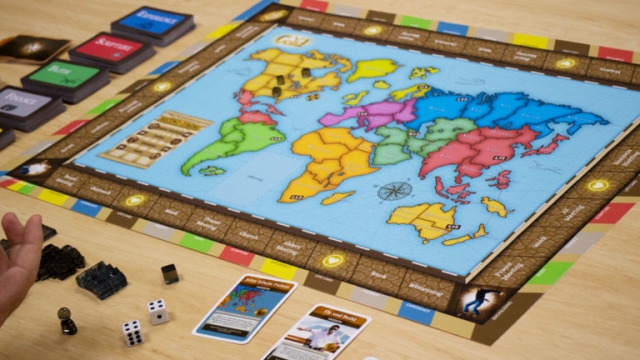 The game combines strategy from popular board games like Monopoly, Risk and Settlers of Catan.

“You collect resources, go to work, church and prayer meetings...It’s a bit like the Game of Life board game,” says Mr. Morrison. “Everything is an analogy for something, intentionally built to resemble the Adventist Church in real life.”

The board game was developed by Mr. Morrison over a three-year period, with the help of some of his friends.

“The game was built by Adventist young adults for teens and youth, but I have played with 7-year-olds and 67-year-olds and everyone really enjoys it...[but] the level of strategy involved makes it more fun for 13+ ages.” 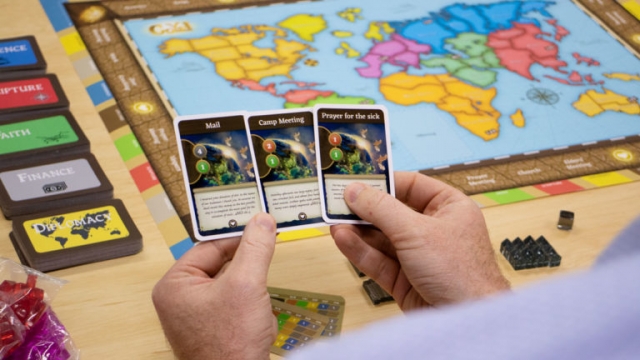 Spirit of Prophecy quotes are written on each card, and points are collected to build conferences.

Mr. Morrison says that although the game can be played by anyone, the references built into the gameplay are very “Adventist.”

“Subconsciously, the game is meant to make Adventists more excited about being involved with the Church,” says Mr. Morrison. “If a child grows up playing this game, they will already have it in their minds that going to prayer meeting or serving others adds value to their faith.”

Adventist Media Commercial manager Jean Tiran has played the game with Mr. Morrison and says it’s a lot of fun.

“It’s fiercely competitive — at its core, it’s just a really good game, but there’s also Spirit of Prophecy quotes on all of the cards, so you can discuss questions of faith as you go along. Kyle is so creative, he’s done an incredible job.” 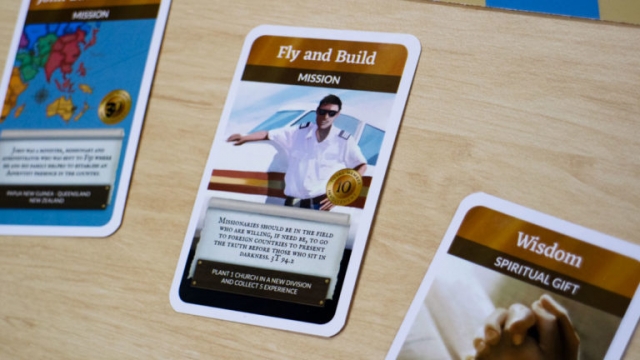 Artwork is based on real life Adventist ministers, evangelists and icons—can you guess who this is?

Mr. Morrison travelled to one of the world’s biggest toy fairs in Hong Kong in February 2019 to source the highest quality materials and workmanship for his game. He is currently in the final stages of securing a manufacturer and contract for production, but stresses that without funding, the game won’t make it to Adventist homes by Christmas, if at all.

“The only way to get your hands on the game is to make a pledge through Kickstarter,” Mr Morrison says. “If the campaign isn’t successful, the game won’t be produced.”

Mr Morrison has always been interested in creating content for the Adventist Church. He says that his exposure to international pastors and evangelists while being an administrator for ARISE Australia gave him a broader perspective of the Christian faith and inspired him to create content based on Adventist values. 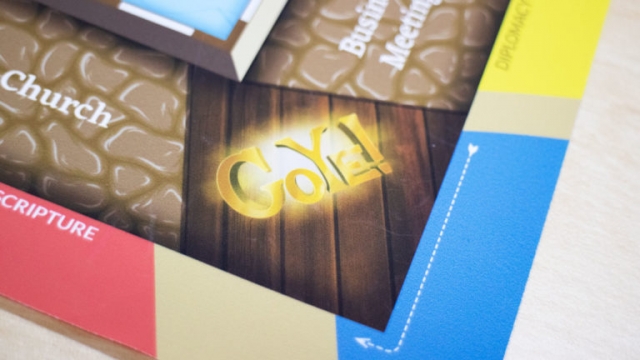 “Go ye therefore, and teach all nations, baptising them in the name of the Father, and of the Son, and of the Holy Spirit” (Matthew 28:19).

As well as GoYe, Mr. Morrison also hosts a podcast called Adventist on Fire where he interviews notable Adventist personalities, which is available online at aofire.org and Apple Podcasts. He also plans to release a card game based on the 12 tribes of Israel, Catch Caanan, in the near future.

Mr. Morrison is passionate about creating Adventist content because it fosters loving communities and strong identity.

If you would like to play GoYe with your family, friends or church group, you can find out more about the game via their YouTube channel, or visit GoYe’s website.

This article was written by Maryellen Fairfax and originally appeared on Adventist Record. It is reprinted here with permission.