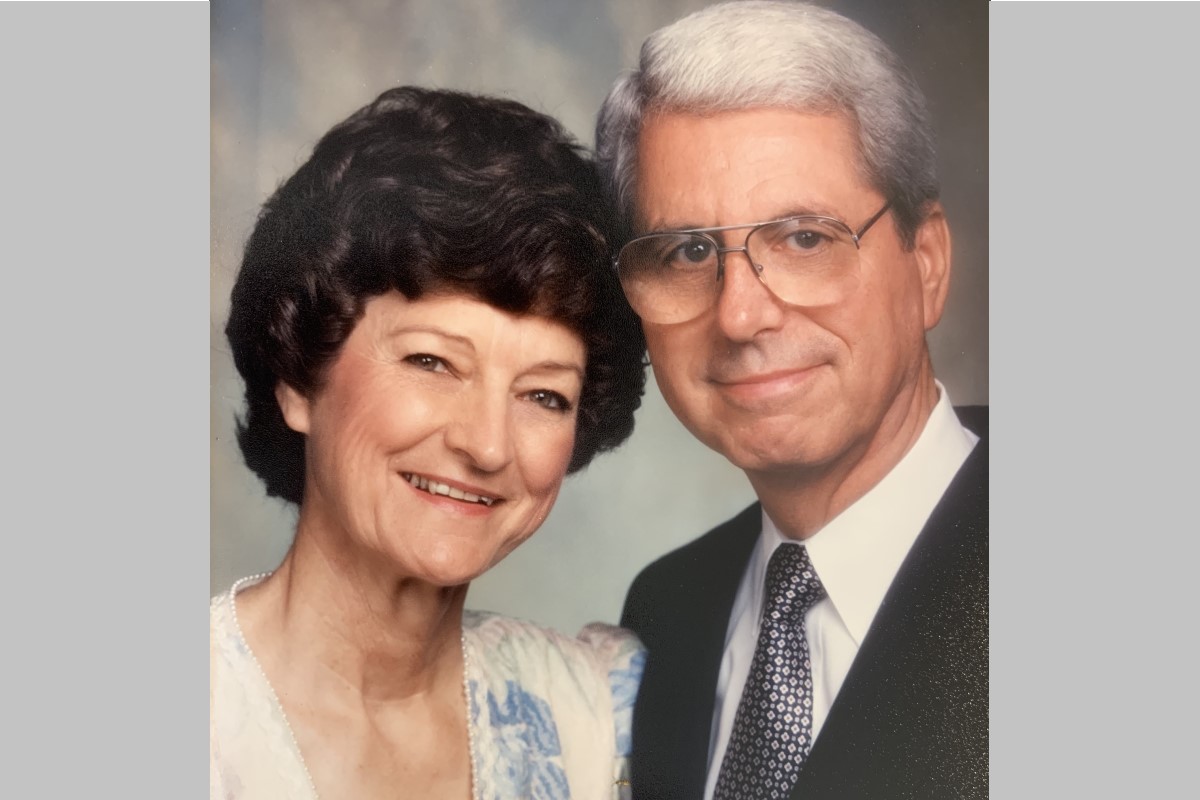 Mary Frances (Taylor) McClure, wife of former North American Division president Alfred C. McClure (who preceded her in death), passed to her rest on July 12, 2019, in Tennessee, after an extended battle with Alzheimer’s disease. She was 85.

“She was such a fun lady,” said Kermit Netteburg, former assistant to the NAD president for Communication. “I remember especially one evening when she had all the union presidents and several of the division officer staff over to their home. It was a townhome, and it was cramped, but she was ever so gracious.”

While in grade school in Georgia, the Taylor family attended a series of Seventh-day Adventist evangelistic meetings after first learning of the church through a set of books their parents bought from an Adventist literature evangelist. At the close of the meetings, Frances and Hoyet, one of her brothers, began attending the local Adventist school thanks to the support of local church members who would take them to school and back each day. Although their parents were not church members, after several years in church school both Frances and Hoyet decided to be baptized. After finishing elementary school, Frances went to Mount Pisgah Academy in North Carolina, selling books as a student literature evangelist to help pay her way.

After graduating from Mount Pisgah in 1952, Frances was able to attend Southern Missionary College (now Southern Adventist University), where she met Alfred C. McClure, and in 1953, they were married at her home church in Savannah, Georgia.

After Al completed his final semester at SMC in the fall of 1953, the McClures moved to Key West, Florida, where Al served as a pastoral intern in the Florida Conference, while Frances taught at the one room church school there, which had seven students. They moved to Miami where Al and Frances began assisting in evangelistic meetings. During the next 10 years, Frances faithfully fulfilled the role of pastor’s wife, duet partner, and cheerful companion to Al in a number of locations throughout Florida. During their time in Florida she gave birth to their first two children.

In 1963, the couple moved to St. Louis, Missouri, where Al pastored for four years while Frances served as pastor’s wife, dedicated ingatherer and mother, giving birth to their third child. In 1967, they moved to Georgia, with Al working at Georgia-Cumberland Conference office. The McClure’s then served in Wyoming, Kansas, and Tennessee until Al began work as Southern Union Conference president in 1980, while Frances worked in the union office, first in the Treasury department and then in the Education department.

By 1990, Al and Frances had moved to Maryland, where Al assumed his duties as president the North American Division. While Al’s work kept him away from home often, the McClures always stayed connected during these times thanks to Al’s nightly calls home. Al and Frances stayed in Maryland until their long-awaited retirement in 2000, after over 45 years of service to the church. Their retirement took them first to Florida, and then to Chattanooga, near family.

Al succumbed to cancer in 2006. Following Al’s death, Frances continued to live in the Chattanooga area, while beginning a long, slow battle with Alzheimer’s. After 13 years, Frances went to sleep in Jesus at sunset on July 12, just as her Sabbath was beginning.

She is survived by her children, Al Jr., Sally, and Scott. A memorial service is scheduled for July 27 at 4 p.m. in the Gospel Chapel of the Collegedale Seventh-day Adventist Church in Tennessee.