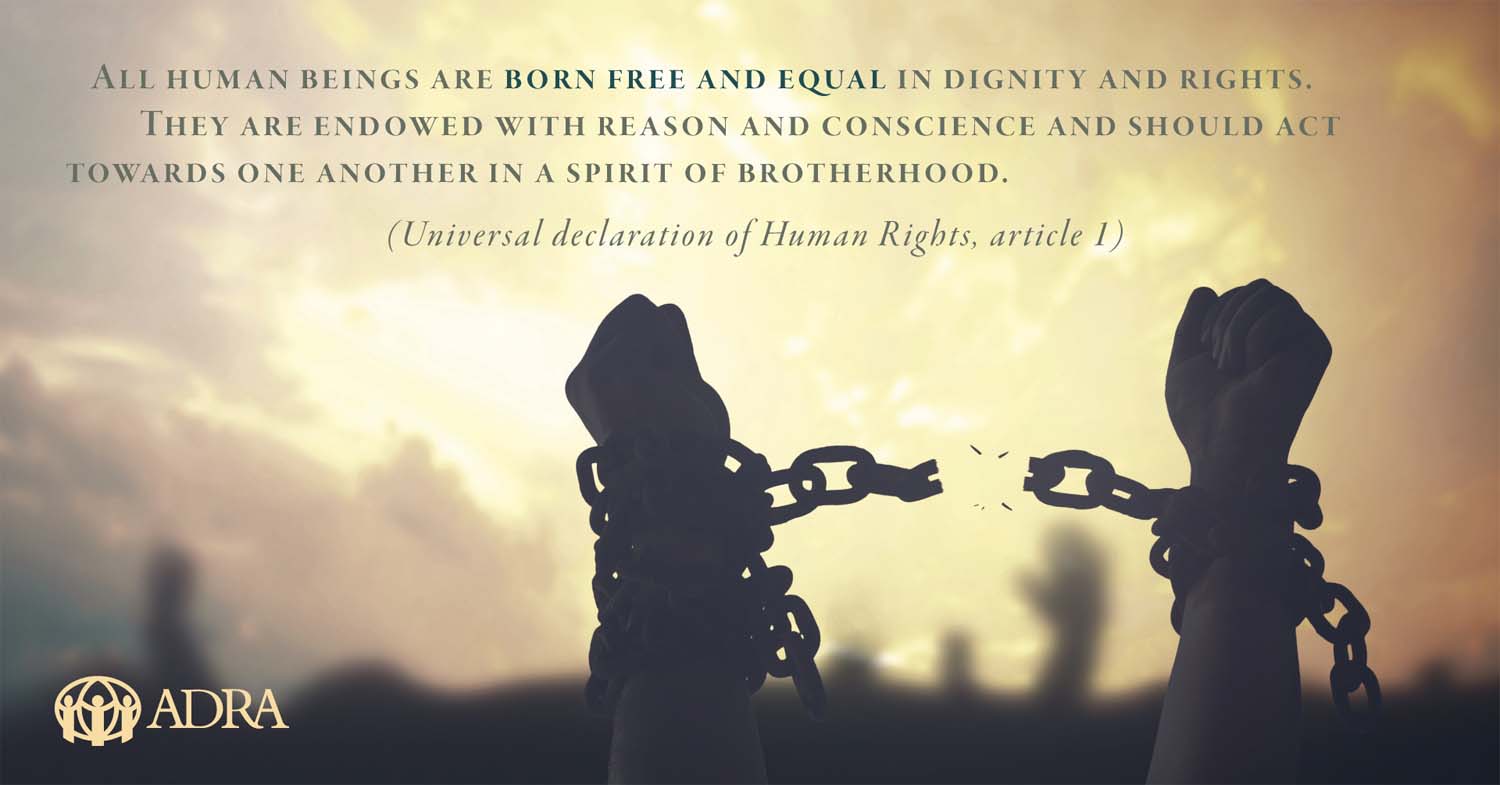 On the 70th Anniversary of the Universal Declaration of Human Rights, ADRA Europe makes a strong statement on the continued need to stand up for human rights.

On December 10, 1948, the United Nations General Assembly proclaimed the Universal Declaration of Human Rights as a document to prevent the repetition of the horrific human rights violations that had been committed during World War ll.

In an anniversary document, “Decoding the ADRA Genome,” ADRA Europe takes a look at an early Adventist pioneer for human rights, takes an overview of the document itself, and focuses on statements from:

• Mario Brito, President of the Inter-European Division of Seventh-day Adventists

• Raafat Kamal, President of the Trans-European Division of Seventh-day Adventists

Commenting on the 70th anniversary, Pastor Kamal writes that his thoughts “turn to Micah 6:8 to act justly, to love mercy, and to walk humbly with our God. When speaking of rights in the Bible, God rarely mentions what rights we should demand. Instead, He tells us what we are responsible for. God focuses on human responsibilities. We are responsible to enforce justice and extend mercy. If everyone concentrated on what they are supposed to do, rights wouldn’t be an issue. We would receive what we need.”

This article originally appeared on the TED News Network, the official news service of the Trans-European Division of Seventh-day Adventists.