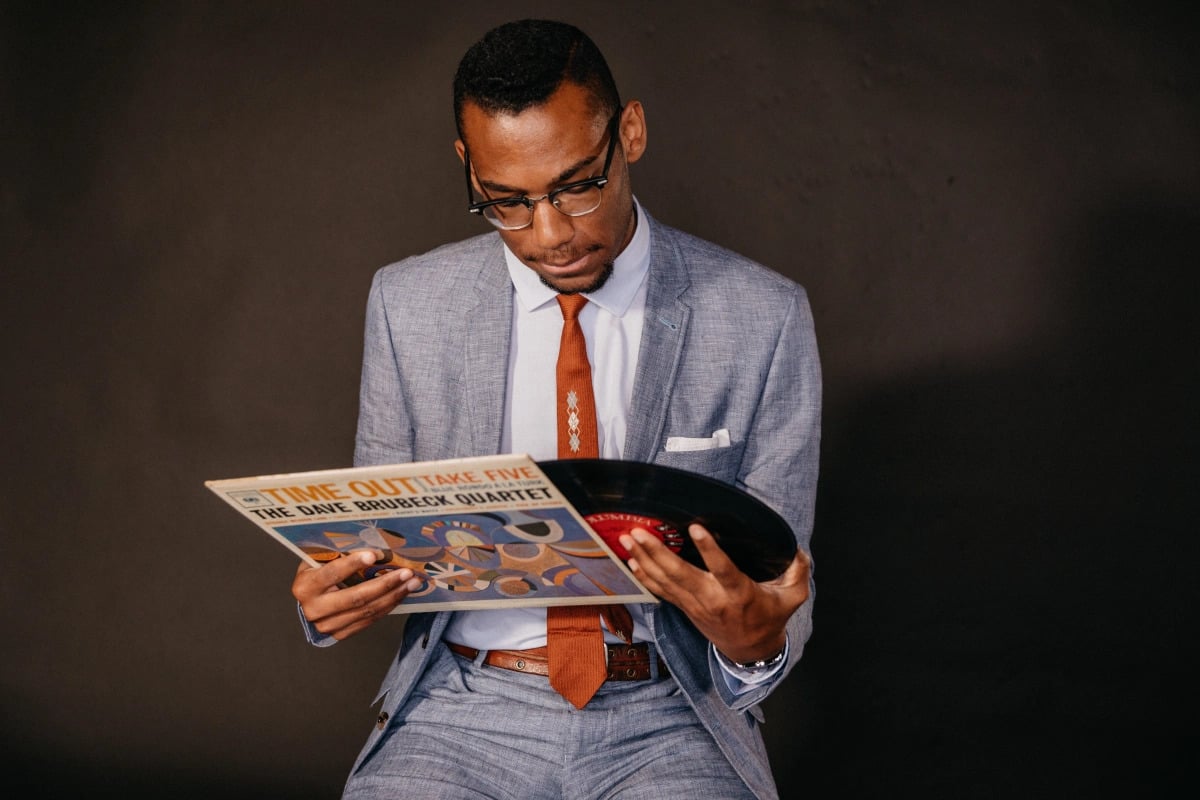 I dig jazz. Heavily. I am also an Adventist. Heavily. These seemingly innocuous facts have proven to be much more controversial and apparently salvation-endangering than one would think. For instance, my love for jazz and the resulting strife has caused me to ponder the religious politics of music. When I was a kid, I couldn’t understand why I wasn’t allowed to listen to jazz on the Sabbath. “It’s secular,” was the usual sentiment.

As I got older, the “secular” charge grew more and more trivial and hypocritical. While jazz was a no-no, classical music was deemed kosher for the Lord. Ravel, Bach, Haydn, and Beethoven mingled with hymns during church services and vespers. One Sabbath, as the pianist in church played a moving rendition of Debussy’s “Clair de Lune,” I had an epiphany:  I had been asking the wrong question. Suddenly my initial question morphed from “why isn’t jazz acceptable as sacred music?” into “what defines music as sacred?”  More important, however, was the follow-up question: who defines what music is acceptable and sacred?

On the surface, jazz is no more secular than classical music. Both genres of music feature works that were inspired by secular things, yet only one of those genres of music is regularly played in churches. Yes, it’s true that a significant body of classical music is dedicated to sacred themes or written for spiritual contexts, like mass, but the same goes for jazz. In fact, jazz is full of examples of musical works that were explicitly written with God in mind or sacred themes in general. John Coltrane immediately comes to mind. Coltrane pioneered the idea of spiritual jazz in the mid-1960s, releasing his magnum opus, “A Love Supreme,” in 1964.

Writing for NPR, Eric Westervelt describes that this album by Coltrane represented “a spiritual declaration that his musical devotion was now intertwined with his faith in God.”

Coltrane wasn’t alone in using jazz to praise God. As early as the 1940s, Duke Ellington was writing spiritual works for his orchestra. “Come Sunday,” written by Ellington in 1942, is a serene composition with lyrics that describe the solace and comfort one gets from God after a weary week. Dave Brubeck, one of the most famous jazz musicians of the 20th century, wrote numerous jazz masses and suites based on Jesus’s life and on passages in Scripture.

If Beethoven's “Moonlight Sonata” or Debussy’s “Clair de Lune” (French for moonlight) are kosher for church, so should Bill Evans’s lovely homage to the predawn hours, “Very Early,” or Django Reinhardt’s impressionistic “Nuages” (French for clouds). Of course, one of our hymns borrows its melody from a well-established secular source. “I Cannot Tell,” hymn 255 in the Seventh-day Adventist Hymnal, is note-for-note the old tune “Danny Boy,” itself based on the even older Irish folk song “Londonderry Air.”

Very quickly, then, the argument of secularity falls apart.

Obviously, jazz isn’t the boogeyman it has been made out to be but rather another valid form of musical expression. Who then is responsible for pushing this message of jazz’s inferiority? In 1972, the General Conference approved a sprawling document that laid out its musical guidelines for the Adventist Church. In it, they specifically called out jazz as “inimical to the development of Christian character.” Elsewhere in the document, they state that “music should be avoided that is saturated with the 7th, 9th, 11th, and 13th chords,” which again precludes jazz, in addition to many other types of music.

When the General Conference revisited these guidelines in 2004, they omitted these statements, but the damage was already done. Despite classical music being a relative blip on the global music stage, some would have us believe that Western European culture created the only acceptable music to God. These attitudes are dangerous and promote cultural inferiority. Case in point, I once met an older Adventist Brazilian woman. As we talked, I learned that she had loved the bossa nova as a girl growing up in 1960s Brazil but had eventually turned from it when she became an Adventist because she learned that music other than simple classical music was “bad.” What kind of message are we sending where someone would consider having to turn from their culture in order to be welcomed?

In its updated musical philosophy, the Adventist Church included an addendum to its guidelines that implores us to keep an open mind regarding cultures and practices that may seem out of alignment with our own. “We should recognize and acknowledge the contribution of different cultures in worshiping God,” they conclude. This is an important point to remember. Incidentally, it was the bossa nova that Edwin Hawkins originally used on his gospel tune “Oh Happy Day” that subsequently went on to become a hit upon its release in the 1960s, proving that even bossa nova can be used as an instrument of praise.

Correction: an earlier version of this article misidentified the composer of the “Moonlight Sonata.” It is Beethoven, not Chopin.

Tarik Townsend is from Loma Linda, CA, where he is a registered nurse by night and asleep by day.  When not outside birdwatching, he is inside listening to his record albums—usually jazz. He writes about jazz and record collecting on his website, raggywaltz.com.

Title image courtesy of the author.