10 Important Books on Black Adventism You Should Read

10 Important Books on Black Adventism You Should Read Here are a few significant books (in no particular order) for those wishing to understand more about Black Seventh-day Adventism with options in biography, theology, genealogy, church structure and institutions. The books listed here without associated links can be obtained for free on the Black SDA History website.

We Have Tomorrow
The Story of American Seventh-Day Adventists with an African Heritage
by Louis B. Reynolds

“Like early accounts of American history, and indeed the narratives of most of the nation's social and religious organizations, Seventh-day Adventist history texts have some noticeable gaps in the record of the denomination's considerable black following. This book is an attempt to tell the story of participation by these men and women, both laymen and ministers,” writes Louis Reynolds in this book’s introduction. 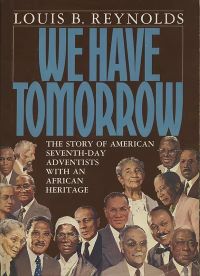 Telling the Story
An Anthology on the Development of the Black SDA Work
by Delbert W. Baker

“Although the establishment of Regional Conferences is one of the most significant developments in Black SDA history, it is a part of a larger spiritual heritage. God's providence in the history of how Black people have helped to build and support the Seventh-day Adventist (SDA) Church—in spite of incredible odds—is inspirational and miraculous,” writes Delbert W. Baker, Ph.D., M.Div., in the forward of this book.

Mission to Black America
The True Story of James Edson White and the Riverboat Morning Star
by Ronald D. Graybill

“The first edition of Mission to Black America in 1971 helped prod and guide a church grappling with a civil rights revolution that had left it behind. Re-readers and new readers today will find in this new edition as much or more significance for current issues, along with the joy of an exciting, meaningful story,” writes Douglas Morgan, PhD, professor of History & Political Studies, Washington Adventist University, of this book. 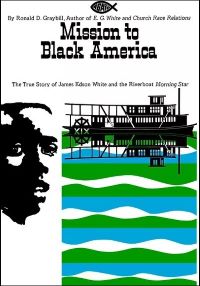 “Certainly, history validates that this school (begun on a former slave plantation with 360 acres and 65 oak trees) persistently and successfully rallies and salhes forth in fulfilling its mission as a Christian education center of higher learning,” writes Dr. Mervyn Warren in his introduction to this book.

Tracing the historical presence of Africans, African Americans and Afro-Caribbeans in the Seventh-Day Adventist church, this work examines issues which have contributed to the problems of race relations in the church, and argues that it should either correct or reinterpret some of its doctrines.

An in-depth study of the denomination's participation in civil rights politics. It considers the extent to which the denomination's theology influenced how its members responded. This book explores why a brave few Adventists became social and political activists, and why a majority of the faithful eschewed the movement.

Protest and Progress
Black Seventh-day Adventist Leadership and the Push for Parity
by Calvin B. Rock

Calvin Rock has produced a landmark book on race relations and leadership in the Seventh-day Adventist Church in North America. As an acclaimed leader himself, Rock writes with a pastor's heart and a prophet's passion to remind the church of where we have been, where we are, and where we must go.

Out of the Trash Came Truth
The 1962 Challenge of the People, by the People, and for the People Against Racism in the Seventh-day Adventist Church
by Frank W. Hale, Jr.

“I will never forget that day. It was the day in 1959 when I was walking across the Oakwood College campus and picked up a little book, The Southern Work, off of a trash pile whose contents had just been removed during the renovation of the old library. I had never read the book or even heard about it. I was intrigued by what its author, Ellen G. White, said about race,” writes Frank W. Hale, Jr. Ph.D, D.Hum in the opening pages of this book. 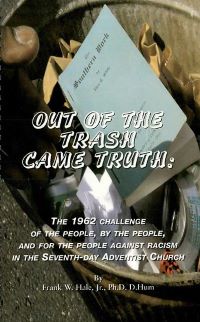 Born just as the Civil War began, Lewis Sheafe grew to manhood at a pivotal moment in American history. In this gripping biography Douglas Morgan pieces together the life of this forgotten leader whose story sheds light on the reason that no lasting, separate Black Adventist denomination ever formed.

This volume presents a comprehensive compilation of White’s statements pertaining to blacks in their literary context, including the complete letter, testimony, manuscript, article, sermon/talk, tract/pamphlet diary entry, and book chapter in which they are found. 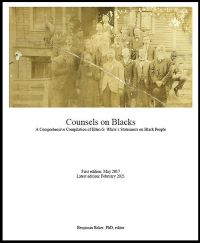 This list is courtesy of Dr. Benjamin Baker, historian, educator, and founder of blacksdahistory.org. Baker is the guest Spectrum editor this month and will be bringing more content about Black Adventist history.