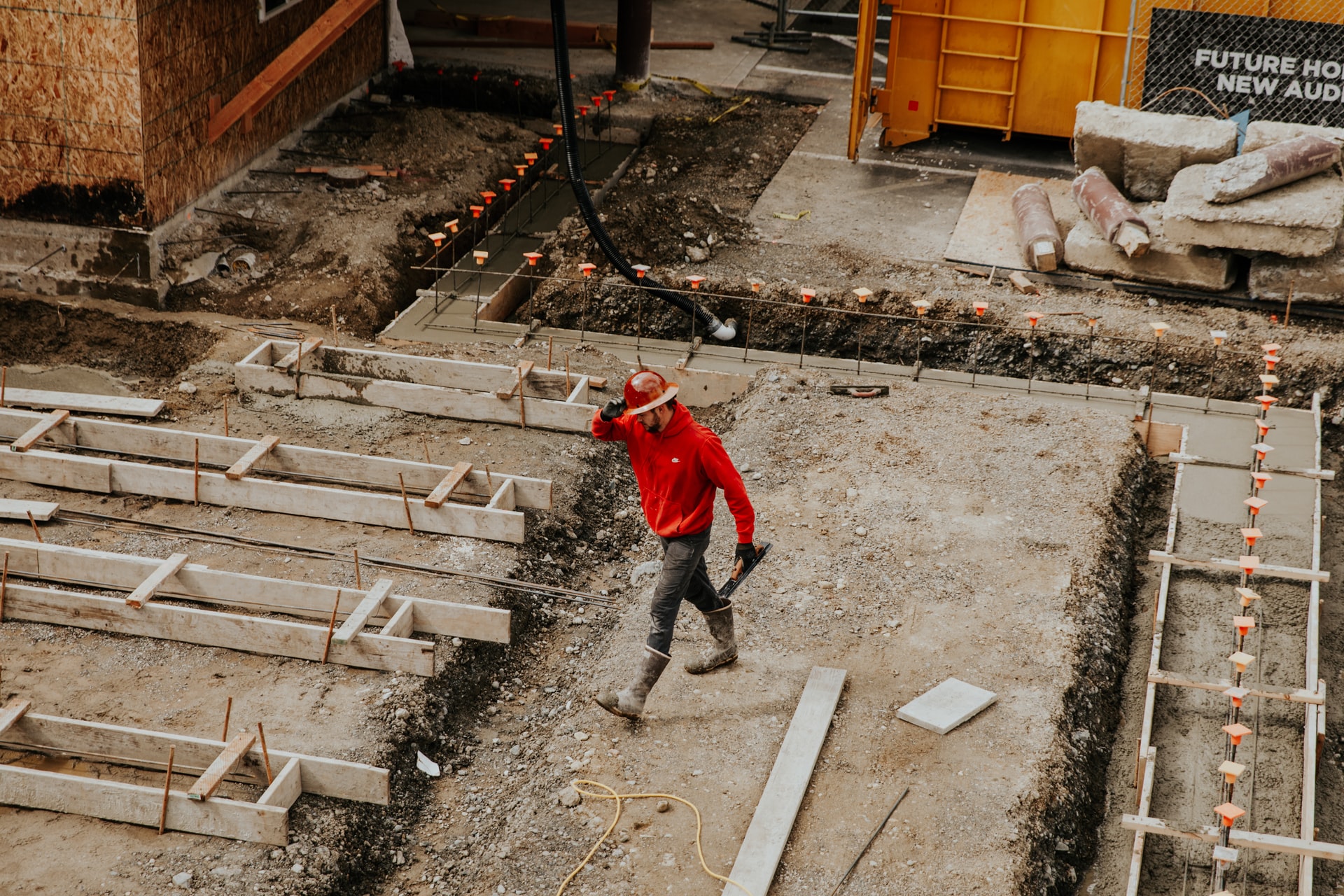 From an interior decorator’s point of view, my father and father-in-law’s household handywork would probably be classified somewhere between Early Awful and At-Least-It’s-Functional. For instance, when a bunch of ceramic tiles inexplicably started falling off my parents’ bathroom walls, my dad’s solution was to drill a hole in the center of each one and put them back in place with screws. When my wife’s dad decided to wallpaper the bathroom, he chose a metallic background festooned with large, delightful images of multi-colored hibiscus blossoms. He never got the memo that the strips had to actually line up and match.

Despite their aesthetic deficiencies, I nonetheless admired their ability to fix just about anything.

One memory in particular stands out. Dad felt that the carpenter’s credo to “measure twice and cut once” was for sissies. If a board was sawn a bit too long, he always said, “Just beat it in!” He never felt encumbered by perfectionism, which can be the bane of insecure writers like myself. So whenever I get caught up in a perfectionistic funk, my dad’s famous saying serves as a useful corrective. Wisdom from my father.

Mom was the quiet, reflective one who loved to listen to people’s personal stories. I inherited at least some of that value directly from her. She also taught me how to cook. One day, during my seventh year on earth, mom was away shopping. Gripped by an overwhelming urge, I took her chocolate cake recipe, mixed up a batch, called my pal Charlie to hurry over, and we downed a bowlful of incredible dough. Wisdom from my mother.

I think it is quite reasonable to assume that Jesus also gleaned much from his parents as well. Many of the memorable sayings and analogies he used during his public ministry were rooted in the wisdom he received from his parents as he grew up in Nazareth.

One can imagine Mary teaching young Jesus how to sew. One day, he practices by sewing a brand-new piece of cloth over a hole in a discarded garment. His mother notices and instructs him, “Son, you shouldn’t patch old clothing with new cloth. You see, when the garment gets wet the new patch will shrink and rip away from the old cloth, leaving an even bigger tear than before.” (See Matt. 9:16 NLT) Some two decades later, Christ calls upon that homemaker’s truism to make the point that he “is not trying to patch up a worn-out Judaism.”1

Much can also be gleaned from what we read about Jesus and Joseph in Matthew 13 and Mark 6:

Coming to his hometown, he began teaching the people in their synagogue, and they were amazed. “Where did this man get this wisdom and these miraculous powers?” they asked. “Isn’t this the carpenter’s son?” (Matt. 13:54-55 NIV)

The Greek word tektōn is translated here in both cases as “carpenter.” But that translation can be misleading. Ken Campbell suggests “builder” or “craftsman” as a better choice.

In the context of first-century Israel, the tektōn was a general craftsman who worked with stone, wood, and sometimes metal in large and small building projects.2

But because wood was scarce in the region and rock was plentiful, it would have been difficult to make a living only working with wood. Nazareth was also too small to require the services of a fulltime carpenter and his son. The hamlet had an estimated four hundred inhabitants spread out among very rural farms and orchards.3

The most likely scenario is that Joseph and Jesus worked extensively at the site of the rebuilding of the city of Sepphoris about three to four miles from home. Perched on a 400-foot-high hill, it could be seen from miles away and may have been in Jesus’ thoughts when he talked about a city on a hill that cannot be hid. (Matt 5:14)4

In 47 BCE, the Romans made Sepphoris the provincial capital of Western Galilee. After Herod’s death in 4 BCE, the Jewish community rebelled and displaced the Romans. Under the leadership of Herod’s son, Antipas, the city was subsequently destroyed when it was retaken by the Roman army.

Antipas was determined to turn Sepphoris into the “Jewel of Galilee” and launched a dramatic building boom at the beginning of the first century, when Jesus was still young. New construction and remodeling lasted over twenty years.5 Antipas chose to rebuild in an extravagant Roman style which would have required a large number of both skilled and unskilled workers.6 He most likely utilized the enormous rock quarry half-way between Sepphoris and Nazareth.7

Excavations have uncovered what was a city of great prominence, with a magnificent Roman theater that was over 242 feet wide and held over 4,000 people.8 The extensive ruins include Herod’s palace, an upper and lower city, a thick city wall for defense, several synagogues, bathhouses, aqueducts, a huge reservoir, marketplace, and residential areas next to colonnaded, stone-paved streets.9

It is not hard to imagine that the Lord’s work there as a teenager and adult were the basis for his comment, “What then is this that is written: ‘The stone that the builders rejected has become the cornerstone?’ ” (Luke 20:17–18).

It is no coincidence that several of Jesus’ parables take place at construction sites. They reflect the experience of someone steeped in the building trades, as an insider. Joseph and Jesus were mostly construction workers. They may have bid on jobs as subcontractors or worked for others.

Having a clearer understanding of the nature of Christ’s work prior to his public ministry helps bring the parables to life. They are no longer simply made-up stories, but are, more often than not, the retelling of either personal experiences or observations culminating in a carefully crafted lesson. His genius was the ability to recall just the right episode at just the right moment and use it as a master storyteller to win the day in high stakes situations against powerful opponents.

Prior to his public ministry, I can imagine that Christ got sawdust in his eyes on numerous occasions. In Matthew 7, he takes that simple, mundane occurrence and creatively shapes it into a marvelous lesson about judging others.

I picture Joseph and Christ walking to Sepphoris after an unusually heavy storm. On the way they see a home demolished by the wind and rain because of someone’s shoddy workmanship that cut corners by avoiding the cost of laying a firm foundation. With a professional builder’s expert eye, Jesus recalls that brief moment decades later and again weaves it into another unforgettable saying:

Reading Christ’s story about an imprudent man in Luke 14, I have to wonder if one of Joseph’s customers ran out of money halfway through a building project, saddling him with debt that put an onerous strain on family finances.

Suppose one of you wants to build a tower. Won’t you first sit down and estimate the cost to see if you have enough money to complete it? For if you lay the foundation and are not able to finish it, everyone who sees it will ridicule you, saying, ‘This person began to build and wasn’t able to finish. (Luke 14: 28-30)

As we read the Gospels, we can use Jesus’ teachings as both a lens through which to reconstruct key aspects of his early life and to sit back in awe at his extraordinary ability to employ mundane incidents from tiny Nazareth to compose wise lessons that would impact the world.

7. Robby Galatty, “The Forgotten Jesus Part 2: Was Jesus a Carpenter or a Stonemason?” LifeWay Leadership.

Photo by Becca Tapert on Unsplash