To Dream It Up Again 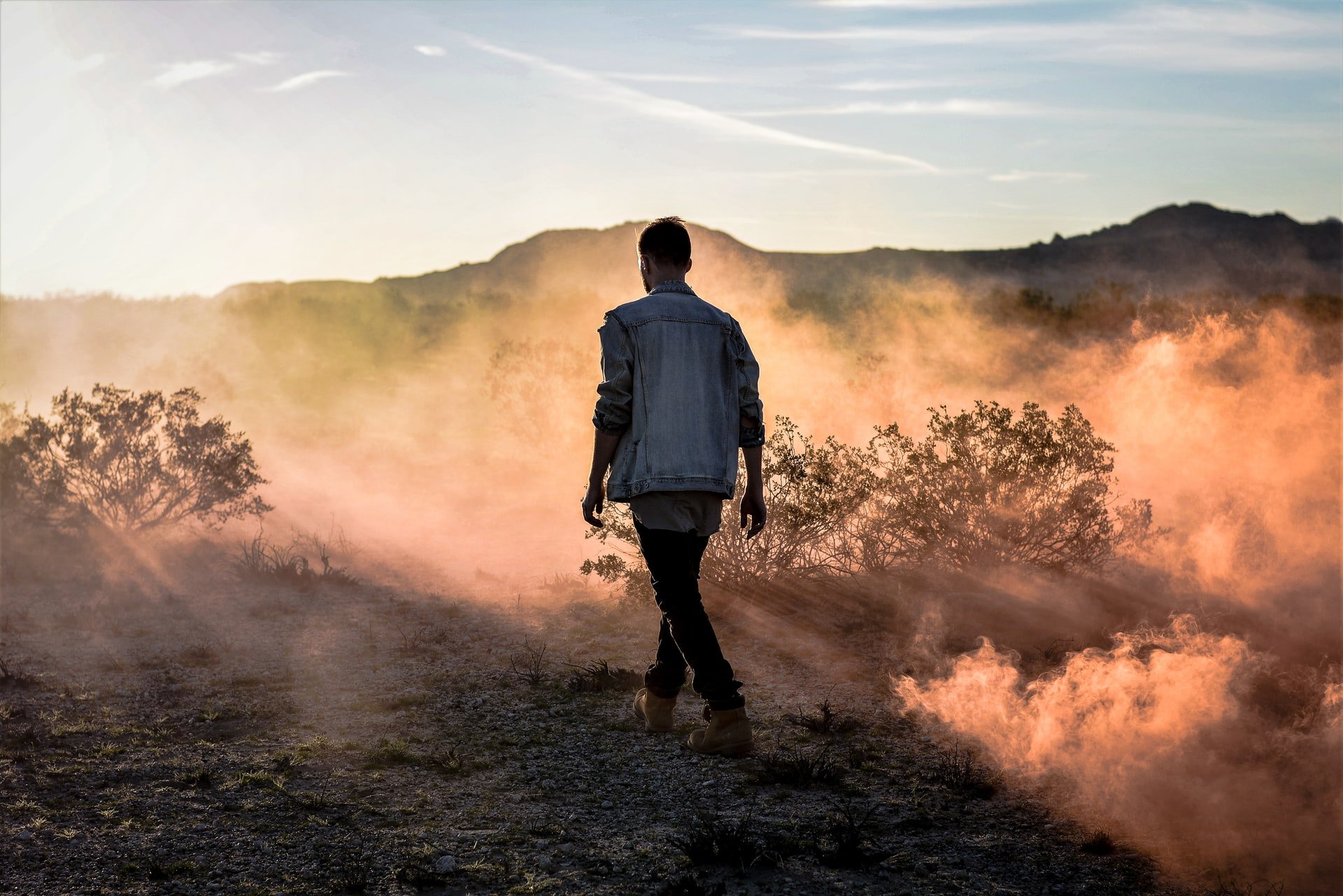 “And you begin to lean against some longing till it shifts.”1

Few people set out to be professional doubters. The most famous Western example is Descartes, who resolved to question everything he thought he knew. He arrived at one indisputable truth: Cogito, ergo sum—“I think, therefore I am.” In the method he devised for learning, humility was central, along with the tolerant observation of others and a reliance on personal experience over the theories of theologians and philosophers.

He hoped, he said, to get to heaven as much as anyone else, but when he learned that heaven was open to the ignorant as well as to the learned, and when he saw that revealed truth was beyond his understanding, he reckoned that one had to be more than human to study the ways of God successfully. About the existence of God, Descartes had no doubts, and that he was a creation of God, he was equally convinced. With that assurance he carefully went about deconstructing the system of belief and truth he had grown up with.

Descartes was an exceptionally patient person. He gently advised those who were neither born to leadership nor exhibited the traits needed to not attempt reform simply for its own sake. His metaphor of knocking the house down to its foundations and rebuilding it anew included using what could be salvaged in the reconstruction. Although his method was radical (from the Latin radix, root), he would probably be regarded today as a moderate. But perhaps the comparison pales, since he lived and served—and died—under monarchies, notably the court of Queen Christina of Sweden.

Today, when I read Descartes’ Discourse on Methods or his Meditations, I feel myself in the presence of a kindly and sagacious tortoise. If nothing will accelerate him toward the finish line, it’s not for lack of mental speed. Unlike the innumerable hares among us, Descartes the Tortoise need not hurry because he’s already seen the end. He ambles along without resentment or competitiveness. He declares himself a happy man, secure in the God he knows, yet incapable of conforming to an ignorant authoritarianism. You won’t find him at a Black Lives Matter protest or demonstrating against Roe v. Wade in front of the Supreme Court. He is a universe of one.

Those of us who admire and envy Descartes for his intellectual rigor and equanimity still would not follow him in matters of the soul. He became famous for his distinction between matter and mind, body and soul, as two completely different substances.

The soul was a spiritual substance somehow united with a body governed by purely physical laws. Descartes struggled with this distinction, trying to find a mechanistic explanation for the invisible spirit we call mind. He thought it harmful to spend much time on metaphysical questions about God and the soul, questions that could only be answered through the imagination and the senses. Better to come to terms early with one’s relation to God as that of an inferior to a superior, and then set that aside to deal with laws that could be tested and reasoned out.

What I know of God has come through the myths and stories of religious scriptures; through literature, art, music, poetry, and drama; and through the works of theologians and philosophers who speak from hearts in tandem with their heads. That, together with my own experience and what I have learned from my religious community, is synthesized through imagination and the senses. Thanks to Abraham Joshua Heschel, my faith and trust now begin with wonder and awe. It was not always this way.

Like many of my generation, my religious education began with the certainty that heaven was the prize for the diligent perfectionist. I don’t fault those who led us in those paths; they knew not what they did. But what they did when we were children stamped down the possibility of entering the kingdom like a child—that is, with wonder and with awe.

Wonder and awe are signs of innocence, the unmarked snow of childhood. It may seem odd, even perverse, to seek innocence after six decades of life. After all, we cannot unring the bell or unsee what has been burned into our retinas. Most times, we cannot even forget what we have forgiven. But we can be born again.

Innocence here does not mean naiveté or a deliberate denial of contrary evidence. Rather, it is the deepest, most intimate, most honest core of oneself, the “still, small voice” that we hear as an undertone among the clanging cymbals and sounding brass of the spiritual marketplace.

It is our willingness to give up second-guessing God and building in every fail-safe we can think of for our lives. “You must protect this space,” says Christian Wiman, “so that it can protect you . . . Something in you must remain in you, voiceless even as you voice your deepest faith, doubt, fear, dreams . . .”2

To me now, wonder and awe are the necessary candles for our nights of darkness. They prepare us for the sudden reversals of fortune, the ordinances of humility as well as the modest epiphanies and glimpses of understanding. Through them we find what we can give back to God—our spiritual innocence.

This is my final regular column for Spectrum. In the past three-and-a-half years I’ve sought to give expression to one journey of faith, doubt, and mystery. It’s time, as U2 said, “To go away and dream it all up again.” I feel myself to have been on the road to Emmaus, recognizing the Stranger only after he disappeared. Thanks for sharing the road. Not all who wander are lost.

Photo by Flow Clark on Unsplash