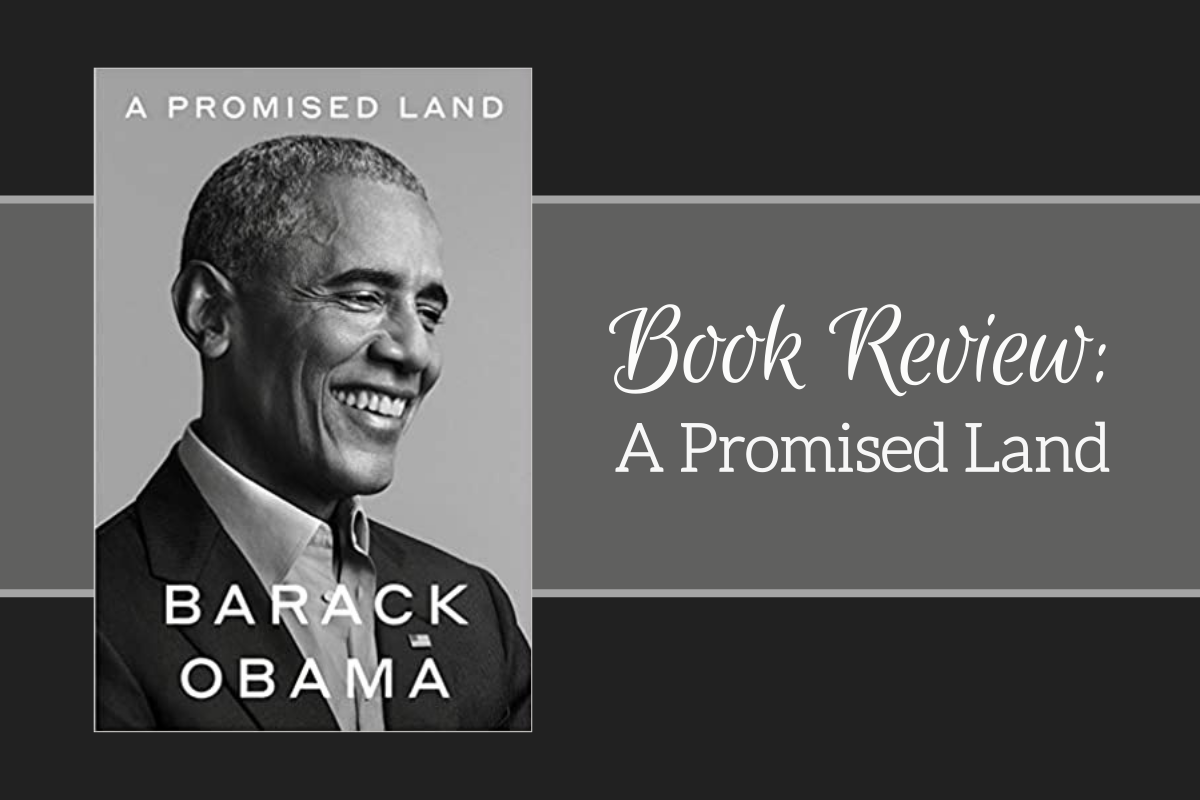 In his new memoir about his first term in office, President Obama says he wrote “to offer readers a sense of what it’s like to be the president of the United States,” and that he wanted to “inspire young people considering a life of public service.” I enjoyed 700 pages of armchair presidenting, but O my goodness, it would be really tough to be the actual person in the Oval Office. Being (a responsible) president, as I found out, requires total engagement, twelve to sixteen hour days, continuous multitasking, high ideals and a solid moral core in tension with a constant need for compromise. You have to work with world leaders or politicians in your own country who have competing agendas, deal with one weighty matter after another — and then unexpected crises arise, requiring agile changes of plana. You have to be wise, well-informed, have excellent judgment, be prudent but also willing to gamble. You have to put a lot of trust in other people, some of whom will let you down. You have to accept that you will be continually second-guessed and criticized in the media. All that plus — for President Obama — Mitch McConnell trying to undermine everything you want to do. It’s a lot to deal with.

It would be hard to imagine a more engrossing book for a reader with any interest in governance, policy, international affairs, the state of the union. There is continual drama, from the early pages dealing with campaigning for president to the final pages on tracking down and killing Osama Bin Laden. In between, there is dealing with the financial crisis of 2008-2009, planning and passing healthcare legislation, working on climate change legislation and the Deepwater oil disaster, dealing with the war in Afghanistan, the “Arab Spring” in Libya and other countries of the Middle East, dinners and table talk with all the Putins, Sarkozys, Merkels, and Jintaos of the world, while trying to maintain a quality family life. It is, in the words of Oscar Wilde’s Lady Bracknell, “a life crowded with incident.”

And challenge. As the president writes, “no problem that landed on my desk, foreign or domestic, had a clean, 100 percent solution. If it had, someone else down the chain of command would have solved it already.” Being a good president requires a combination of high idealism with ample pragmatism, two qualities that don’t always go together. Obama had plenty of the former and had to develop the latter.

For instance, the situation in Afghanistan had many complicating factors: the adjacent war in Iraq; what had already been done or not done by the Bush administration; billions of dollars of cost; the risk of American troops’ lives; the potential devastation to the area if Americans did a quick pullout; general lack of social institutions and public trust to promote stability within the country; the possibility of many more years and a “nation-building” exercise if America were to stay. In looking at his task force’s recommendations, Obama says “I didn’t like the deal. But in what was becoming a pattern, the alternatives were worse.” As president, you’re doing a continual cost-benefit analysis on partial solutions to highly complicated problems. Just coming up with a best solution is difficult enough, but that solution is modified by the need to identify the best solution that is politically feasible. The book certainly fulfills readers’ expectations that they will get a peek behind the curtain, and a broader and more considered perspective on governance than appears in the daily newspapers and with TV talking heads and roundtables.

I was a bit surprised at how frankly President Obama gave his take on different world leaders and national figures in American politics:

Sarah Palin: “on just about every subject relevant to governing the country she had absolutely no idea what the hell she was talking about. “

Mitch McConnell: “what [he] lacked in charisma or interest in policy he more than made up for in discipline, shrewdness, and shamelessness — all of which he employed in the single-minded and dispassionate pursuit of power.”

There is a much fuller portrait of each of the characters mentioned, plus many more. I wonder about the wisdom of making such assessments or characterizations public. But people in public life must accept, to a reasonable degree, being represented in unflattering terms by others. And we must bear in mind that these people have other sides than what President Obama has seen. I assume that Elaine Chao has a different take on Senator McConnell.

Although public life and governing takes up most of the book, now and again there are interesting peeks into the Obamas’ family lives. Barack clearly admires, appreciates, and loves his wife. Michelle, he says, “constantly challenged me and kept me honest.” She was not a lover of political life and celebrity, telling him when he is considering running for president, “I hate politics. I hate the way it exposes our family.” Barack depended on her and their daughters to help give him some sense of normalcy and relief from the grind of politics. Although his duties as president could be all-consuming, he designated an hour and a half or so each evening to be with the family. He also greatly appreciated his mother-in-law, who lived at the White House and helped raise the children: “She lived by a doctrine of no fuss and no drama and was unimpressed by any form of opulence or hype…. What a gift my mother-in-law was.”

In terms of his religious convictions, Obama says he didn’t feel like God called him to run for president, and he describes himself as an occasional church-goer. On the other hand, he says he prayed every night and he did leave a prayer on the Western Wall in Jerusalem:

“Lord, protect my family and me. Forgive me my sins, and help me guard against pride and despair. Give me the wisdom to do what is right and just. And make me an instrument of your will.”

At another place in the book, Obama questions the degree of God’s involvement in human life:

“The truth is, I’ve never been a big believer in destiny. I worry that it encourages resignation in the down-and-out and complacency among the powerful. I suspect that God’s plan, whatever it is, works on a scale too large to admit our mortal tribulations; that in a single lifetime, accidents and happenstance determine more than we care to admit; and that the best we can do is to try to align ourselves with what we feel is right and construct some meaning out of our confusion, and with grace and nerve play at each moment the hand that we’re dealt.”

Obama is only human, not perfect — but my impression, from having lived through a number of presidencies — is that he was as well-qualified as anyone could be for the job and he tried really hard to make this country and the world a better place. He recounts a lecture he got from his mother, when, as a child, she had found out about him being a part of a group that teased a kid at school:

“You know, Barry, there are people in the world who think only about themselves. They don’t care what happens to other people so long as they get what they want. They put other people down to make themselves feel important.

Then there are people who do the opposite, who are able to imagine how others must feel, and make sure that they don’t do things that hurt people. So, which kind of person do you want to be?”

Unfortunately, not every future president got this lecture from a parent, but Obama seems to have taken it to heart.

This book should appeal to anyone who likes to learn about the world we live in, the geopolitical issues, the hot spots, the challenge and craft of governing, and also the severe limitations of what even the most powerful person on earth can do. President Obama is clearly very intelligent and his take on world events and strategic concerns is well worth studying. And for any of you considering a future run for president, I’d say it’s a must!

A Promised Land is available on Amazon in hardcover, Kindle, and audiobook.

Scott Moncrieff is a Professor of English at Andrews University