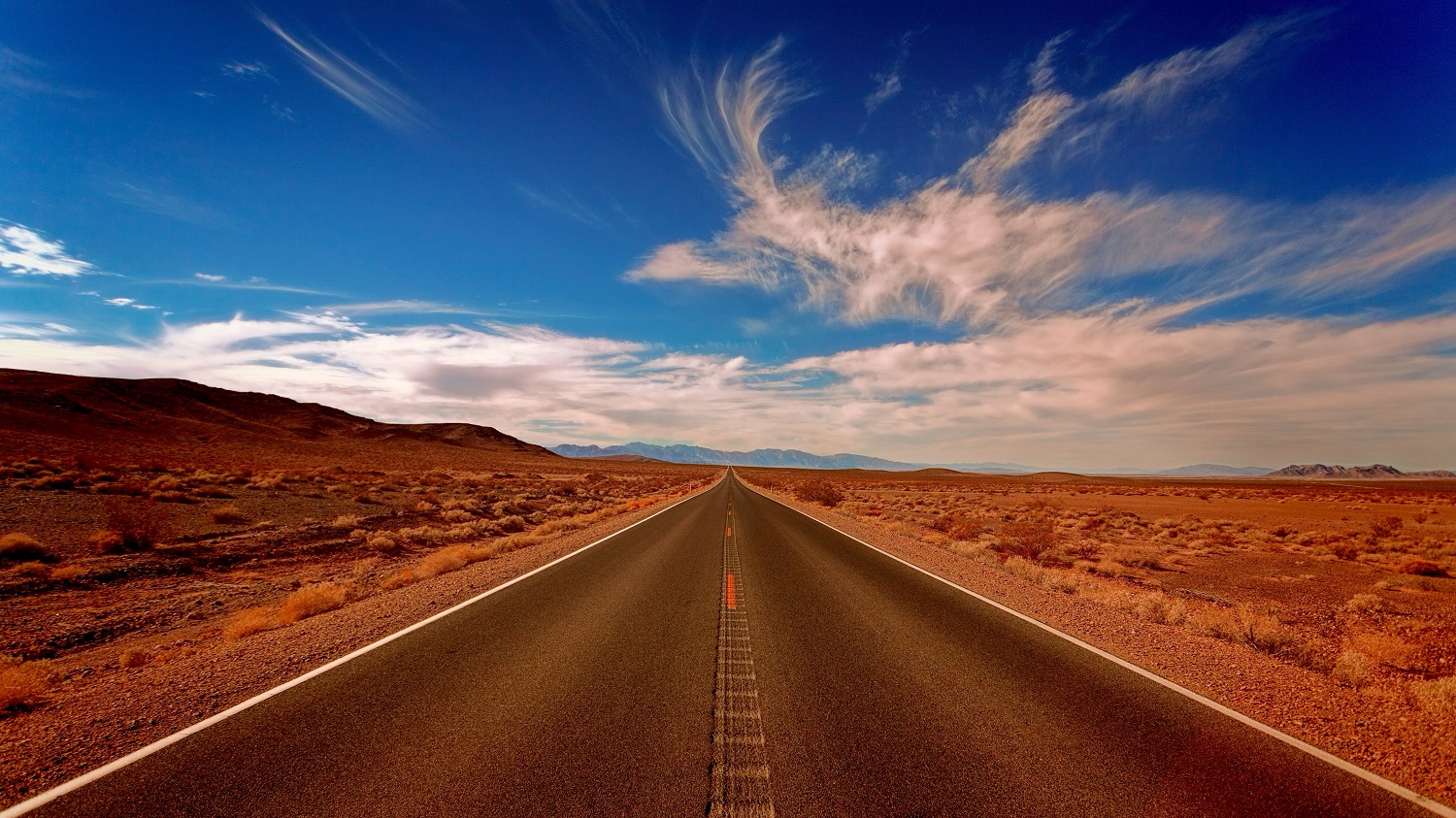 One of the surprises of growing older is to realize, on days that are bright, cold, and clean, that we feel younger than we really are. I don’t mean how we measure the occasional absence of aches and pains, but rather the mental image of ourselves that we carry, as if our present self looked with affectionate amusement upon our younger self, dressed in raiment three decades back and striding purposefully into the day.

We might want to say to that younger self, “Be mindful; listen to the sound of your footfalls; be dazzled by the choreography of birds overhead; allow yourself a smile directed nowhere in particular. Consider generosity with your time.” This private image we regard subjectively, as if we are watching a group that includes our younger self.

When we are young we think we’ll live forever, but that’s a characterization that only the old make of the young. The young might think in the abstract about death now and then, but for the most part they are just getting on with life — as they should. Perhaps we older folk confuse their attention to the present and the near-future with indifference to the terminus point for all of us. There’s time enough to think about death, much more time than one so young would think.

But time runs on and we run to keep up and much of what we grasp about life is learned breathlessly as we run. In the midst of going to college, first real jobs, raising children, seeing our parents age and become infirm, divorces, loss of jobs, switching careers, and retirement — we may have our moments of reflection waiting out the light at the intersection. Or we may wake at four in the morning, trying to puzzle out the riddle of our lives.

For many, religion is what they turn to when suffering overwhelms. “Life is suffering,” said the Buddha, a simple statement of fact in his lexicon, and he went on to offer examples. Pain, obviously, was suffering, but so also could happiness be suffering, if by that we indulge in desire before arriving at it, and bitterness when it’s gone. It was not so much the particulars within the general condition, as it was the general condition itself.

When I would introduce the Buddha’s statement to my Religions of the World classes, there would be puzzled looks and a shifting in their chairs. Almost invariably, someone would take exception by stating how good life was — or could be — if we would just quit moping around and be happy. It was almost an affront — almost unamerican — to admit to anything less than the best of all possible worlds. But others, those who would speak up hesitantly after others had had their say, would ask if the loss of innocence was suffering or if the pang of never arriving at a place one could call home counted as suffering.

Epicurus, working his garden and discussing philosophy with his students in Athens in the fourth century BCE, took the long view. “Death,” he said, “the most awful of evils, is nothing to us, seeing that when we are, death is not yet, and when death comes, we are not.”[2] Serenity in the face of the inevitable contrasted vividly with Dylan Thomas’ anguished cry to his dying father, to “Rage, rage against the dying of the light.”[3]

Augustine, whose book Confessions, is the first and longest open prayer to God, pours out his heart about the death of his best friend, unnamed to us.

“Well it was said of a friend that he is the soul’s other half. My soul and his I considered one soul in two bodies — so my life was unbearable, to live with only half of our soul, but my death was terrifying, perhaps to see his remaining half of soul die in me whom I so much loved.”[4]

Augustine fears death, not so much for himself, as for the extinction, finally, of his friend. Half a life is better than none at all. But that was when Augustine was a pagan.

Some years later Augustine has a different reaction to the death of his mother, Monica. She had been praying and weeping and beseeching for his conversion for years. When it occurs, as Augustine dramatically describes in the Confessions, her life’s work seems complete. Some days later she falls under a high fever and within nine days is dead. Augustine, in private, loosens the tears he had held in, “resting softly on my sobs at ease.”

He writes, somewhat defensively, “whoever wishes can read me and, as he wishes, decide whether I mourned my mother excessively, by this or that part of an hour, but not deride me for it.”[5] He is asking us not to judge him too harshly for weeping over his mother’s death, even though his weeping was for less than an hour. His grief is doubled, he says, by the fact that he is grieving. Apparently, he believed that for a Christian, such grief is unbecoming. In his own eyes Augustine is condemned for not having enough reliance on God to tough it out without giving way to his emotions. But we grieve because we love and a love that is not grieved is less than love.

And yet later, when his own precocious Adeodatus, a fine young man of seventeen, his son by a long-time mistress, is suddenly struck down, Augustine is at peace, for both of them — father and son — had been baptized on the same day. He does not weep nor break stride as he goes about his duties. His son is with God. And as he looks toward the Resurrection, missing Monica, Augustine foresees his own Mother and Child Reunion — an event greatly to be anticipated.

For Christians, Augustine tells us, our fear of death diminishes the nearer we are to God.

But not everyone has seen it quite that way. Consider Michel Montaigne (1533-1592), Renaissance statesman, philosopher, part of the nobility in France at that time, and the father of the modern essay. When Montaigne was thirty-six, he had a near-death experience. He was riding in the forest with three or four companions, servants in his household, musing over something intriguing to him, when suddenly he took a tremendous blow to his back, was flung from his horse, and landed ten yards away, unconscious. It seems that one of his men, a burly fellow, had spurred his horse to full gallop to impress his friends, and had misjudged the distance between himself and his master, inadvertently knocking Montaigne and his little horse off the path.

Sara Bakewell tells the story in her book, How to Live: Or A Life of Montaigne.[6] At the time, Montaigne felt himself to be drifting peacefully toward eternal sleep, although he was actually retching up blood and tearing at his belly as though to claw it open for release. For days he lay in bed recovering, full of aches and grievous pains, marveling at the experience he’d had and trying to recall every moment of it. It changed his life, which, until then, had been dedicated to learning how to die with equanimity and grace.

In an essay on death, written some years after the incident, Montaigne rather offhandedly sums up the lesson: “If you don’t know how to die, don’t worry. Nature will tell you what to do on the spot, fully and adequately. She will do this job perfectly for you; don’t bother your head about it.”[7]

Bakewell notes that this became Montaigne’s answer to the question of how to live. In fact, not worrying about death made it possible to really live. In an era in which a man of thirty-six could, by the limits of those times, see himself on the verge of getting old, the contemplation of death had been refined to a high art. Montaigne picked this up from his voluminous study of the Greek and Roman classics, his admiration for the Stoics, like Seneca, and the Roman orator, statesman and philosopher, Cicero, who famously wrote, “To philosophize is to learn how to die.”

Death was an obsession for Montaigne when he was in his twenties and early thirties. In succession, his best friend died of the plague in 1563, his father died in 1568, and in 1569 his younger brother died in a freak sporting accident. In that same year Montaigne got married; his first child, born that same year lived only two months. Montaigne lost four more children, only one of six living to adulthood. Yet, in spite of all that early sorrowful practice, he had grown no easier with death.

It wasn’t until his near-fatal accident that he began to understand how little his own death need affect his life. His memory of it was one of peaceful release; he had almost kissed Death on the lips. From that experience he gradually migrated from the fear of dying to the love of life.

Sometimes, we may be so concerned with dying that we forget the point is to live.

Lewis Lapham, the editor of Lapham’s Quarterly, parses the difference between how he was raised to think about death as a young man in the 50s, and today. He says that several thousand years of art, literature, and religion raise the question, “Why must I die?” And the natural follow-up question is, “How do I live my life?” Our question today is, “Why can’t I live forever?” And that, says Lapham, consigns the custody of one’s death to powers that promote the fear of it, among them the church, the state, the biochemical engineers, and those who will profit from our endless war against terrorism.[8]

If religion functions as a device (and I use the word deliberately) to ingratiate us to an absent god or to palliate the pain of our swollen egos, then it belongs in the medicine cabinet alongside the opiate of the people. But if it is so engrained in our being that it is first about being and only then about doing, then we have something that can see us through the valleys of suffering on the way to death.

As a person of faith, I am grateful for the insight of Eamon Duffy who says of the Christian’s way, “Our dignity and our burden is to be that part of creation which is conscious not only of itself but of its finitude,” and, “We sing to the light in the midst of a darkness which we know will one day devour us.”[10]

We may sing, not because we are indifferent to death, not because we resent the encroachment of death upon our absolute right to endless life right now, but because “This is eternal life: to know thee who alone art truly God, and Jesus Christ whom thou hast sent.”[11]

[6] Bakewell, Sarah. How to Live: Or a Life of Montaigne in One Question and Twenty Attempts at an Answer. New York: Other Press, 2010.