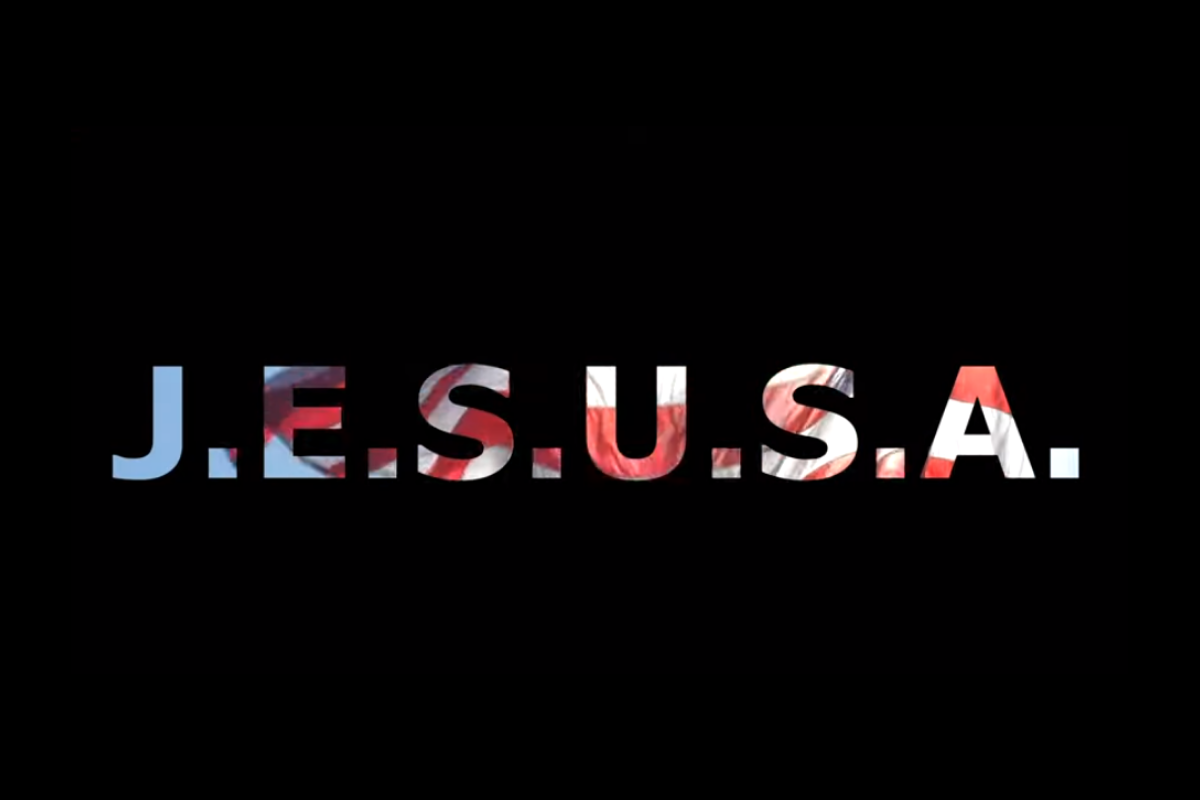 On Saturday afternoon, November 23, 2019, J.E.S.U.S.A. premiered at the American Academy of Religion in San Diego.

The film’s promoters describe it this way:

“J.E.S.U.S.A. is an in-depth exploration of the relationship between Christianity and American nationalism and the violence that emerges from it. Far from a new phenomenon, this documentary traces the co-opting of Christianity by the state all the way back to when the Christian faith became the official religion of the Roman Empire. Through interviews with a diverse group of scholars, pastors, historians, and activists, this film shows how specific readings of the Bible have led many Christians to confuse their devotion to Jesus with their dedication to the state. The film helps viewers rediscover and restore long-held Christian beliefs regarding nonviolence, inspiring Christians to become purveyors of peace rather than enablers of conflict and violence.”

At the premiere, viewers saw the implications to society when Christianity adopts the premise that evil is a force totally external to itself. Also, since some of the people featured in the film were in the audience, viewers could examine whether a fear-based triumphalism is helpful or harmful to a Christian ethos.

The showing in San Diego stimulated interest among educators who attended. Kevin Miller, producer of Hellbound?, is both director and producer of this film. Claudia and Ken Peterson, and Dorothee and Brad Cole were also key to the creation of the documentary.

J.E.S.U.S.A. will be released on February 25, 2020, and available on Apple, Amazon, and Google streaming services.