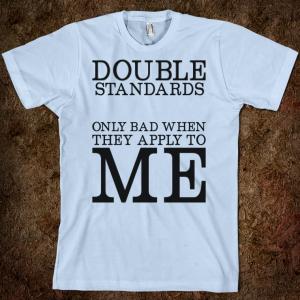 Before I make a few observations concerning the spiritual implications of the steps taken in the case of three employees of La Sierra University and a board member who were forced to resign from their respective positions, I'm going to share a couple of stories to set the scene.

Story #1. On December 1, 1980, I was one of five pastors ordained at Avondale Memorial Church, Cooranbong, New South Wales, Australia.

I don't remember the details of every aspect of the ceremony. But I do remember a lot about the ordination sermon—even though I have no recording of it and even though it took place more than thirty years ago. It was presented by Dr. James J.C. Cox, who had just arrived to assume the role of principal of Avondale College. For years before that he'd taught at the Seventh-day Adventist Theological Seminary at Andrews University. (I never dreamed then that years later, in Orlando, Florida, Dr. Cox would be one of my parishioners—and I would actually become comfortable calling him and his wife by their first names, "Jim" and "Alice.")

After illustrating his point and driving it home with a few more texts, after making it clear what Jesus' mission was and was not, Dr. Cox then applied Christ's example to our lives as soon-to-be ordained preachers. He said the "mantle" had been passed to us in the words of Jesus in his pre-arrest prayer, recorded in John 17:18: "As you [God] sent me [Jesus] into the world, I have sent them [all of Jesus' followers, and certainly ministers] into the world."

Dr. Cox reiterated yet again why Jesus had come—not to condemn but to save. Our marching orders—taken straight from Jesus' own words—are simply to continue the mission and modus operandi of our Lord. Our job is to be catalysts of salvation, not specialists in condemnation.

It was an inspiring sermon. Those words from the Bible became a benchmark by which I've sought to judge my subsequent ministry. The world is rife with condemnation. But hope, understanding, caring, inspiration, healing, restoration, reconciliation, redemption, salvation—these are all too rare. It's our task as Jesus' followers to ensure that this situation changes.

Story #2. Somewhere around 1990, Pastor Wallace Coe, who was a General Conference vice president at the time, stopped by Signs Publishing Company in Warburton, Victoria, Australia, where I was senior editor. Pastor Coe was there as the GC representative to attend one of the South Pacific Division's twice-annual major meetings. He'd stopped by the publishing house as part of a general itinerary around the division.

A friendly and fatherly man, Pastor Coe invited me to change my booking from Melbourne to Sydney so we could travel together, since we were both attending the same meeting and both needing to go to and from airports. While our direct interaction had been limited, our paths had actually crossed considerably. He'd been president in the Mid-America Union (or maybe it was still the Central Union) when I was young. He'd been president of the Columbia Union when I was a pastor in the Chesapeake Conference. His daughter had been one of my parishioners when I was in Chesapeake. He was at the General Conference when I was an assistant editor at the Adventist Review (which is based at the GC headquarters). So we were by no means strangers.

On the flight, Pastor Coe, who was nearing retirement, inquired about my ministry and reminisced about his. One thing he said really stuck with me: "When dealing with poor performance or bad behavior from an employee, he said, I try to keep two governing principles in mind: First, I always try to make sure I've followed the Golden Rule. Then I take it one step further: I ask myself, If my own son or daughter did what this employee has done, how would I want the administrator in charge to treat my son or daughter?" Pastor Coe's principles were simple, practical and, most importantly, redemptive.

Double Standards. Let me be candid: I believe in double standards. I believe it's reasonable to expect a higher standard from parents than from children. From teachers than from pupils. From pastors than from laypeople. From administrators than from those who report to them. Such double standards seem to be supported by scripture: "From everyone who has been given much, much will be demanded; and from the one who has been entrusted with much, much more will be asked" (Luke 12:48).

Even more significant, at the collective and corporate level, it's fair to expect from the Seventh-day Adventist Church more than just a basic worldly human sensitivity and more than just a basic worldly commitment to fairness and due process. After all, this spiritual organization to which we belong labels itself "God's Remnant Church" and claims to have the clearest spiritual insights of any organization on the face of the earth, bar none!

Such depth of insight into truth should manifest itself in some way at the practical level. So I have little time for attempts to give church leaders a pass for inappropriate behavior—behavior that’s unacknowledged and unrepented of—by declaring that they're "only human." If Nordstrom and the Ritz can create a corporate culture in which employees meticulously follow established protocols and consistently treat clients with the utmost consideration, there's no reason why the leaders of God's Remnant Church can't honor our church's corporate promises to its employees and members.

Oh, certainly, we are indeed only human. All of us. No matter what position we occupy and no matter how grandiose the claims of the organization to which we belong. Being human means that we'll at times slip and fall. Major slips and major falls, even. But being moral means we'll also be well practiced in such redemptive arts as saying: "I was wrong." "It was a bad decision." "I'm sorry." "I apologize." "What can I/we do to make it right?" "Please forgive me/us."

In the case of the Apostle Peter, being human meant that when the chips were down, he denied his Lord with curses. But being moral meant that he wept bitter tears of repentance when he realized the implications of what he'd done. In the case of King David, being human meant that, when he saw a naked woman of extraordinary beauty, he became obsessed and lost self-control. Then, when he realized he was going to be found out, he lost all reason and murdered a man to cover his tracks. That was his human side. But having a moral side meant that when David saw the magnitude of what he'd done, he declared without excuses or qualifiers, "I have sinned . . . " (2 Samuel 12:13). Psalm 51 offers insights into the depth of his anguish of spirit.

Church leaders don't have to be perfect. But they do need to be teachable. God can overlook ignorance (Acts 17:30)—and even fits of passion, rage, spinelessness and bad judgment. The real issue is whether we become repentant or merely more stubborn when it becomes clear that we've acted inappropriately. "If anyone, then, knows the good they ought to do and doesn’t do it, it is sin for them" James 4:17.

At the very least, by that point the board chairman should have fully realized that his actions weren't winning support in the court of LSU-employee opinion—even if he still believed he'd done the right thing. Yet, one must ask, from a moral/spiritual perspective, how could it ever be viewed as the right thing for a church leader to ignore the due process that the university’s various handbooks promise to La Sierra's employees? Isn't a promise a promise, be it personal or corporate?

I—and many others, I'd suggest—have no problem acknowledging that the LSU4 are guilty of breaking a promise to the church (baptismal vow) and to the university (clearly stated institutional expectations). And it can be argued that there was no choice but to fire them for what they did—although I happen to believe that there could have been far more redemptive approaches—particularly granted the issues of privacy surrounding how their actions came to light.

Due Process Crucial. In approaching such matters, final outcomes aren't as important as due process. If the process is right, the outcome will usually be right. If the process is flawed, the outcome will never pass the smell test, no matter how correct it might be. If promises made by employees to the church and the university are important, then so are promises made by the church and the university to its employees. Principle is principle.

The LSU4 broke their promises in what they thought was privacy of a home. The chairman of the LSU Board openly and publicly broke the promises of due process—even though he had the benefit of time to reflect and a serious request from the LSU Faculty Senate to reconsider.

One commenter on this website, responding to an earlier article, questioned what difference it would have made if the promised protocols had been followed. The LSU4 were clearly guilty, he contended. So the end result was going to be the same, no matter what. The men deserved to be fired. And, in essence, they were. So why all the grousing? The answer: Because following due process is what makes the difference between a lynching and an execution.

We may or may not agree with the decision to execute a given individual. We may or may not support capital punishment in general. But an execution—whether we believe it appropriate or not—adheres to duly enacted processes that at least make an attempt to ensure objectivity and fair treatment of the accused. By contrast, a lynching ignores the rule of law. It says, in essence, we're going to get the outcome we want, not matter what we have to do to get it. Fairness and due process be damned. Surely, Seventh-day Adventists, of all people, should support due process and the rule of law—both inside the church and out—especially granted the grandiose spiritual claims we make for ourselves.

I find the following three statements pertinent to this discussion:

(1) “It is very, very important for us, for our own spiritual experience, how we treat one another [and] how we act with one another. . . . It’s important that we know what we believe, but surely it is important that we treat each other well.” —Jan Paulsen, then-president of the worldwide Seventh-day Adventist Church, in a presentation to an “Abuse and Violence Taskforce” convened in Silver Spring Maryland. Source: Adventist Review.

(2) “You are familiar with what we call ‘policies’ . . . . They are agreements on how we are going to try to do things . . . . Let us honor them and work by them . . . . Mavericks who act independently and by their own wisdom do not make good administrators in this church.” —Jan Paulsen, then-president of the worldwide Seventh-day Adventist Church, in a presentation to Annual Council 2007 titled “Shared Responsibility—Shared Trust.” Source: Adventist News Network.

Isn't it reasonable to expect the same at all levels of the church structure?

—James Coffin is the Senior Pastor of the Markham Woods Seventh-day Adventist Church in Longwood, Florida.

This is the first half of part four in Pastor Coffin's series on the La Sierra University resignations.