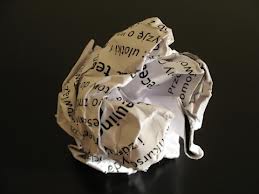 There is a lot of argumentation in the religious arena. I don’t mean heated shouting matches, although I suppose that happens too. I mean debate-style dialogs where one party states a position and provides support followed by the disagreeing party attempting rebuttal. Then, like innings in a baseball game, the roles reverse until resolution or some arbitrary limit is reached. There is certainly nothing wrong with this process. True religion is not all sermons and prayer meetings. Paul wrote “Let every man be fully persuaded in his own mind” (Rom. 14:5 KJV).

But some arguments are demonstrably flawed. And the bottom line ought not to be about winning, but finding truth. Humans are fallible and have limited knowledge. Thus we often unwittingly argue in ways that don’t hold up well under scrutiny. In this essay I would like to call attention to several problematic arguments I have seen invoked in religious apologetics.

In exploring this I am not intending to convey the impression that my own reasoning is impeccable and above reproach. People often derive pleasure in pointing out the mistakes of others but scrutiny ought to be about improving argument quality and recognizing methodological mistakes in order to avoid them in the future. Also, since weak arguments are easier to overturn, true but badly grounded beliefs are at greater risk. God is not honored if people believe something true using poor reasoning. And when error defeats truth via bogus argumentation it can even be tragic. Thus better understanding of the various mistakes in reasoning is important and ought to be non-controversial.

Here then are five examples of what I claim are poor arguments. This is anything but inclusive and intended more to exemplify the sort of problems one might encounter in religious discourse.

Sometimes writers quote Isaiah 8:20 as a way to determine if a doctrine is Biblical: “To the law and to the testimony: if they speak not according to this word, it is because there is no light in them.” (KJV). This would be okay as a partial solution but, in my experience, it is frequently used as if it alone is sufficient. For example, here are two comments from the Spectrum website:

·         And how does one decide what is "further light and knowledge" and what is straight from the prince of darkness? Isa. 8:20 gives us the answer, and it puts all the theories of infidel scientists (the ones which are out of harmony with Scripture anyway) in the category of gross error and darkness.

·         the criterion of Judeo-Christian church is "To the Law and to the Testimony if they speak not according to this word, it is because there is no light in them."

This principle can appropriately be used alone to determine some categories of error – those that flatly contradict the Bible. But there is also another different and very large set of possible errors – ideas that do not explicitly contradict the Bible but may be wrong anyway. That is why Isaiah 8:20 is necessary, but not sufficient. If it were sufficient it could be used to determine all errors.

For example, if someone declares Jesus is not the Son of God, that explicitly contradicts the Bible and Isaiah 8:20 applies. But consider this Ellen White passage: “The serpent plucked the fruit of the forbidden tree and placed it in the hands of the half-reluctant Eve.” (PP p.55). Now note that the Bible in Gen. 3:6 states: “When the woman saw that the fruit of the tree was good for food and pleasing to the eye, and also desirable for gaining wisdom, she took some and ate it.” There is no Biblical indication that the fruit was handed to Eve by the serpent or she was reluctant, although these details are not inconsistent with what the Bible does say. The point is that one cannot here use Isaiah 8:20 to demonstrate one way or the other whether Ellen White’s statement is “according to this word”.

This, of course, is a trivial example. The important point is that Isaiah 8:20 alone is insufficient much of the time. Any new, potentially inspired, information that does not explicitly contradict earlier inspiration slides by the Isaiah test. How would Isaiah 8:20 apply in trying to decide what should be added to the Biblical canon? If a candidate book included any new information – and they all did of course – there would be no simple decisive test unless it contradicted previously accepted material. And, on what basis would the first books be accepted? Contrary to what I think a lot of its appliers believe, Isaiah 8:20 has a limited range of usefulness. Thus the problem of establishing orthodoxy for new material is far less simple than some think. In the case of Ellen White one Spectrum commenter has stated: “The Bible is the Source of all her teachings and principles. She originates none of these. Elaboration and amplification are her work.” But the problem is correctly differentiating between origination and amplification.

I have read many arguments why Adventists ought to adhere to the most literal interpretation of the Biblical creation week account, i.e. seven calendar days that happened roughly 6,000 years ago. One example is found in an essay by GC Vice President Mark Finley: Beyond the Creation Story. In paragraph 17 he states: “To deny a literal six-day creation is to undermine the Sabbath commandment and to challenge the authority of God’s own declaration about His creative activity.” Finley’s article is ostensibly arguing for a literal seven day creation week. But appealing to the Sabbath gives no support whatsoever to his argument. It is instead a possible implication – a potential consequence of what he thinks would happen if Adventism were to doctrinally move away from Young Earth Creationism (YEC). The form of his sentence is: IF [one denies a literal six-day creation] THEN [the Sabbath commandment is undermined]. The undermining is a consequence.

To see this more clearly, consider a jury tasked with determining whether Young Earth Creationism is true or false. Mr. Finley is the attorney advocating for the YEC position. He can use whatever arguments he wishes but, to be persuasive, they must support his contention. You are on the jury and you are not Adventist – but that does not mean you are biased against YEC, just that you are not invested in the Sabbath doctrine. Now I ask you – as a juror – does Finley’s point that the Sabbath doctrine would be undermined if YEC were false – have anything to do with demonstrating the truth of YEC? It might be an undesirable consequence to an Adventist, but that is irrelevant in trying to prove that YEC is true.

The word “ignorance” should not be understood as pejorative. It doesn’t mean the arguer is stupid, only that he or she lacks sufficient information with which to ground the proposed conclusion. This problem is ubiquitous since we humans lack a God’s-eye-view, so when we make categorical statements (e.g. all swans are white) we are at risk because our finitude limits the extent of our knowledge.

When we use phrases like “it is impossible for …” or “there is no question that …” we make categorical statements that imply we are actually in a position of knowledge such that there is no possible way for us to be wrong about what we are asserting. Now, whatever statement is being made might very well be true. Perhaps all swans are white. That once was assumed true until a counter-example was discovered in Western Australia. The failure was ultimately because of the insufficiency of the then-current knowledge about swans in the world.

·         A mind is necessary to put the thing together. Such organization is unknown outside of actions by a mind.

·         There is no way the Bible and long ages and evolution can be harmonized.

·         There can be no misunderstanding to the intent of His words, no matter how much creative eisegesis is applied.

·         Systems like this cannot be explained by "emergence" of the type you're talking about. They can only be explained by intelligent design beyond very very low levels of functional complexity.

In earlier times people attributed many natural phenomena directly to God (or the gods). Zeus, for example, threw the lightning bolts seen during a storm. With the advent of scientific inquiry many things found in nature, once ascribed to God, were determined to be naturally caused. Some “gaps” in our knowledge of how the universe operated began to close. And with it the areas where God was thought to be directly involved. It has always been problematic when we attribute to God that which we don’t understand. But these days scientific success in closing knowledge gaps has been used in atheistic apologetics. The argument is by extrapolation. It asserts that many things once understood to be directly caused by God are now shown to be natural. Thus, with enough scientific advancement, all gaps will eventually be closed and any need for God would be removed.

One would think an intelligent modern atheist apologist would see the obvious mistake here. The past gap closing can be attributed to a simplistic religious perspective. But a past history of mistaken understandings says nothing at all about whether God actually exists. A genuine miracle is a gap that is never going to be closed. The problem with this atheistic debunking is that it assumes what it is trying to prove. Only if it is true that God doesn’t exist might it then be possible for the gaps to all be closed one day, because then everything necessarily would be naturally caused.

Ockham’s Razor is a principle of efficient reasoning articulated by William of Ockham (c. 1287 – 1347). It says that, among competing hypotheses, the one with the fewest assumptions is most likely to be correct. Consider a bullet-riddled body found in a grungy hotel room with signs of a struggle and a smoking gun on the floor. An investigator would begin searching for the whereabouts of the other party(s) involved. However, no one would spend any time pursuing the possibility that the perpetrator was an extra-terrestrial beamed down from an orbiting spaceship to do the murder. Ockham is saying something that should be obvious but sometimes is underappreciated: start with the most plausible scenarios in trying to determine cause.

But Ockham’s Razor is not a law. That is, the most probable causes don’t always turn out to be the actual ones. Why is this point important? Because miracles will always violate Ockham’s Razor. And Ockham gets invoked at times – explicitly or implicitly – in service of an argument against the possibility of miracles. David Hume famously argued this way, but an implicit hat tip to Ockham’s Razor sometimes also shows up in contemporary militant atheistic apologetics. This mistake is similar to the God of the Gaps problem noted above.

In my experience we humans have a very strong need to justify our beliefs for or against God. It is comforting to believe we are right. It also strokes our ego to believe that those who disagree have some deficiency – of intellect or even character.

Conversely it can be upsetting to ingest information that threatens one’s belief system. Besides the ego hit of being wrong, a destabilized world-view produces cognitive dissonance. No one likes to live in ambiguity but it seems to me there are some for whom ambiguity is even frightening. At least I wonder at the tenacity with which a view is sometimes held – to the point that any quality of argument is acceptable as long as it helps maintain the cherished view. Of course, this is false confidence, even if the bad argument turns out to be in service of truth.

However superficially masochistic it might seem we are much better served to tenaciously and systematically search for mistakes in how our understandings are supported. That especially includes recognizing what good and bad arguments are and whether we are basing any part of our world view on weak foundations.