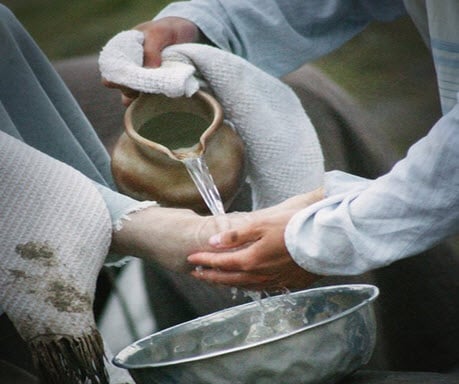 Recently I have been thinking about some of the most basic questions about Christianity that we often gloss over. For example, “What does it mean to be like Jesus?” We talk about this a lot, and rightly so. As disciples of Christ, it is of the most important questions that we should answer. For over 20 years the questioning phrase “What Would Jesus Do?” has been used and overused in Christian circles. But what does it really mean to be like Jesus?

I think if we’re really interested in being like Jesus, there are two things that Jesus did that we should do our absolute best to replicate as His disciples. The first thing that Jesus did was He became like those He was trying to reach. He did this in a very literal way. John 1:14 describes Jesus as the “Word made flesh.” Jesus literally changed his very being to become like those He was trying to save. Now certainly we cannot follow Jesus in this way. I highly doubt that we should become exactly like the people we are trying to reach. However, Jesus gives us guidance on how to accomplish this task to the best of our human ability. First Jesus shows us, through His own example, that we must treat outsiders and sinners (even using this phrase makes me uncomfortable, as if I am not a sinner) as equals. After all we are equals. We see in Mark 2:15-17 we see Jesus hanging out with sinners and treating them as equal to himself. He did not look down on them, and he didn’t treat them as markers on His way to some evangelistic quota. In the book Ministry of Healing, Ellen G. White says something very interesting about Jesus’ method of evangelism. “The Saviour mingled with men as one who desired their good. He showed His sympathy for them, ministered to their needs, and won their confidence. Then He bade them, "Follow Me." There is need of coming close to the people by personal effort. If less time were given to sermonizing, and more time were spent in personal ministry, greater results would be seen.”[1] I feel like churches (or at least people in my denomination) talk a lot about witnessing to people, but don’t talk as much about finding out what people want, or what they need, or wanting to really know who they are. The second thing that we can do in order to become like those we want to reach is to empathize with them and try to truly understand who they are. I think this is what Paul means when he talks about winning souls to Christ in 1 Cor 9:19-23. Paul was willing to forsake his freedom to understand the chains that bound others. He became as others in order to win them to Christ. It begs the question of whether we are willing to do the same, or whether knowing all we know and acting like we know it is too important to us to relinquish.

The second thing that Jesus did is the most obvious – Jesus gave his life for us. He gave up everything for us in order to redeem us, to give us the opportunity to be reconciled with Him one day. How much more can you say about that? Jesus went through pain and agony that none of us could ever imagine just because He loved us so much. I’m not sure that we can say that we are trying to be like Jesus if we are not willing to sacrifice for those we are trying to have join us in the kingdom. Furthermore, the sacrifices that we are called to give are so light in comparison to what Christ gave for us. So often all we have to sacrifice is time, treasure, talent, and selfishness. A small price to pay for a step that may end in the salvation of someone’s soul.

Therefore if there is any encouragement in Christ, if there is any consolation of love, if there is any fellowship of the Spirit, if any affection and compassion, 2 make my joy complete by being of the same mind, maintaining the same love, united in spirit, intent on one purpose. 3 Do nothing from selfishness or empty conceit, but with humility of mind regard one another as more important than yourselves; 4 do not merely look out for your own personal interests, but also for the interests of others. 5 Have this attitude in yourselves which was also in Christ Jesus, 6 who, although He existed in the form of God, did not regard equality with God a thing to be grasped, 7 but emptied Himself, taking the form of a bond-servant, and being made in the likeness of men. 8 Being found in appearance as a man, He humbled Himself by becoming obedient to the point of death, even death on a cross.

If we can find a way to do this – to have the type of attitude that exalts others above self. If we can rid ourselves of selfishness and empty conceit, if we can empty ourselves and humble ourselves to the will of God, than that, above all else, is being like Jesus.