Conviction and Moral Drift: War in the Story of Adventism

Conviction and Moral Drift: War in the Story of Adventism 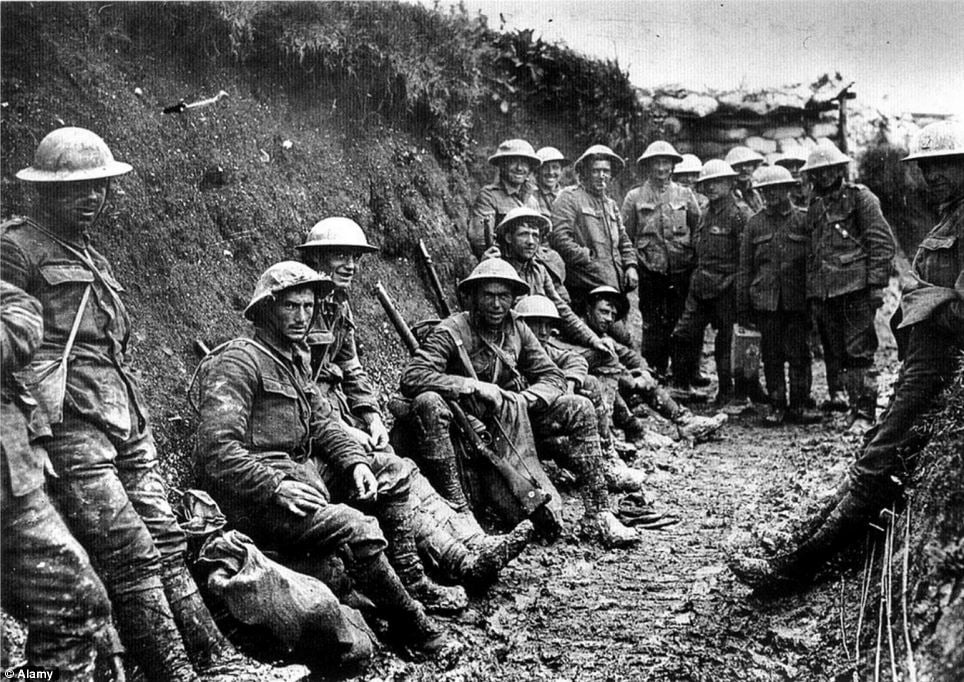 At Germany’s Friedensau Adventist University, presenters, guests and students have begun a three-day quest for constructive conversation about war and Adventist response to war.

The university’s conference on “The Impact of World War I on Seventh-day Adventists” has drawn participants from 26 countries.  About 15 of them represent the Reform Movement in Adventism that arose over conflict around the onset of World War I (or what was known at first as the Great War).  The Movement’s founders took issue with church leaders, initially in Germany, who under pressure from their governments, broke with the dominant pioneer position of refusal to bear arms in war.  Many of those who joined the Reform Movement were summarily disfellowshipped.

Yet the Movement is still alive in many countries, and still focused on the non-violence it takes to be mandatory for followers of Jesus.  The conference, which proceeds until May 5, will be the first opportunity for formal conversation between Reform Movement members and members of the Seventh-day Adventist Church proper.

For the conference’s Monday night opening session, in the university’s chapel, Adventist historian George Knight spoke on “Faith in Tension, the Great War and Internationalism, and a Lost Part of the Adventist Heritage.”  Against the view that the first Adventists were “unanimous” about what he called “pacifism,” Knight argued that James White represented a substantial sector when, near the beginning of the American Civil War, he argued that in the case of conscription, it would be “madness” — tantamount to “suicide” — to resist the government’s requirement of military service.  When the U. S. government did make provision, later in the War, for noncombatancy, the church’s leadership described the Adventist community as “unanimous” in the view that it must not support “the spirit and practice of war.”  Knight argued, though, that throughout its history, the church tended toward positions that allow members who participate in at least partial ways.  The 1864 statement reflected the ease at that time and under that government, of a pacifist-leaning point of view.  Under pressure since then, it has often been compromised.  In the end, the denomination moved toward widespread acceptance of a version of noncombatancy that permits the wearing of the uniform and encourages non-lethal forms of responsibility to the obligations required by national governments.

The story, since Vietnam, has turned toward unthinking nationalism.  Now, especially in the United States, Adventists have practically forgotten their own story.  In the absence of a draft, volunteers routinely join the army, and are often celebrated, even during worship services.  In South Korea, training for the use of arms in the military occurs even in Adventist higher education.  Knight concluded, ruefully, that Adventists have now “lost what had truly been an important aspect of its Christian heritage.”

With some 16 papers on tap, the conversation will be rich over the next few days.  Reports, from more than one author, will continue to appear on the Spectrum blog.

A statement has been published by the Seventh-day Adventist Church in Germany about the actions it took at the outbreak of World War I. The statement was adopted jointly by the Southern and Northern German Union Conferences.

On July 28th, 1914, a war broke out in Europe. Its dimensions eclipsed everything before it. Many Adventists saw the outbreak of the “Great War” as a sign of the end of the world. Before the war, many Adventists had served in the military but refused to carry out duties on Sabbath, risking potentially severe penalties. Now, other Adventists considered it part of the preparation for the imminent return of Jesus to refuse to carry weapons or to participate in the military immunization program.

However, shortly after the general mobilization on August 2nd, 1914, the Central European leadership of the Seventh-day Adventist Church in Hamburg issued a circular letter to the Adventist congregations in Germany recommending, “Insofar as we are members of the military or receive orders to enlist in military service, [we should] fulfill our military duties wholeheartedly and with joy […] In Joshua 6 we read that the children of God bore weapons and also served on Sabbath.” This letter and other publications provoked a complex protest in Adventist congregations, leading to tensions and divisions. In 1915, this state of affairs led to the rising of a separate organization, the self-designated “Reform Movement”, which accused its mother church, the “greater church” of a Babylonian apostasy from the true Advent faith.

Today we recognize and concede that during these disputes our Fathers often did not act in the spirit of love and reconciliation demonstrated by Jesus. Out of concern for the survival of the denomination in Germany, advice contradicting the Word of God was given which led to division and profound hurt. We also concede that the former Adventist leadership did not adequately fulfill their responsibility to the congregations. They unjustly accused members who contradicted them of having “fallen” from the truth, and in individual cases went as far as having people pursued by the authorities.

During negotiations with the Reform Movement from June 21st to 23rd, 1920, in Friedensau, Germany, Pastor Arthur G. Daniells, then President of the General Conference of the Seventh-day Adventist Church, objected to the statement of the German Church leadership regarding military service and emphasized, “We would not have made such a declaration.” At the Pastors’ meeting, which took place immediately after the negotiations in Friedensau, those responsible for the documents rescinded their statements as “erroneous”. On January 2nd, 1923, they again expressed their regret “that such documents have ever been released.”

Even though none of those directly involved are still alive, we ask their descendants and relatives along with the two still existing groups of the Reform Movement for forgiveness for our failings. From these painful experiences we have learned that the children of God are called to be people of peace, and to reject every form of violence against the innocent. We believe that disciples of Jesus are truest to the statements of the Holy Scriptures when they act as ambassadors for peace and reconciliation.

On June 27th, 1985, Pastor Neal C. Wilson, former President of the General Conference of the Seventh-day Adventist Church, expressed the same idea in his “Declaration of Peace” to the General Conference in Session in New Orleans, Louisiana, USA. “In a world full of fighting and hatred, a world of ideological and military conflicts, Seventh-day Adventists want to be known as peacemakers, and want to advocate for global justice and peace under Christ as the head of a new humanity.”

In the name of the Seventh-day Adventist Church in Germany